The BBC is investigating a Palestinian employee who tweeted “#HitlerWasRight” during the 2014 Israel-Gaza war.

Tala Halawa, who began her work as a digital journalist at BBC Monitoring in 2017, wrote a string of anti-Israel and antisemitic posts before her employment at the world’s largest broadcast news organization.

In one tweet from July 2014, Halawa wrote: “#Israel is more #Nazi than #Hitler! Oh, #HitlerWasRight #IDF go to hell. #PrayForGaza.”

In another tweet, shared by pro-Israel media watchdog HonestReporting, Halawa wrote: “#Zionists can’t get enough of our blood.”

The Ramallah-based journalist, whose most recent report for the BBC on the Israeli-Palestinian conflict was published last Sunday, deleted her social media accounts in the aftermath of her tweets being unearthed. 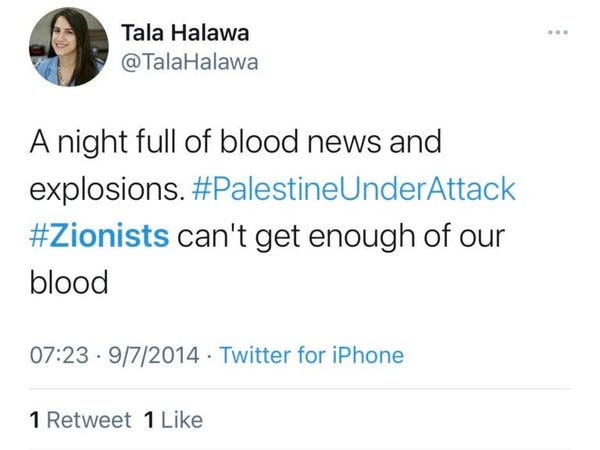 Halawa also posted controversial content on Facebook, according to HonestReporting, including an August 2014 graphic that called for the relocation of Israel to the United States. 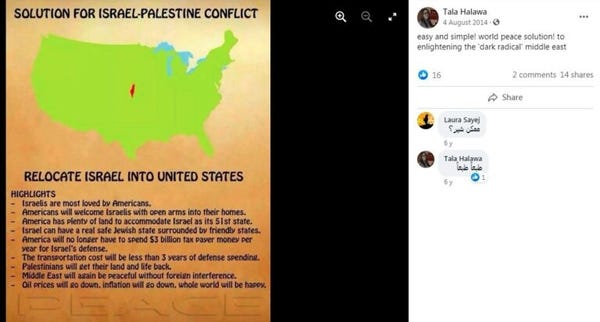 The BBC, Halawa’s employer, has strict guidelines on impartiality and social media conduct for its reporters.

“Nothing should appear on their social media accounts which undermines the integrity or impartiality of the BBC,” the organization’s editorial guidelines on social media say.

A BBC spokesperson, who confirmed that Halawa is being investigated, clarified that the offending content was from before she was employed by them.

“Whilst these tweets predate the individual’s employment the BBC is taking this extremely seriously and is investigating the matter with urgency,” a BBC spokesperson told Insider. “We are clear there is no place for views like this to exist within the BBC and we deplore racism and antisemitism of any kind.”

The hashtag #HitlerWasRight has been used increasingly in recent weeks, Insider’s Sarah Al-Arshani wrote. The Anti-Defamation League said that between May 7 and May 14, more than 17,000 tweets could be found that used variations of the phrase.

This coincides with a sharp rise in the number of antisemitic incidents since the start of the Israeli-Palestinian conflict, Insider reported.

Halawa’s investigation also follows the dismissal of Emily Wilder— a journalist who was fired from the Associated Press following tweets which the news agency said violated their social media policy.

Wilder, who is Jewish, said that she was not told which social media posts led to her termination. She has indicated that she believes she was fired because a group of college Republicans identified an old social media post in which she criticized the Israeli government in 2020, Insider’s Yelena Dzhanova reported.