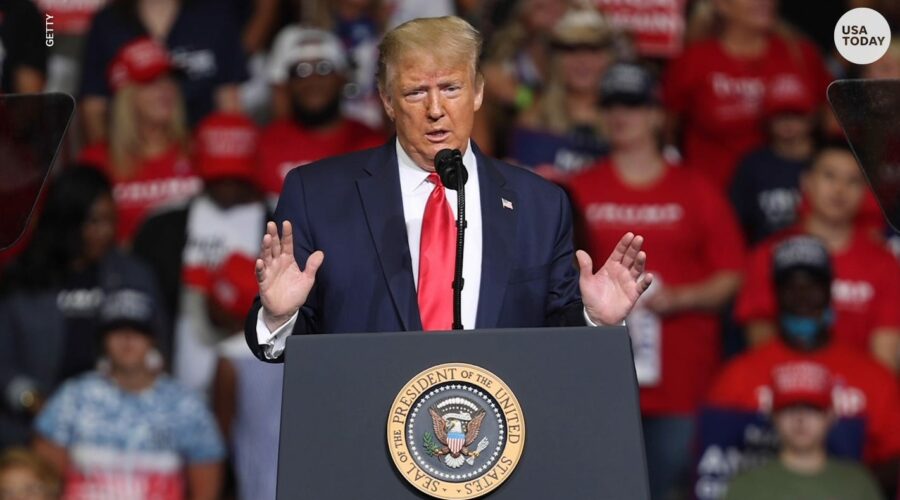 President Joe Biden challenged the U.S. Coast Guard Academy’s graduating class on Wednesday to “go out and be the future” in a rapidly changing world. “We need you badly – that’s not hyperbole,” he said to 240 grads in his first commencement address as commander-in-chief.

While Biden was looking to the future, New York courts were looking back. Today marks an escalation in the investigation of former President Donald Trump, as the state has joined forces with leaders of a long-running criminal investigation of Trump in Manhattan.

Want this news roundup in your inbox every night? Sign up for OnPolitics newsletter here.

Not good news for Trump

What does this mean? The implications of a criminal investigation into Trump and those in his close orbit have gained particular salience because Trump now lacks any immunity he enjoyed while president. The former president cannot pardon his former aides and close allies, a power he used to protect associates who were pursued in previous criminal investigations.

How did Trump react? In a lengthy written statement, Trump cast the attorney general’s announcement as political warfare.

“There is nothing more corrupt than an investigation that is in desperate search of a crime,” Trump said. “But, make no mistake, that is exactly what is happening here…The Attorney General of New York literally campaigned on prosecuting Donald Trump even before she knew anything about me.”

Is this the end of the Capitol riot bipartisan commission?

In yesterday’s OnPolitics, I wrote about House Republican Leader Kevin McCarthy’s opposition to a bipartisan commission to study the Jan. 6 riot at the U.S. Capitol.

The bill creating the panel could die in the Senate after McConnell announced Wednesday his objections to the measure, calling it “slanted and unbalanced.” One of McConnell’s concerns is that the Democratic chairman would control staff hiring.

McConnell’s opposition could be enough to torpedo the commission, seen by Democrats as necessary to independently examine the insurrection by a pro-Trump mob on Jan. 6 that left five dead and 140 police officers injured.

While McConnell’s opposition could weigh heavily within the GOP caucus, several GOP Senators wish to see the commission proceed, meaning Democrats could reach the necessary 60 votes.

What else is going on?

Hope you get to take a walk this week —Mabinty

19/05/2021 Politics Comments Off on OnPolitics: The stakes get more serious for Trump
Markets