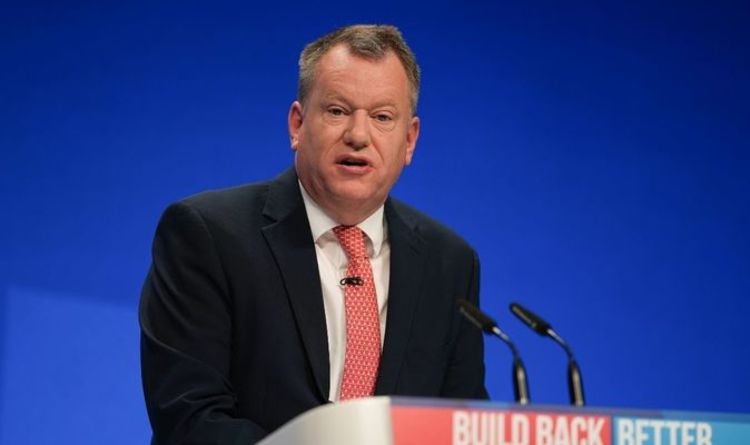 Jersey: Expert hits out at 'floundering' France in fishing row

Britain has sought to realign its electricity market closer to Europe in hopes of improving cross-border trading after Brexit removed the UK from the common system. However, Clement Beaune, the French Europe minister, has warned the EU is prepared to retaliate if fishing boats from France were not given access to the UK’s waters.

The ultimatum also included if the Government triggers Article 16 of the Northern Ireland Protocol, suspending part of the deal.

Responding to the comments at a fringe event at the Tory party conference in Manchester, Lord Frost told The Telegraph the threats made by Mr Beaune are unreasonable.

“For all the frustrations of the last 18 months, I can’t think that we as a country have resorted to those sorts of threats,” he said.

“We’ve not made those sort of direct threats to our neighbours, and the vaccine export ban earlier this year is another example of where the EU resorts to these sorts of threats quite quickly – and that’s not how we should behave.

“We don’t, and I don’t see why our neighbours feel they have to.”

The French Europe minister has stated that the plans in retaliation could be unveiled “in the coming days”.

In May, France threatened to cut off Jersey’s electricity supply as the post-Brexit fishishing row continues.

“We are ready to use these retaliation measures,” Annick Girardin, the maritime minister, told lawmakers in the French parliament at the time.

“I am sorry it has come to this.

Speaking at the Tory party conference in Manchester, Lord Frost stated Britain had been “extremely generous” in approving applications for operations to continue in Britains waters.

“We have granted 98 per cent of the licence applications from the EU boats,” he stated.

06/10/2021 Politics Comments Off on ‘Not how we should behave!’ Lord Frost slams France’s threat to shut off UK power supply
Markets