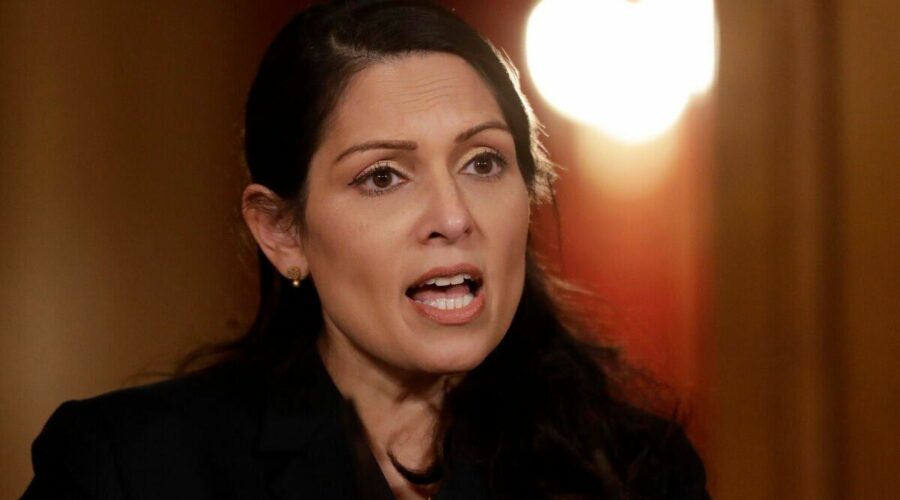 Priti Patel, 50, welcomed the decision taken by a judge in the High Court after a legal challenge threatened to stop a flight leaving for Rwanda on Tuesday. The migration partnership with Rwanda, which was officially signed in April, was introduced as part of the Home Secretary’s plan to curb illegal and dangerous Channel crossings.

Speaking about the decision taken at the High Court, the Witham MP said: “I welcome the court’s decision in our favour and will now continue to deliver on progressing our world-leading Migration Partnership.

“People will continue to try and prevent their relocation through legal challenges and last-minute claims but we will not be deterred in breaking the deadly people smuggling trade and ultimately save lives.”

Ms Patel added: “Rwanda is a safe country and has previously been recognised for providing a safe haven for refugees – we will continue preparations for the first flight to Rwanda, alongside the range of other measures intended to reduce small boat crossings.”

“We cannot allow people traffickers to put lives at risk and our world leading partnership will help break the business model of these ruthless criminals.”

He said there was “material public interest” in giving the flight the go ahead.

Opposition parties have condemned the policy and expressed disappointment at the decision taken by Mr Justice Swift.

During his visit to Northern Ireland, Labour leader Sir Keir Starmer, 59, claimed the Rwanda plan was a “chaotic diversion”.

The ex-Shadow Brexit Secretary added: “The Government’s Rwanda scheme is a chaotic diversion, not-thought-through scheme which isn’t going to solve the problems.

“Of course we don’t want people making that dangerous crossing, of course we want to clamp down on people smugglers.

“The way to do that is to have a proper plan with the French authorities and a proper plan for upstream operations to intercept these groups before they even arrive on the north coast of France.”

“This cartoon villain nonsense will now open up a hugely lucrative and far more dangerous trafficking route from Rwanda.

“Witless and immoral. Quite an achievement…”

11/06/2022 Politics Comments Off on ‘Not deterred!’ Patel vows to take on future challengers as Rwanda plan wins in High Court
Markets