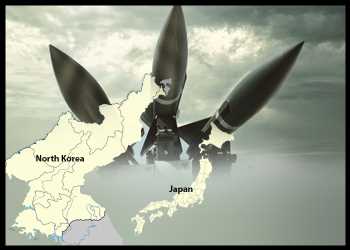 The unprovoked surprise launch Tuesday morning did not cause any harm, and the missile fell into the Pacific Ocean, reports said.

The missile reportedly covered 4,600 kilometers – a distance enough to target the American island of Guam in the Pacific.

This marks Pyongyang’s first missile launch over Japan in five years, which is banned by the UN.

Local authorities issued an alert for residents in the north of Japan, including Hokkaido island and Aomori city, to remain indoors or evacuate into underground, and to look out for falling debris.

Japanese Prime Minister Fumio Kishida described the launch as “violent behavior.” Defense minister Yasukazu Hamada said Japan would not rule out any options to strengthen its defenses including “counterattack capabilities”.

In both calls, the National Security Advisors consulted on “appropriate and robust joint and international responses,” the White House said.

Jake Sullivan reinforced the United States’ ironclad commitments to the defense of Japan and South Korea.

“The United States will continue its efforts to limit the DPRK’s ability to advance its prohibited ballistic missile and weapons of mass destruction programs, including with allies and UN partners,” Watson said.

05/10/2022 Politics Comments Off on North Korea Fires Missile Over Japan; US Consults Allies On ‘responses’
Markets