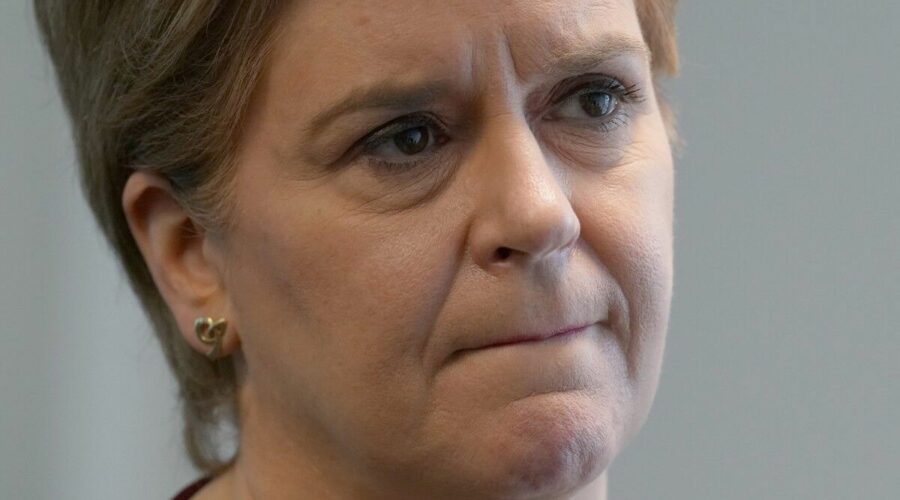 Scotland has 'no appetite' for second referendum says Offord

Conservative MP Malcolm Offord joined the Scottish Labour leader Anas Sarwar and John Nicolson from the SNP on Scotland’s main political debate programme to discuss demands for a second vote on Scottish independence. Mr Offord slapped down Nicola Sturgeon’s party for pushing for a second vote after the SNP topped the vote share in the Scottish local elections results last week. He told the programme that Scotland and “no appetite” to revisit the constitutional question.

Conservative MP Malcolm Offord told BBC Debate Night: ‘At the end of the day, at the Holyrood election..the SNP did not get a majority.

“When the 2014 referendum was done, Alex Salmond did have a majority and there was agreement across all Westminster and Holyrood to have that referendum, it was done therefore on a legal basis.

“There’s no appetite in the country to have a referendum, especially in these most difficult times that we have today.”

He continued: “We are the United Kingdom at the end of the day, and we have to move forward in this moment of crisis together.”

It comes after the SNP’s Westminster leader said called for another Scottish independence referendum following his party’s victory in the local elections.

Ian Blackford told MPs on Tuesday, that the “game is up for the union.”

He added that the SNP is not seeking the Prime Minister’s “permission” for indyref2, as the only permission it would need is the “democratic permission of the Scottish people”.

He also called on the Government to deal with the cost-of-living crisis by bringing forward an emergency budget following the agenda-setting Queen’s Speech.

SNP is 'on the move to IndyRef2' says Oswald

The Ross, Skye and Lochaber MP said the Conservatives had suffered a “democratic drubbing” in the local polls, adding it was the SNP’s 11th election victory in a row.

He told the Commons: “Democracy has spoken in Scotland, it has spoken before and it will speak again and again.

“All our democratic decisions are saying exactly the same thing: Scotland rejects this Westminster Government, we reject the Tory party and we demand the choice of an independent future.

“The Scottish people know the cost of living with Westminster. We know the price we pay with the Prime Minister and the price of being stuck with a Tory Government we didn’t vote for and it is price none of us in Scotland, not one of us, can afford to pay any longer.”

Intervening, Conservative MP Andrew Bowie said the SNP had not increased its vote share in eight years, adding that “the game is up” for the party.

In last week’s all-out local council polls, the SNP won the largest share of seats across Scotland’s 32 councils, with 453 councillors elected across the nation, compared with Labour’s 282 in second place, and the Tories’ 214 in third.