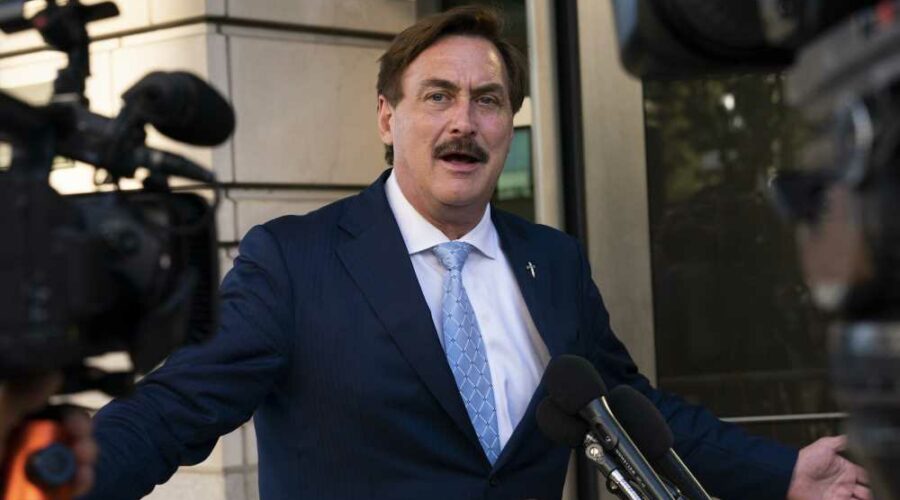 Yet another attempt by Trump buddy and MyPillow CEO Mike Lindell goes down in flames.

“Once we had the document in hand, we immediately believed there was something amiss,” Chief Deputy Secretary Chad Houck said in a statement released late Wednesday.

“This document alleged electronic manipulation in all 44 counties. At least seven Idaho counties have no electronic steps in their vote-counting processes,” he added. “That was a huge red flag, and one we knew we could either prove or disprove fairly directly.”

The Anti-Vaxx Movement Is Taking Over the Republican Party

The Koch Empire Goes All Out to Sink Joe Biden's Agenda — and His Presidency, Too

The 80 Greatest Dylan Covers of All Time

Still, the state took the allegations seriously by sending staff from the Secretary of State’s office to visit two Idaho counties, Camas and Butte, last week to conduct a canvas of the ballots.

“The office of the Idaho Secretary of State takes free, fair, and accurate elections seriously,” Secretary of State Lawerence Denney said, according to KMVT, “so when we are presented with allegations that come with specific details which we can examine, we want to do so.”

In the document, Lindell claimed that Biden should have received 130 votes instead of 188 in Butte County, but upon reexamination, the county found the votes were counted accurately and Biden had 188 votes, the Secretary of State’s office said.

“The actual ballots, upon manual inspection and hand-evaluation in the presence of local representatives from both Republican and Democratic parties, in fact, showed exactly the expected 188 marked votes for Biden, not 130 as alleged,” Houck said.

In Camas County, the recount did find one extra vote for Trump, but chalked it up to human error. “This human error of 0.14 percent could easily have been in our own process, or on Election Day, but it was well short of the supposed 54-vote difference alleged by the ‘Big Lie’ spreadsheet,” Houck said.

Officials intend to conduct a recount in one other county, thanks to Lindell’s ridiculous claims.