Fox Business contributors Liz Peek and Bill McGurn react to the Biden administration announcing it will not rule out future lockdowns and mandates.

A federal appeals court panel has allowed a vaccine requirement for employers with 100 or more workers, although Republican attorneys general, business associations and conservative groups have appealed to the U.S. Supreme Court. A vaccine mandate for companies that have contracts with the federal government is on hold nationwide, while a separate mandate for health care employees who work for providers that receive federal Medicare or Medicaid funding has been blocked in half the states.

The courts are responding to lawsuits brought by Republican-led states, conservative groups and some businesses. They argue in part that the vaccine requirements infringe on states’ rights to regulate public health matters. Numerous legal challenges are pending, some involving groups of states and others filed by states acting alone.

The legal cases concern whether the federal government can force employers to require vaccinations. Courts have generally been accepting of requirements that businesses and universities have put in place on their own — as well as those imposed by state and local governments.

More than four-fifths of adults nationwide already have received at least one dose of a COVID-19 vaccine. But Biden contends his various workforce vaccine mandates are an important step to drive up vaccination rates and contain the virus outbreak, which has killed more than 800,000 people in the U.S.

OMICRON MORE LIKELY TO REINFECT THAN DELTA NO MILDER: STUDY

Opponents have taken a three-tiered approach to challenging the requirements. In lawsuits, they contend the vaccine mandates were imposed without proper public comment, were not authorized by Congress and infringe on states' rights to regulate public health matters.

"The reasoning across the cases is basically the same, which is that these statutes don’t give the president or the agency in question the authority to issue the mandates," said Gregory Magarian, a constitutional law professor at Washington University in St. Louis.

The Biden administration contends its rule-making authority is firm and supersedes any state policies prohibiting vaccine requirements. Recent experience shows that such mandates generally prompt people to get vaccinated: By the time a Biden requirement for federal workers to be vaccinated took effect in late November, 92% had received at least their first dose of the shot.

Following is a rundown of some of Biden's most sweeping vaccine requirements and the status of the legal fights over them. 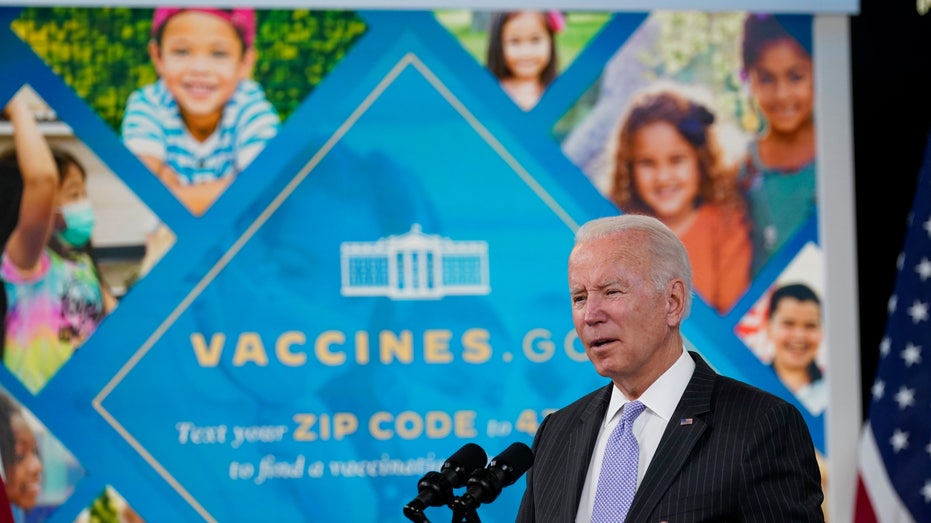 What it would do: Under a rule published by the U.S. Occupational Safety and Health Administration on Nov. 5, businesses with 100 or more workers are to require employees to be vaccinated. If they are not, they would need to be tested weekly and wear masks while working, with exceptions for those who work alone or mostly outdoors. The rule was to go into effect Jan. 4. The requirement would affect businesses with a cumulative 84 million employees, and OSHA projected it could save 6,500 lives and prevent 250,000 hospitalizations over six months.

Who’s challenging it: The requirement is being challenged by 27 Republican-led state governments, some conservative and business groups, and some individual businesses. The states mostly filed lawsuits in groups, though Indiana challenged it alone. Their arguments include that it’s the job of states, not the federal government, to deal with public health measures. The Biden administration maintains that the measure is legal. Some labor unions also contested the rule, though not for the same reasons as the Republicans and business group. They say it doesn't go far enough to protect workers.

Where it stands: The OSHA rule is allowed to take effect, at least for now. On Dec. 17, a three-judge panel of the 6th U.S. Circuit Court of Appeals allowed the mandate, reversing a decision by a panel of judges in the New Orleans-based 5th circuit. The legal challenges originally were filed in various U.S. appeals courts. The cases subsequently were consolidated into the Cincinnati-based 6th circuit, which was selected at random.

What’s next: Republican attorneys general, business associations and several conservative groups immediately appealed the 6th circuit ruling to the U.S. Supreme Court. In the meantime, OSHA announced that it would not issue citations before Jan. 10 for its vaccination mandate or before Feb. 9 for its testing requirement to give employers time to adjust.

BIDEN ADMINISTRATION MOVES AHEAD WITH EMPLOYEE COVID-19 VACCINE MANDATE, AS STATES APPEAL TO THE SUPREME COURT

What it would do: Under a rule published by the Centers for Medicare & Medicaid on Nov. 5, a wide range of   providers that receive federal Medicare or Medicaid funding were to require workers to receive the first dose of a COVID-19 vaccine by Dec. 6 and be fully vaccinated by Jan. 4. The rule would affect more than 17 million workers in about 76,000 health care facilities and home health care providers.

Who's challenging it: The rule was challenged in four separate lawsuits filed by Republican-led states, mostly in groups. Florida and Texas mounted their own challenges. The states argued that there were no grounds for an emergency rule, that CMS had no clear legal authority to issue the mandate and that the rule infringes on states' responsibilities.

Where it stands: The rule is on hold nationally, but a ruling Dec. 15 gives it the possibility of moving ahead in about half the states. A Missouri-based federal judge issued a preliminary injunction Nov. 29 barring its enforcement in 10 states that had originally sued. The next day, a Louisiana-based federal judge issued a preliminary injunction barring enforcement in the rest of the states. But on Dec. 15, that was narrowed to the 14 suing in that court. And on Dec. 15, a federal judge in Texas granted an injunction that applies only to that state. After the decisions, there is a possibility the mandate could be enforced in 25 states where no injunction is in place. The Centers for Medicare & Medicaid have not said whether they will pursue that path.

What's next: The court rulings are being appealed by the Biden administration. On Dec. 16 the administration asked the Supreme Court to block the lower court orders that are keeping the mandate from going into effect in about half of the states. The case filed in Missouri is being considered by the St. Louis-based 8th U.S. Circuit Court of Appeals. The case filed in Louisiana, which was brought by a coalition of 14 states, is being considered by the 5th Circuit. So far, there's been no move to consolidate the challenges in a single court. 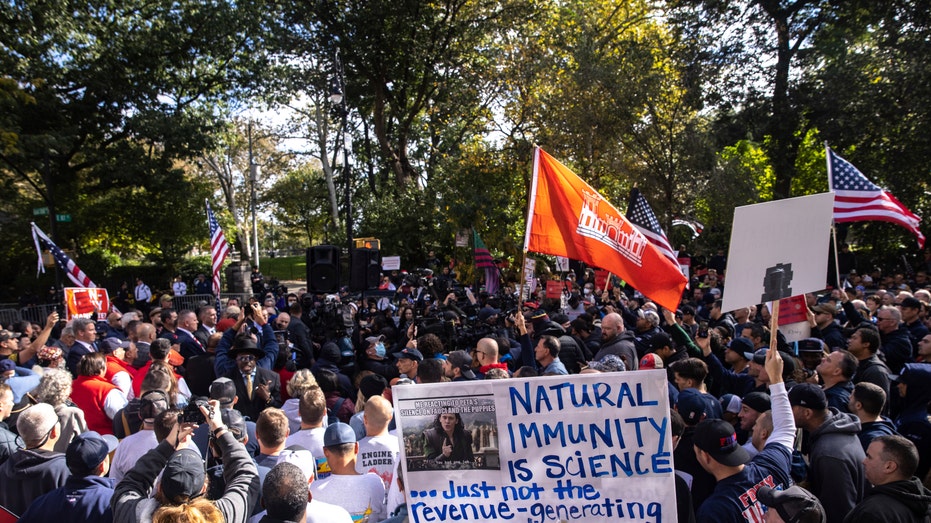 What would it do: Under an executive order issued by Biden on Sept. 9, contractors and subcontractors for the federal government are required to comply with workplace safety guidelines developed by a federal task force. That task force subsequently issued guidelines requiring that new, renewed or extended contracts include a clause requiring employees to be fully vaccinated Jan. 18. That meant those receiving a two-dose vaccine must get their second shot by Jan. 4. There are limited exceptions for medical or religions reasons. The requirements could apply to millions of employees.

Who's challenging it: The guidelines have been challenged through more than a dozen lawsuits, including seven brought by Republican-led states or coalitions of states. The arguments are similar to those against other vaccine mandates, asserting the Biden administration exceeded the procurement rule-making powers granted by Congress, infringed on states' responsibilities and didn't properly gather public comment.

What's next: Legal challenges pending in several other states could lead to additional rulings on requests for injunctions. The Kentucky or Georgia rulings also could be appealed.

A quick consolidation of the federal contractor lawsuits appears unlikely.