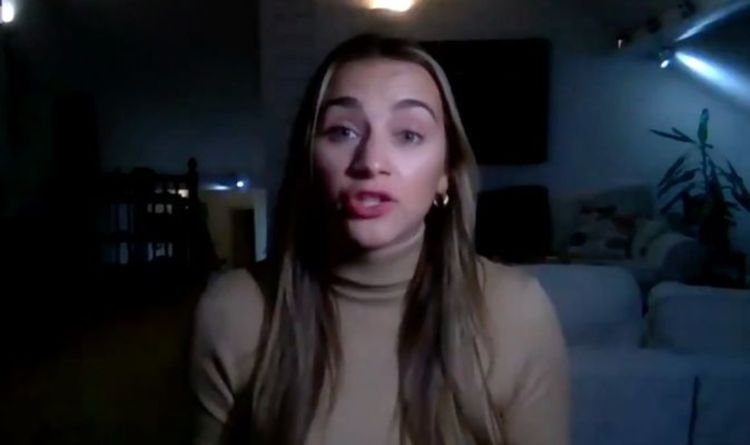 She said: “Whilst there were some good messages in this speech, particularly around the green new deal and some investment that would go some way to tackling those issues, it was missing a huge amount of substance.”

Ms Blakeley, who works as a columnist for the socialist magazine Tribune, added: “I just don’t think it spoke to many of the issues that people out there living through this pandemic on low-wages, struggling to get by are really going to respond to.

“Keir really needs to be reaching out and showing that he is going to be able to tackle those massive massive challenges that our country is facing.”

While Ms Blakeley argued the speech lacked substance, Sir Keir Starmer stood before members at the party conference in Brighton for a total of 90-minutes.

Online blog Guido Fawkes pointed out that this was three times longer than the Sermon on the Mount, 10 times the length of John F Kennedy’s inaugural address and an hour longer than Winston Churchill’s ‘fight them on the beaches’ speech.

Ms Maitlis opted to challenge the Corbynite columnist over how she could claim a 90-minute long speech lacked substance.

“Do you really think it was missing substance?,” Maitlis asked.

“It was really long and he did talk about a lot of things.

“I’m surprised there you say it was lacking substance.”

But Blakeley responded by listing a set of policy areas that Starmer had avoided during his speech.

“I think it was a real achievement to manage to speak for such a length of time without really putting that much meat on the bones of any policy,” she said.

“Think about the things that weren’t mentioned.

“Inequality wasn’t mentioned, nothing really on taxation, no real mention on changing ownership structures, sure there was a bit on the green new deal, nothing on social housing – that is a massive massive issue to many Labour voters.”

Labour members on the left of the party also challenged Starmer during his address.

While the Holborn & St Pancras MP was heckled throughout his 90-minute speech, the Labour leader swatted away his Corbynite challengers by asking delegates: “Shouting slogans or changing lives, conference?”.