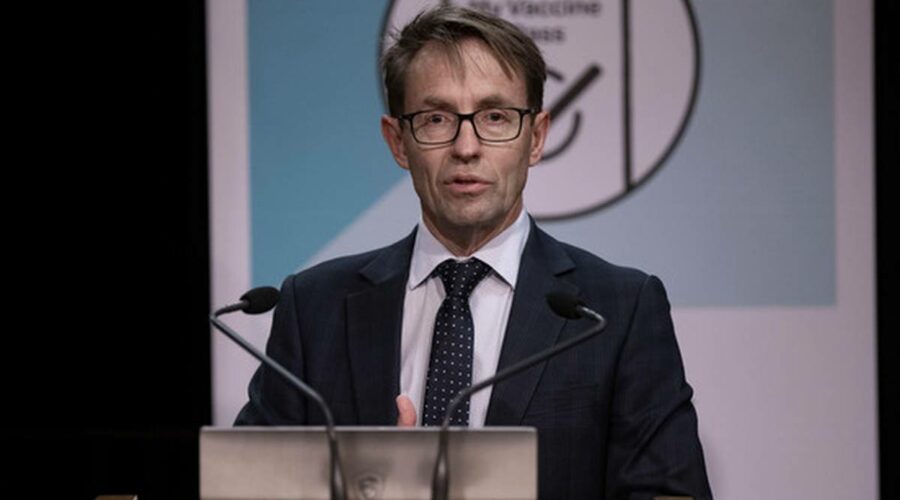 The Ministry of Health asked Rapid Antigen Test suppliers to “prioritise its orders,” over those of private businesses after just 2 per cent of the Ministry’s orders for January and February from one supplier “confirmed” delivered as of late January this year.

This was despite the Covid-19 Minister telling Parliament the Ministry did not ask for tests that were intended for private businesses, and only sought to front load the delivery of the Government’s own stocks. The Ministry said at the time it had ordered them to be prioritised.

In the event, test suppliers acknowledged that despite telling their own customers that the Government wanted its orders prioritised, the tests were delivered in the order in which they were purchased: government first.

At the end of January, businesses began reporting that orders for RATs had been cancelled after the Government requisitioned stocks. Leaked emails from companies supplying two brands of RAT into New Zealand also said the Government had taken orders, although the companies that sent these emails later retracted them.

In January, when asked about the missing tests, director general of health Dr Ashley Bloomfield told a press conference they were not requisitioned, but “consolidated”.

Later that day, on Heather du Plessis-Allan’s Drive show, Bloomfield explained what he meant by “consolidated”: “The conversations we had with suppliers is if they had orders with New Zealand-based companies, our expectation is they would prioritise the orders to the Government first”.

“My understanding from the conversation that I have had with Dr Bloomfield was that he was referring to the consolidation of the Government’s orders,” Hipkins said, implying that no private orders had been taken.

Emails released by the Ministry to the Herald under the Official Information Act show it asked suppliers to prioritise public and private orders to the Ministry. They also show that in the case of one test manufacturer, the Ministry asked for the tests to be supplied “exclusively” to the Government, while it built up its stocks.

The Ministry told the Herald the emails simply show “all RAT orders were fulfilled in the order they were placed”.

As early asJanuary 11, the Ministry was planning to have its stock prioritised ahead of other orders.

In an email to Government agencies, it said “where suppliers are needing to make calls on what orders they will fulfil from available stocks and look to us for guidance, the Ministry of Health will perform the role of prioritising RATs orders for government agencies”.

On 14 January, Frank Schulpen, the national lead of supply chain operations wrote to Abbott, a test manufacturer, saying the Covid-19 Minister and Department of Prime Minister and Cabinet, overseeing the wider Covid response, were getting restless about the status of tests ordered by the Government.

“Having to advise that we are still waiting for Abbott to confirm delivery schedules is starting to wear a bit thin,” Schulpen said.

“[P]lease impress on your superiors that the highest level of NZ Government is now asking for firm delivery schedules to enable the execution of its plans to manage Omicron,” Schulpen warned.

In late January, the Ministry was still struggling to get information about where its tests were, and how many would make it into the country on time.

Early on January 22 two Ministry staffers sent excoriating emails to Abbott warning they had information on just 5 per cent of their January and February orders and confirmed delivery of just 2 per cent of orders.

Kelvin Watson emailed Abbott saying he could not “express the level of disappointment here”.

“I appreciate you are working hard and are reliant on others for answers, however the below represents information on less than 5 per cent of our orders for the Jan/Feb period, and confirmed deliveries for less than 2 per cent of these orders,”

Watson said he had told “the director general of health and the PM” that he could confirm delivery schedules for New Zealand’s stocks by the day before – unfortunately this was not the case, and no delivery schedule could be confirmed.

Watson said Bloomfield would expect an “escalated conversation” with Abbott about the missing tests and suggested going to “the next level up … someone called Jeff in the US?”

He was referring to Jeff Haas, Vice President, Specialty Products and Managed Healthcare. Bloomfield was eventually able to send him an email.

Schulpen added his indignation to Watson’s.

The same day, he wrote to Abbott saying he was “concerned” that the quantities of tests being fulfilled meant Abbott would just be “fulfilling the earlier orders placed in November and the first week of December”.

He added he was “really, really disappointed that with millions of capacity each week … this is all we have firm”.

“By Monday, I hope this situation will be corrected and that Abbott, as a global supplier that the NZ Government has placed its trust in, will be delivering on what is required”.

Bloomfield himself weighed in, firing off an email to Haas saying “we are struggling to get any information out of Abbott with regard to the fulfilment of these orders, the quantities allocated to New Zealand and confirmation of production and delivery schedule”.

Bloomfield said the information he was able to get was “well short of our expectations” and put “our public health response at risk”.

“I would like to urgently schedule a conversation with you within the next 24 hours to discuss these issues and understand what is in place to fulfil these orders for New Zealand,” Bloomfield wrote. A conversation was scheduled, but it is not clear what was said.

Over the following days, the Ministry asked for its orders to be prioritised.

The Herald was leaked two emails to purchasers of Roche and Abbott tests, which told customers the suppliers were “directed” to “only” supply Ministry orders, and not the orders of private businesses.

Both emails were retracted by the companies that sent them. The confusion was understandable, however, as the Ministry had to remind both Roche and Abbott that the order to prioritise the Government’s orders was a “request” and not a “legislative requirement” to take the tests.

In the case of the retracted Abbott email, the Ministry even worked on a release with Abbott which confirmed what its customers had been told: that the Ministry would have exclusive rights to Abbott tests for a period of time.

But confusion existed at Roche too.

An email to Roche in February reminded the company the “request from the Ministry to prioritise its orders was just that, a request, not based on a legislative requirement”.

The Ministry added that it did “have the legislative power to do this”, but “we have not enacted it for the supply of RATs”.

Bishop said this line showed the “Ministry … leaned on the various suppliers and made sure the Government got the tests ahead of everyone else”.

The Ministry requested to have all tests coming into New Zealand provided exclusively to the Government.

On 24 January, Abbott’s Regional Managing Director for Australia, New Zealand and the Pacific, Mark Volling, wrote to the Ministry seeking advice on what to tell its clients about the Ministry’s decision to get the tests first.

Volling wrote, “Please be advised that as per the direction provided by the New Zealand Ministry of Health we … will be providing all Abbott Panbio Antigen Rapid Test … imported into New Zealand exclusively to the Ministry of Health for their distribution and use in the short term until supply is able to catch up to demand”.

The Ministry suggested changing the word “direction” to “expectation”, although it was “relaxed” about whatever wording was used.

This revealed that suppliers had given tests to the Ministry first, but suppliers said this was because the Ministry had placed the first orders (it had previously been illegal to import RATs into the country).

Bishop said emails showed “a tawdry, disgraceful episode from a government caught short due to their own incompetence”.