The Health Secretary said his “heart goes out” Muslim families as his swift decision in Greater Manchester and parts of east Lancashire and West Yorkshire came just hours before the Islamic festival of Eid-Ul-Adha began on Friday. The new rules, which came into effect from midnight, bans people in the restricted areas from meeting each other inside their homes or in gardens following a spike in virus cases. Mr Hancock said he took action as data showed that coronavirus infections are rising in those areas largely due to households meeting and not abiding to social distancing.

Asked on BBC’s Today programme whether the measures were announced late on Thursday night to stop Eid celebrations from taking place, Mr Hancock said: “No, my heart goes out to the Muslim communities in these areas because I know how important the Eid celebrations are.

“I’m very grateful to the local Muslim leaders, the imams in fact, across the country who’ve been working so hard to find a way to have Covid-secure celebrations.

“For instance celebrating Eid in parks where there’s more space available and of course outdoors is safer than indoors.”

He later told Sky News: “It’s absolutely crystal clear what the measure is.

“Which is that you shouldn’t socialise with people in other households except in public outdoor places – so not in your own home or your garden.

“You can go to the pub, but with members of your own household.” 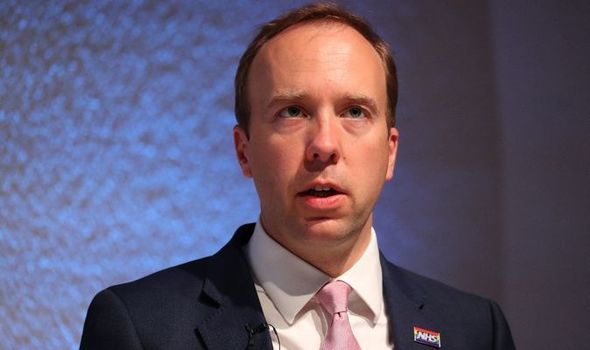 Rules allowing people to go to work and use public transport are unchanged in the affected areas.

And extremely clinically vulnerable people are still being advised they can stop shielding from today.

Eid al-Adha – the festival of sacrifice – follows the completion of the annual Hajj pilgrimage.

It is the second major celebration of the Islamic calendar after Eid al-Fitr, which marks the end of the month of fasting called Ramadan.

The Muslim Council of Britain’s secretary general, Harun Khan, condemned the Government for making the announcement at “shockingly short notice”, and compared the timing to that of Christmas Eve.

He said: “With the first day of Eid being today, for Muslims in the affected areas it is like being told they cannot visit family and friends for Christmas on Christmas Eve itself. 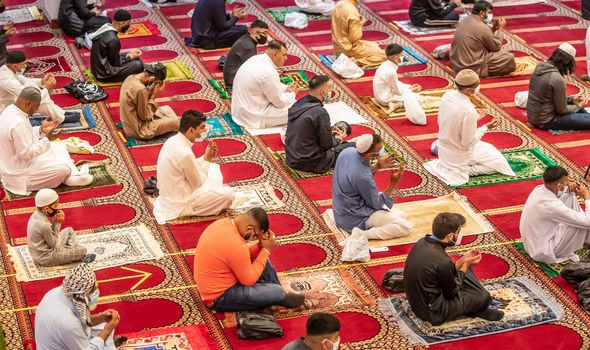 “Whilst the safety of communities is of paramount importance, as has remained the case from the very outset of this crisis, so is effective communication delivered in a timely fashion.

“Failure to communicate makes it difficult for communities across the country to continue working together to minimise the spread of the virus, whilst eroding trust in the ability of authorities to steer our course as we tackle the Covid-19 crisis.

“The UK Government has failed to provide clarity on the shockingly short notice and the reasoning behind the new rules that British Muslims deserve – any such clarification would be most welcome.”

Labour leader Keir Starmer said: “No one would argue with putting in place local action to reduce the transmission of coronavirus.

“But announcing measures affecting potentially millions of people late at night on Twitter is a new low for the government’s communications during this crisis.” 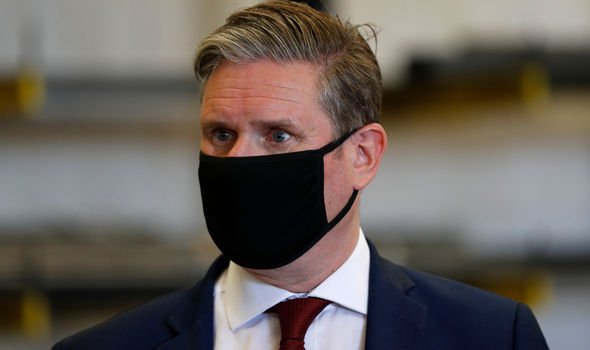 The MP, whose Calder Valley constituency is included in the latest local lockdown, accused Muslim communities living in his area of failing to follow social distancing guidelines.

Speaking to LBC, Mr Whittaker said: “What I have seen in my constituency is we have areas in our community and sections of our community that are not taking the pandemic seriously.”

Asked if he was referring to the Muslim community, he replied: “Of course”.

“If you look at the areas where we’ve seen rises and cases, the vast majority – not by any stretch of the imagination all areas – but it is the BAME communities that are not taking this seriously enough.”

He added: “I’ve been challenging our local leaders for… three weeks, asking what we are doing to target these areas to let people know that this is a very serious problem.

“Until people take it seriously, we’re not going to get rid of this pandemic.

“We have areas of high multiple occupancy who are in the same boat and it doesn’t specifically have to be in the Asian community, but that is the largest proportion.

“Look at the areas. You’ve got Bradford, Calderdale, Kirklees. Bradford, in particular, and Kirklees have two of the largest populations in West Yorkshire.”

Pressed on whether he was talking about immigrant communities in those areas, he responded: “Yeah, well, immigrant and Asian population”.

Boris Johnson was grilled on the comments at Friday’s Number 10 press conference as he announced that the Government is pausing a host of lockdown easing measures amid an uptick in coronavirus cases.

Mr Johnson said: “It’s up to all of us in government to make sure that the message is being heard loud and clear by everybody across the country and to make sure that everybody is complying with the guidance and a huge amount of effort is now going into that.”

He added: “I want to thank all the community leaders, thank everybody the imams who worked hard with us to get messages across, all faith leaders and other communities, getting that message across throughout society.

“But ultimately it’s up to everybody, it’s up to the whole country to get this right and to do it together.”