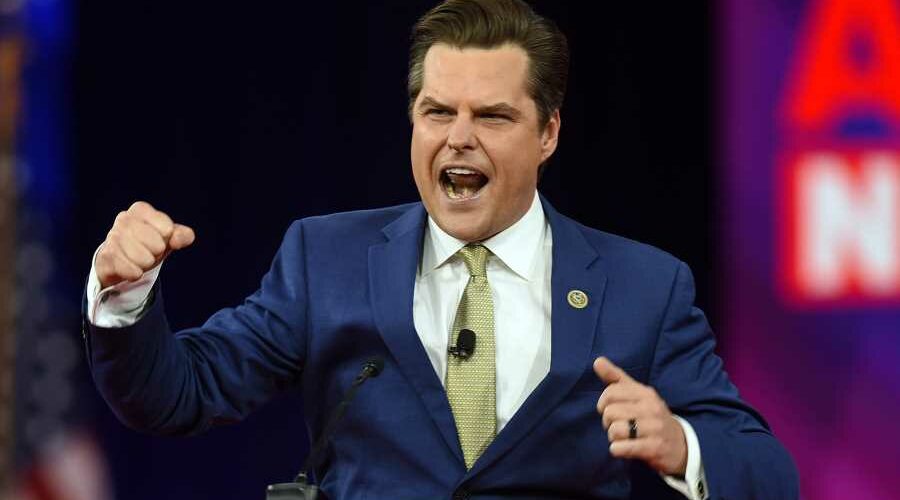 Matt Gaetz is a model avatar for the Republican Party’s manic culture war. As a far-right reactionary currently under investigation for sex crimes, he checks several boxes of hypocrisy so often seen among the GOP’s moral crusaders. It makes sense, then, that he delivered the best encapsulation of the socially conservative right’s response to pro-choice protests now sweeping the country.

“How many of the women rallying against overturning Roe are over-educated, under-loved millennials who sadly return from protests to a lonely microwave dinner with their cats, and no bumble matches?” Gaetz asked on Twitter on Wednesday morning.

The core of the argument is familiar: feminists are unhappy shrews, and only conservative women are happy and have families. Conservatives looking for quick clout have been adopting this mantra for years in an effort to virtue-signal their support for “traditional” values and demean their political opponents. Early resistance to Donald Trump’s presidency, like the 2017 Women’s March, inspired a similar rash of boorish or sexist posts by GOP officials, likely inspired by the former president’s long history of misogynistic remarks. Sexism in the Republican Party isn’t new or particularly revelatory; the GOP made limiting the rights of women a de facto policy for years before Trump took power. But as the modern culture war intensifies, it’s clear that unvarnished sexism will be a common bedrock conservatives like Gaetz fall back on.

Roe v. Wade Is on Life Support. How The Fuck Did We Get Here?

RS Recommends: 5 Devices You Need to Set Up Your Smart Home

Gaetz’s tweet hits several familiar notes. “Over-educated” invokes the specter of “Marxist” colleges. He references “millennials” to pander to boomers who think the generation they sabotaged is weak and pretentious. “Lonely microwave dinner with their cats” derisively refers to feminists as undesirable. It’s extremely basic stuff, but like most of the GOP’s other smooth-brained social platforms, it plays because it conveniently helps onlookers treat street protests like the irrational actions of an irrelevant minority, allowing them to discount the participants as human beings whose opinions and experiences matter.

The tweet has been roundly criticized since Gaetz fired it off Wednesday morning. The right has long been working to turn such criticism of their rampant sexism on its head. In an early-April rally in North Carolina, for instance, Trump claimed that a GOP-led Congress would “end the woke war on women and children,” using the right-wing’s current hobbyhorse of gender identity panic and concern over left-wing indoctrination in public schools to claim that it was the left, not the right, that was attacking the freedoms of women, characterized as “parental rights” and “parental choice.”

Gaetz’s tweet, then, is an easy gateway to all these issues. Social causes like abortion, LGBTQ rights, and racial justice are flattened into one bogeyman of “CRT-Marxism-Trans,” promoted by antifa witches and ugly, depressed feminists who don’t fit into the conservative family ideal. This will be the gameplan as a new protest movement takes to the streets: reduce what people are actually protesting for — safe access to abortions — into a familiar enemy their base is used to hating. It doesn’t matter that many of these causes are overwhelmingly popular in the U.S. Gaetz and the GOP know that the structural power swings their way, and that all they have to do is sneer at the people trying to change who’s in charge.