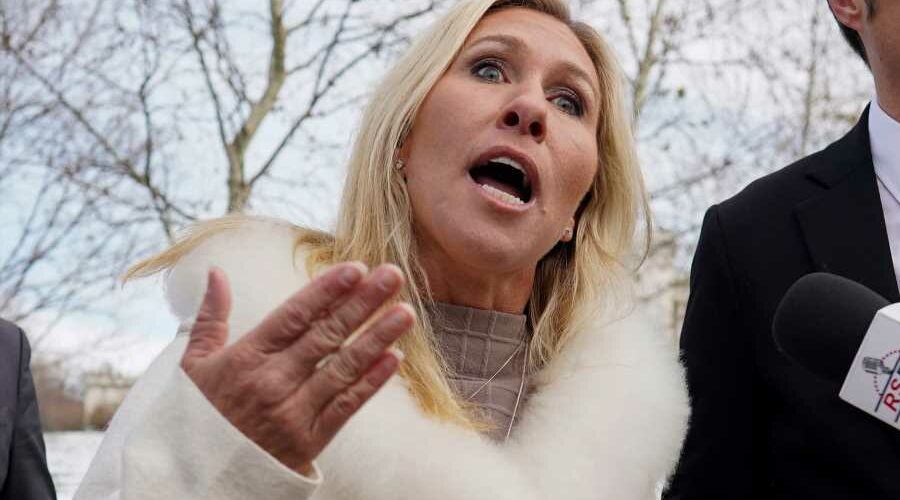 With Elon Musk making a $44 billion purchase of Twitter, which he will own fully as a private company, infamous right wingers who’ve been booted from the platform are eagerly anticipating a return to what Musk is describing as the “digital town square.”

To be clear, there have been no announcements yet that bans are being lifted. But Musk’s techno-libertarian bent, edgelord persona, and frequent condemnations of “wokeness” are bringing fresh hope to the deplorable set that they will see their Twitter access restored. As Musk pushed forward with his takeover effort last week he tweeted, “The Barbarians are at the Gate.”

Marjorie Taylor Greene’s personal Twitter account was permanently suspended in January after she repeatedly spread covid-19 misinformation. She still has her congressional account, and on Monday, the full-time troll and technical House member used that account to daydream about getting her account back and the “full scale meltdown” that would ensue.

'I Don't Remember': Marjorie Taylor Greene Comes Down With Case of Jan. 6 Amnesia While Under Oath

On Telegram, where many of Twitter’s most prominent exiles now post, similar chatter abounded.

Young white nationalist Nick Fuentes, who seeks to mainstream his abhorrent views as part of the America First agenda, posted Monday morning that returning to the Twitter — from which he was banned in 2021 for his racist content — is worth life itself: “I would rather be active on Twitter and dead irl [in real life],” he wrote, “than be banned from Twitter and alive.” (It’s worth noting that people in this particular set lean heavily on sarcasm, sometimes for humor and sometimes to avoid accountability for saying horrible things.)

General Michael Flynn, banned from Twitter shortly after Jan. 6, 2021, during a purge of QAnon accounts, posted to Telegram, “Let the water works flow from the global woke” followed by laughing emojis.

A popular far-right Telegram channel, Pepe Lives Matter, with 185,000 subscribers and an avatar of the deplorables’ favorite frog, exhorted former president Donald Trump to make his return to Twitter, and spread QAnon memes at the same time: “Trump: Please go back to Twitter and tweet that the storm is upon us,” it the channel posted, signing the plea: “Sincerely all Anons.”

But not all Telegram’s deplorable denizen were enthused about the news that the tech billionaire and rocket industrialist Musk has bought the crucial social media platform. Lin Wood, the pro-Trump lawyer also banned from Twitter since early 2021, took to Telegram to voice his skepticism in a conspiratorial thought poem:

Is Elon Musk a globalist closely tied to the military industrial complex?

Do the research.
Connect the dots.
Draw your own conclusions.

I have drawn mine.