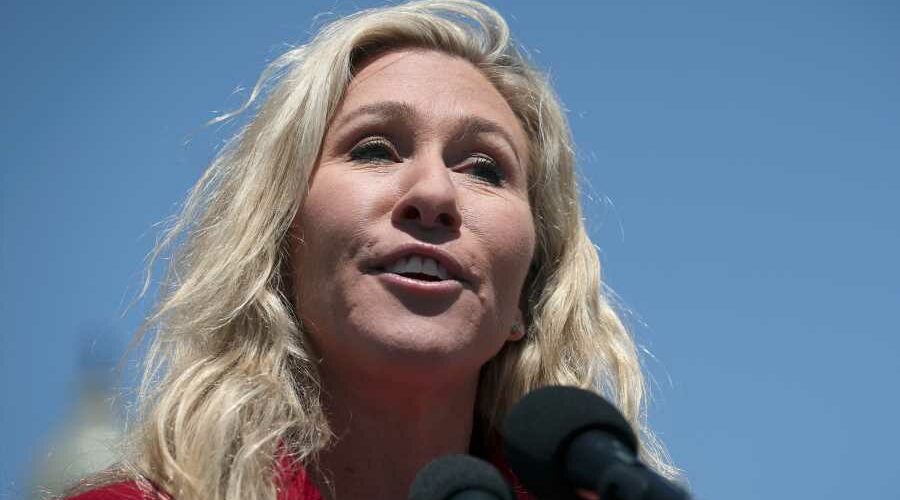 Rep. Marjorie Taylor Greene (R-Ga.) can seek reelection to Congress despite a legal effort to keep her off the ballot for her alleged role in the events of Jan. 6, 2021, a judge in Georgia ruled on Friday, according to the Associated Press. Secretary of State Brad Raffensberger accepted the judge’s findings later on Friday, all but ensuring Greene will be on the ballot this fall.

The lawsuit by Free Speech for People claimed that Greene’s actions qualified as engaging in an insurrection. The 14th Amendment, ratified after the Civil War with former Confederates in mind, bars those who have engaged in insurrection so from holding public office. Rolling Stone reported last fall that the conspiracy-pushing congresswoman was among the handful of GOP legislators who participated in the planning of the “Stop the Steal” rally near the White House prior to the Capitol attack. Greene has also repeatedly pushed the lie that the 2020 election was fraudulent while implying that action needed to be taken to prevent President Biden from taking office, even raising the prospect of Trump instituting martial law.

During public testimony delivered last month, Greene offered plenty of dubious denials about her views on the election — which she has said Biden lost — and often claimed she didn’t remember what she said and to whom she spoke about the events of Jan. 6. Regardless of Greene deflections while on the stand, State Administrative Law Judge Charles Beaudrot ruled on Friday that her actions after the election and before Biden’s inauguration didn’t rise to an unconstitutional level.

Free Speech for the People responded to the decision by sending a letter to Raffensperger, arguing that Beaudrot’s ruling “betrays the fundamental purpose” of the 14th Amendment and “gives a pass to political violence as a tool for disrupting and overturning free and fair elections.”

Raffensperger is best known for rebuffing former President Trump’s demand to “find” enough votes to overturn Georgia’s election results, and is now being primaried from the right largely because of this. He wrote in his 2021 book Integrity Counts that it is “highly objectionable” that “people are now trying to minimize what happened on January 6.”

Nevertheless, Raffensperger was quick to accept Beaudrot’s decision on Friday. Free Speech for People can appeal to the Fulton County Superior Court within the next 10 days, but for now, at least, it seems like Greene is likely to remain in Congress.