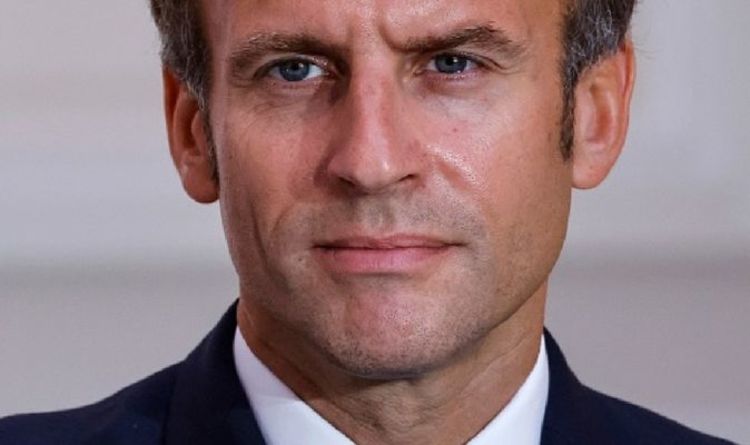 The French President, who was believed until recently to have to face Marine Le Pen in the 2022 election, is now being challenged by left, centre and right candidates, all gaining support in the polls.

The poll saw a tightening of voting intentions in the first round with Macron at 23 percent, Marine Le Pen at 16 percent, Xavier Bertrand at 14 percent, Eric Zemmour and Jean-Luc Melenchon both at 13 percent.

Good news for the far-left candidate Melenchon, gaining support in the recent weeks whilst Marine Le Pen sees her share of the votes slightly going down.

Perhaps the National Rally leader is paying the price for Eric Zemmour’s rise to power, despite the far-right TV polemicists is yet to declare his candidacy.

But Le Pen said she is not threatened by her rival.

“I’m not worried. I am convinced the French people will place us against Emmanuel Macron because we defend very different models of society. He stands for unregulated globalisation, I defend the nation, which remains the best structure to defend our identity, security, freedom and prosperity,” she said.

Bertrand is the candidate that would gain more votes in the centre-right.

The poll still predicts that Macron would be re-elected with 54 percent of the vote, the total of Marine Le Pen (46 percent) remaining stable, in the same range since March (between 45 and 47 percent).

Two-thirds of Eric Zemmour’s potential voters would rally to Marine Le Pen in the second round, against 7 percent to Emmanuel Macron and 27 percent of blank, null or abstention votes.

The National Rally leader said on Monday that if she is elected president in the 2022 election, she will call a referendum proposing drastic limits on immigration.

“The referendum will propose a complete draft bill that will aim to drastically regulate immigration,” said Le Pen, who will be the candidate of the Rassemblement National party in the vote for president in April.

Referenda are allowed under the French constitution but are rarely used.

The last major referendum was in 2005 when French people voted against France ratifying a European Constitution.

In 2017, Le Pen made it to the second round of the presidential election but was defeated by Macron, who won more than 66 percent of the vote.

Macron has not yet said whether he will stand for re-election, but opinion polls show him and Le Pen as the likely two candidates to make it through to the second round, with Macron seen as the eventual winner.

With a sample of 1,379 people representative of the French population aged 18 and over, including 1,048 people registered on the electoral rolls.