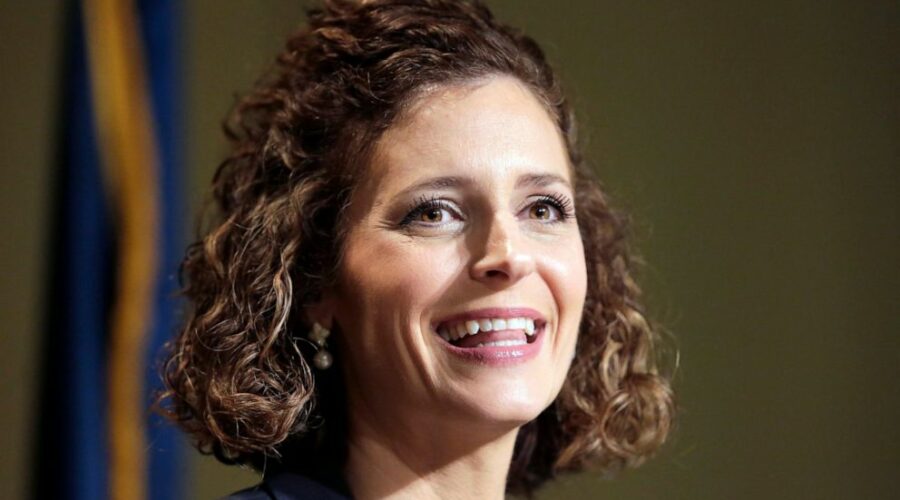 BATON ROUGE, La. — Three months after Louisiana voters determined the state’s congressional lineup, the presidential election and the coronavirus pandemic are forcing a new round of elections Saturday for two of those U.S. House seats.

Democrat Cedric Richmond left his New Orleans-based congressional seat for a special adviser job in President Joe Biden’s administration, while Republican Luke Letlow died of COVID-19 complications before he was even sworn in to Congress for the northeast Louisiana-based seat he won in December.

Letlow’s widow Julia is the front-runner to fill his seat among 12 candidates in the race, with the backing of Donald Trump and the state GOP in a deep red district and more money raised than all her competitors combined. In the southeast Louisiana contest, 15 candidates are vying for the seat Richmond exited in a tight race that seems certain to head to an April 24 runoff between the top two vote-getters.

Only three women have ever been elected to Louisiana’s congressional delegation. The off-year elections for the 2nd District and 5th District seats could boost that number to four.

Julia Letlow, a higher education administrator who lives in the small town of Start in Richland Parish, is running on a platform similar to her husband’s. She talks of supporting agriculture in the largely rural district, expanding broadband internet access and supporting conservative values. This is her first bid for elected office.

“This is something that I had many conversations with Luke about. Public service has always been a dream of mine,” Letlow said. “We knew that one day down the road if the opportunity ever presented itself that I would take this leap of faith.”

Letlow has raised more than $680,000 for the race since announcing her candidacy in January, according to data filed with the Federal Election Commission. Her closest fundraising competitor, Democrat Sandra “Candy” Christophe, brought in just under $70,000. Christophe is a social worker from Alexandria who ran unsuccessfully for the seat in the fall, when Luke Letlow won the race.

The 5th District covers all or part of 24 parishes, including the cities of Alexandria and Monroe.

Further south, several high-profile candidates are seeking the 2nd District seat in a majority minority district that extends along the Mississippi River into Baton Rouge.

Among the Democrats are state Sens. Troy Carter and Karen Carter Peterson, both from New Orleans; Gary Chambers Jr., a Baton Rouge Democrat, community activist and local publisher who gained prominence during protests of the 2016 shooting death of Alton Sterling by local police; and Desiree Ontiveros, who owns a New Orleans party decor company.

The Republican Party-backed candidate is Claston Bernard, a Jamaican-born decathlete who competed in the Olympics, runs a home inspection business and lives in the Baton Rouge suburbs.

With Carter and Peterson atop the polls and the highest fundraisers, they have largely battled each other ahead of election day. Carter has accused Peterson of crafting education legislation to benefit her husband’s career, an allegation the Peterson campaign called offensive and deceptive. They traded criticism about missed votes in the Legislature. Each has previously run for the congressional seat.

Both Carter and Peterson described similar priorities for the district, including recovery from the coronavirus pandemic and “environmental justice” for poor communities facing greater health risks from pollution. Peterson noted she would be the first Black woman ever elected to Congress from Louisiana and spoke of supporting “Medicare for All,” a universal government-run health care system.

Bernard highlighted his Christian faith and said the GOP should do more to reach out to Black voters who are Christians. He criticized government programs as unable to lift people out of poverty and talked of pushing for more after-school educational initiatives.

Carter withdrew from the only TV debate ahead of Saturday’s election, and Republicans complained because Bernard wasn’t invited.