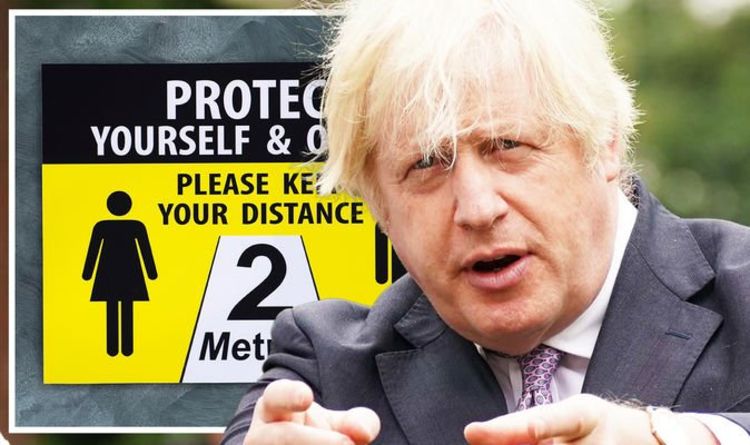 Prime Minister Boris Johnson is looking to extend emergency coronavirus powers through the winter. He will ask MPs to extend the time in which he can impose draconian restrictions on England.

The rules are currently due to lapse at the end of this month.

But with cases surging and hospitalisations and deaths also on the rise, Mr Johnson is seeking to retain the ability to impose lockdowns until March 2022.

England only emerged from the final set of Covid restrictions seven weeks ago.

The Prime Minister’s official spokesperson today boasted that the success of the vaccination programme had allowed the UK to remove many of the rules still being imposed pin other countries.

However, he warned the emergency powers were still needed in case the situation changed in the coming months.

He said: “With regards to what comes next we need to carefully monitor the situation.

“As a responsible government, we retain the ability to take further steps if necessary but it is thanks to significant defences of the vaccination programme that we are able to be one of the most open societies in Europe.

“And we will continue to push forward with vaccination programmes and that remains the case.”

Currently 88.8 percent of those aged 16 and over in the UK have received a first Covid jab.

More than 79.8 percent have had the second jab necessary to provide maximum protection.

No10 has previously said it would be “irresponsible” not to renew the powers.

The emergency powers can only be imposed until March 2022, after which point they will automatically lapse, two years after coming into force.

Yesterday 37,011 new coronavirus cases were registered in the UK.

The figures is expected to spiral in the comings weeks as children return to school and more parents return to the workplace.

DON’T MISS:
Covid cases highest in six weeks as infections surge across UK [INSIGHT]
All you need to know about vaccine passports – how to access [EXPLAINED]
There is ‘only’ one Covid symptom more commonly reported in jabbed [INSIGHT]

An adviser on Scientific Advisory Group for Emergencies (Sage), Professor John Edmunds, told BBC Radio 4’s Today programme: “I don’t want to say it’s just about schools opening because it isn’t, it’s with a wider reopening of society that I think we’d expect to see now summer’s over organisations will be starting to expect their employees back at work in the office, and I think that employees want to go back to the office, and all of that will add to increased contact rates and increased risk in society.

“So I think we will see increased cases now in the coming months.”

Ministers would likey reimpose some lockdown restrictions if there was a danger of the NHS becoming overwhelmed by the virus.

The emergency legislation Mr Johnson is looking to renew will give him the power to clamp down on public gatherings, shut down venues and force people to self-isolate.

It also gives police the power to hand out hefty fines to rule-breakers.

The last time the legislation was renewed was in March.

Back then 30 Tory MPs rebelled on the vote, pushing for an immediate end to the draconian legislation.

As backbench Conservative MPs grow increasingly frustrated at the Government’s ability to impose laws without consulting parliament, an even bigger rebellion is tipped for this time around.