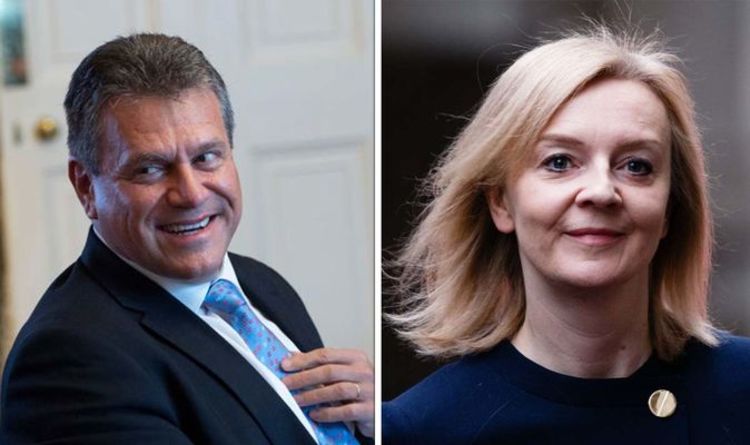 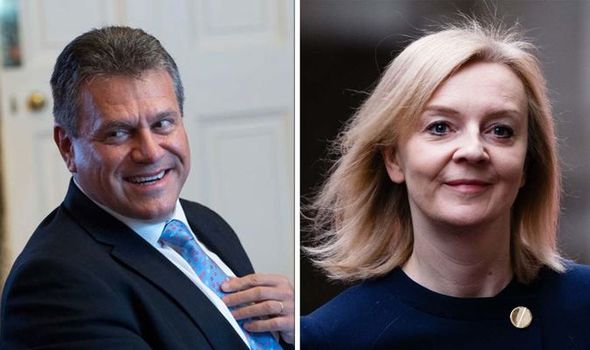 The Foreign Secretary said “intensive negotiations” will take place, with both the UK and EU eager for a deal. But she refused to rule out that the Government may invoke Article 16, suspending part of the arrangements in the protocol, if they could not agree a way forward.

After her first meeting with EU Commission vicepresident Maros Sefcovic, she said: “We have had constructive talks.

“We are now going into intensive negotiations to work towards a negotiated solution to sort these very real issues for the people of Northern Ireland. I think there is a deal to be done. I want to make progress.

“Clearly if we don’t make sufficient progress we will have to look at the alternatives, but my absolute desire is to get a deal that works.”

The Government is seeking major changes to the protocol, part of the Brexit Withdrawal Agreement – arguing that it hampers free movement of goods between Northern Ireland and the rest of the UK and is damaging community relations.

Ms Truss and Mr Sefcovic’s statement said: “We share a desire for a positive relationship between the EU and the UK underpinned by our shared belief in freedom.”