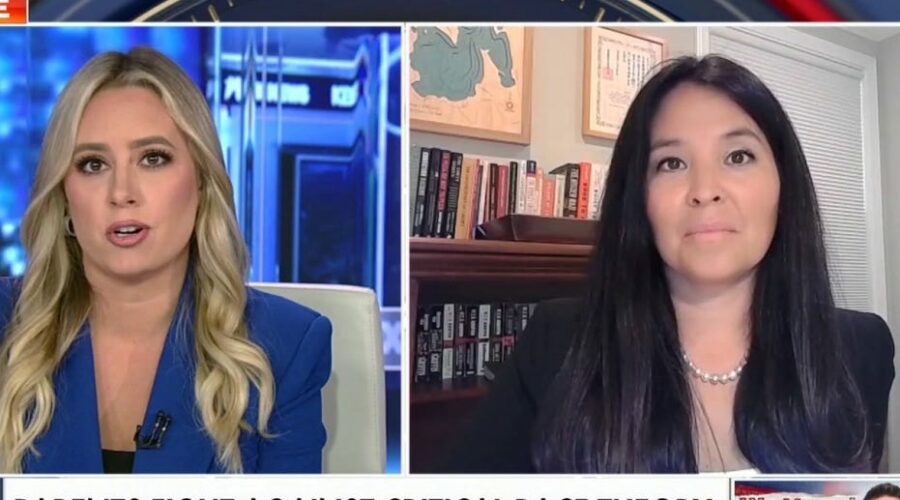 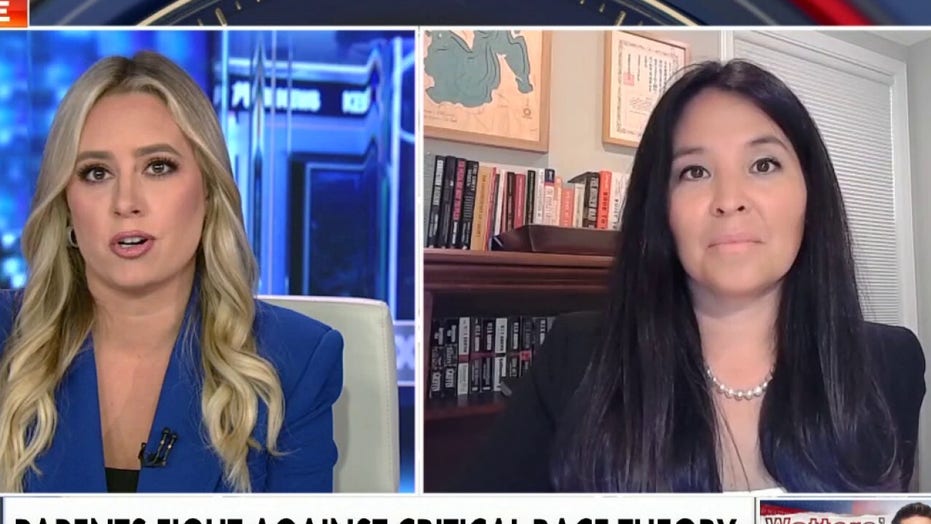 Virginia parents rail against Loudoun County school board over CRT

A coordinated effort by the far-left and their media accomplices is in full swing as they scramble to paint the narrative that parent concern about public education is a manufactured fairy tale by right-wing loony-toon activists, conspirators and extremists.

The elephant in the room is that it was COVID that opened the eyes of parents, exposing the corrupt teacher union/educrat monopoly plaguing public education. I call it the “education cartel.” It’s comprised of teachers, union activists, administrators, school boards and their cohorts in the liberal media.

The education cartel flew largely under the radar prior to COVID and it was blindsided. Sunlight really is the best disinfectant and the pandemic exposed these ringleaders operating under the veil of “educating” our kids as nothing more than a bunch of tyrants. Their jig is up.

No greater example of this can be found than in Northern Virginia’s Fairfax and Loudoun Counties, where liberals outnumber conservatives and, until recently, most people couldn’t name a single member of their school board. Now the board members are household names.

As COVID upended normal life, parents got their own education, and one by one the shoes dropped.

Shoe 1: Unions dug in their heels, opposing school reopenings. Their power and influence had been established for so long they thought they were invincible and never imagined they were overplaying their hand.

The longer they insisted on keeping kids locked out of school, the angrier parents became, and the more the spotlight shone on what their kids were learning. 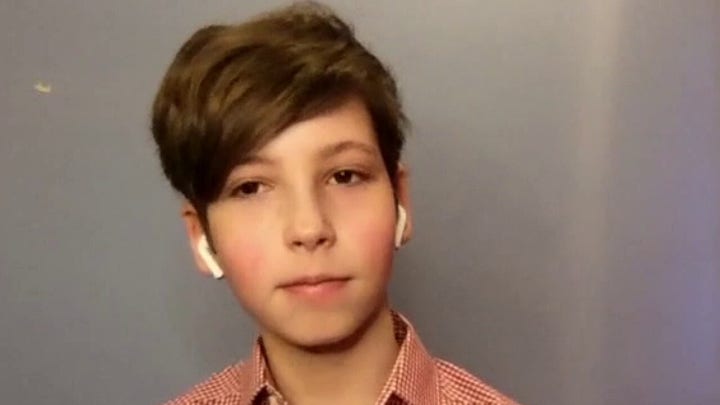 Shoe 2: Critical race theory. Parents got an education on the indoctrination of their kids with radical concepts that had infiltrated school curricula. Courtesy of the Zoom classroom, they witnessed teachers injecting racial division into their lesson plans.

Shoe 3: Gender policies and First Amendment rights. Increasingly packed school board meetings became media circuses, and when a Loudoun County Public School (LCPS) teacher offered his opinion on a controversial proposed policy regarding transgenderism, the school board went woke and suspended him. 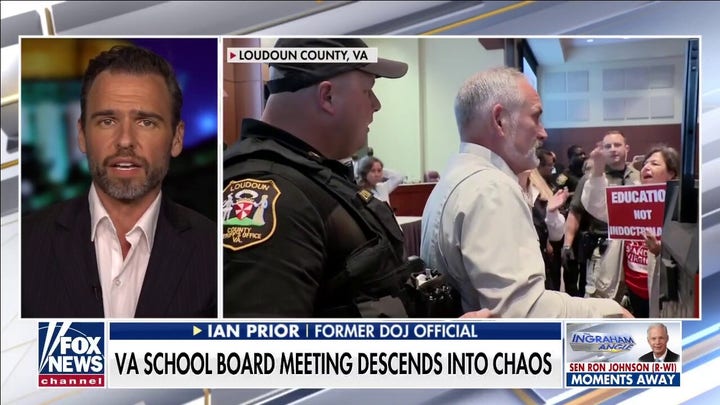 Even after they were inundated with support from parents for the teacher, Tanner Cross, LCPS announced they’re appealing a court order requiring them to give him his job back.

Rather than call a truce with parents, the board is doubling down. Parents can go stick it.

Now enlightened, parents (who, in many cases are paying substantial amounts of money in property taxes) are now packing school board meetings across the country to push back on the severe overreach of tyrannical school boards and power-drunk teacher unions. But instead of answers, compassion or respectful dialogue, they’re getting their mics cut. 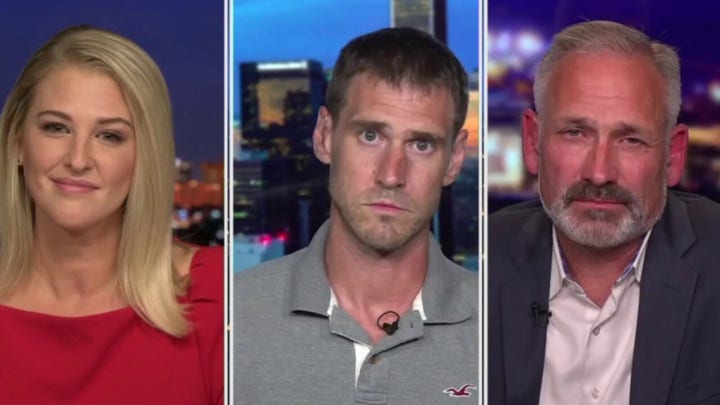 While it’s absolutely arrogant, condescending, abhorrent – insert any number of adjectives – that they would treat parents like second-class citizens, complete with the all the discrimination they rail against, these education cartels have been free ranging it with our kids’ “education” for years. They’ve just now been exposed thanks to COVID.

Their reaction is typical of political activists, not public servants. Instead of working with the parents they supposedly serve, they’ve launched a political smear campaign against those very parents.

In Loudoun County they set up a Facebook group targeting parents who dare disagree with the education cartel, including on issues like CRT. Group members created a list of names, addresses, employers, etc. of parents who don’t walk the line. 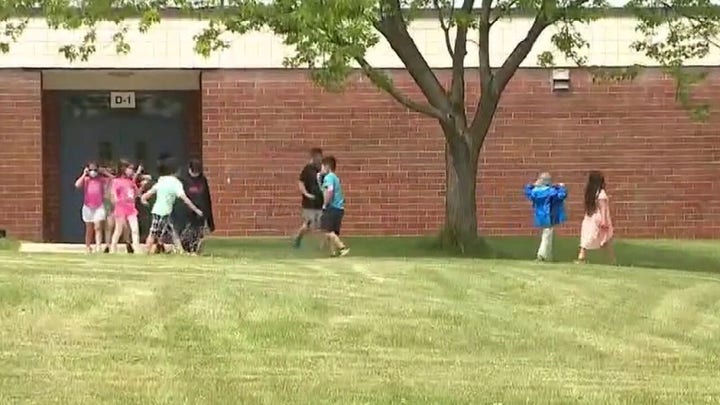 Patti Hidalgo Menders, a parent from Loudoun County, was one of those targeted. “They put three pictures of me in there, and they called me a racist. They had my first and last name, the name of my husband, where my son goes to high school, what town I live in, and they called me disgusting,” she said.

Among the who’s who in this group doing the targeting: LCPS staff – as in taxpayer-funded government employees – school board members, and a prosecutor in Loudoun County whose salary is also paid for by these parents.

Maybe next time we revisit bullying in schools, we should circle back to the grownups in charge. 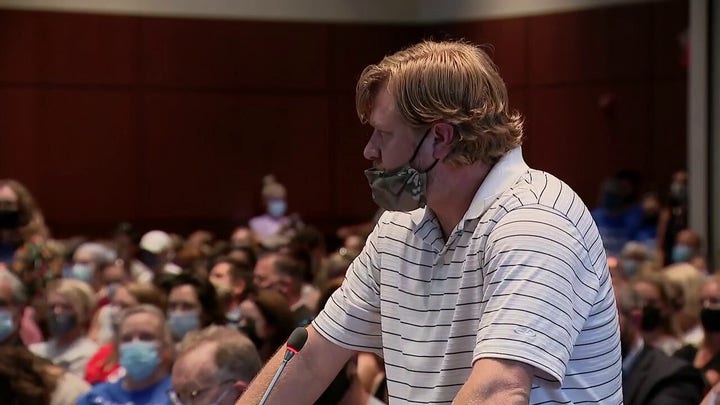 The education cartel is imploding and they need a better PR strategy because attacking parents isn’t working. Nevertheless, they persist.

Their cavalry of reinforcements is working overtime. Virginia Democrat State Delegate Marcus Simon chose the White supremacy route, saying many of the parents advocating for open schools are part of the KKK.

Referencing a substantial group of parents in Fairfax County who’ve organized and tirelessly advocated to open schools he said, “we know who is an ally of this movement…I’m not saying everybody who supports Open FCPS is a member of the KKK, but when the KKK is on your side, you need to rethink your priorities.”

If you want your kids to have a respectable education in the classroom, you’re a racist. You almost can’t make this stuff up.

Terry McAuliffe, the Democratic nominee for governor in Virginia, arrogantly brushed off concerns of thousands of parents storming Virginia school board meetings furious over the indoctrination of CRT being pushed in their schools as just another “right-wing conspiracy.” Read: stupid parents.

If McAuliffe wants to take a break from counting his campaign cash from the teachers’ union, he might be interested to know that many parents who are part of this so-called “right-wing conspiracy” are Democrats. It turns out that when it comes to CRT and indoctrinating our kids, parents are politically colorblind.

These terror tactics are all part of their effort to shut up and shut down parents. There is no tolerance for debate and dialogue.