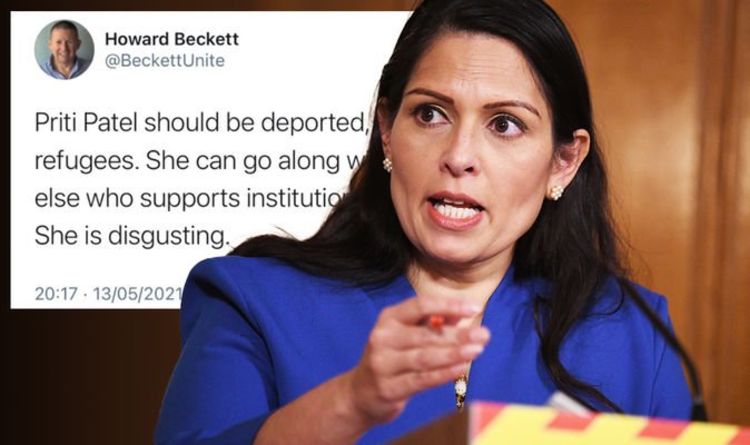 Howard Beckett, who is standing to replace Len McCluskey as the general secretary of Unite, caused anger across the political spectrum last night. He described the Home Secretary as “disgusting” and said she should be forced to leave the country in response to protests in Glasgow over the detention of two men by Border Force officials.

Police Scotland released the Indian nationals after people surrounded the immigration enforcement van and prevented it from leaving on Thursday.

In a now-deleted tweet, Mr Beckett said: “Priti Patel should be deported, not refugees.

“She can go along with anyone else who supports institutional racism. 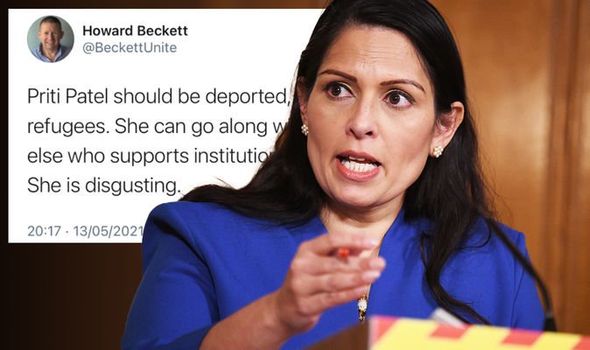 The remarks were accused of being racist and referring to Ms Patel’s heritage.

Ms Patel was born in London to Indian-Ugandan parents who moved to the UK over 50 years ago.

Labour’s Stella Creasy said: “Not sure we best challenge the divisive rhetoric and policy from this government towards refugees and immigrants by perpetuating the ‘go back to where you came from’ trope to people of colour.”

The party’s Chris Bryant added: “This is vile. This should play no part in Labour – or in British politics.” 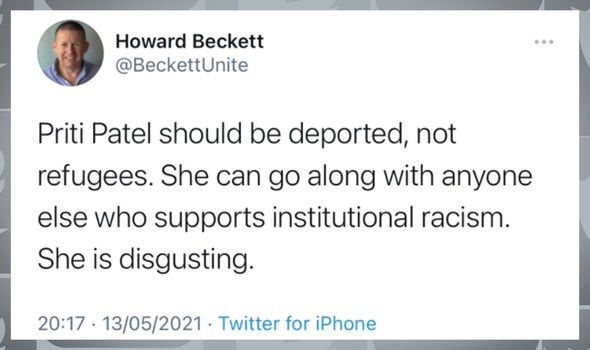 The tweet remained online for half an hour before being removed by Mr Beckett.

“Those who have been forced to flee war zones.

“We are seeing appalling institutional racism again and again from the supposed pillars of the British elite. 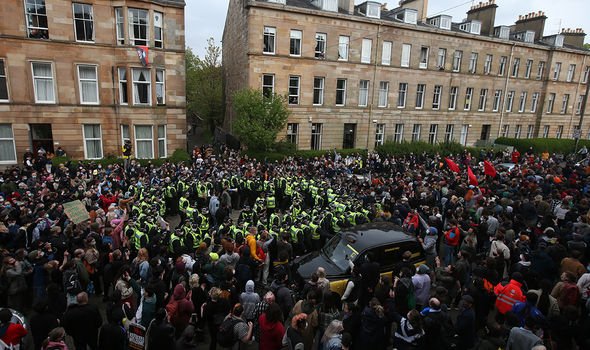 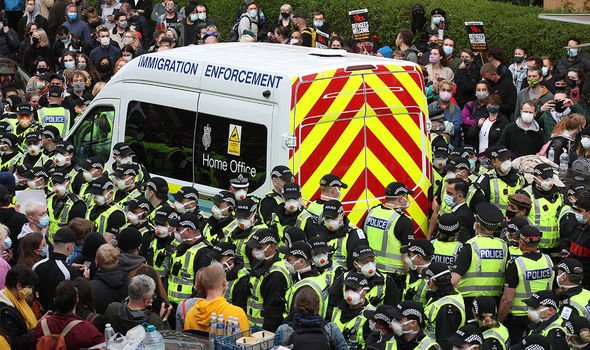 “Our society should have no place for racism, at all.

“I’m very sorry for my earlier tweet. I was angry to see Muslim Refugees being deported on the morning of Eid al Fitr.”

It is understood neither of the men involved in the situation in Glasgow is Muslim.

A Labour spokesperson said: “The Labour Party takes these allegations extremely seriously and appropriate action will be taken.”

Following his suspension from the party, Mr Beckett issued another tweet, saying he believed no one should be deported.

He said: “My earlier tweet, deleted after half an hour, was never intended to be literal.

“My intention was to emphasise that racist policies should be rejected & have no place in society.

“The wording was wrong, offensive and I apologise unreservedly to Priti Patel. No one should be deported.”