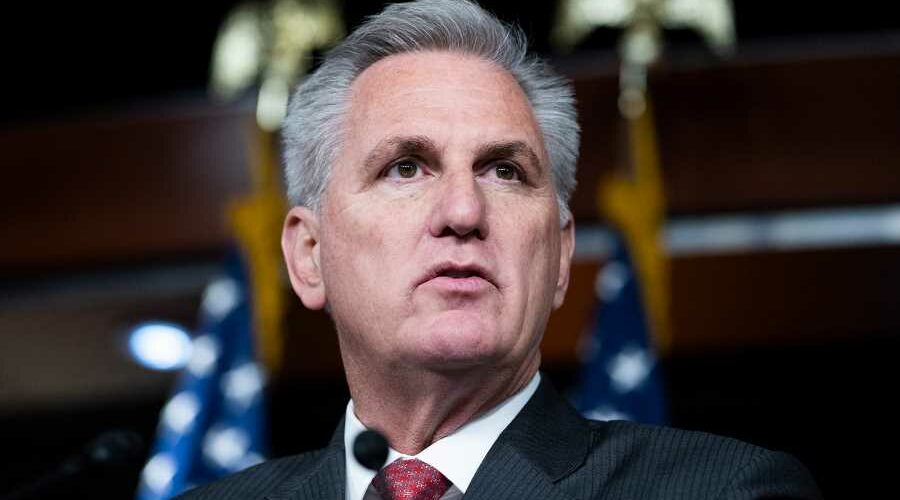 The Jan. 6 committee sent Kevin McCarthy a letter on Wednesday asking for the top House Republican’s cooperation. The committee has been regularly sending similar letters to figures in Trump’s orbit, Republican politicians, and other persons of interest for months. McCarthy thinks his letter is special, though.

“This is a distraction because they don’t want people looking at what’s happening,” he told Fox & Friends on Thursday. “Is it a coincidence that they sent me the letter yesterday when it just came out that it was the highest inflation we’ve had in the last 40 years?”

McCarthy may be calling the Jan. 6 committee’s work a distraction now, but few Republicans were as alarmed by what happened just over a year ago than the House minority leader. The committee’s letter detailed how forcefully he was trying to get Trump to call off the rioters as the attack was unfolding, and how unsettled he was by what transpired in its aftermath. “The president bears responsibility for Wednesday’s attack on Congress by mob rioters,” McCarthy said on the House floor on Jan. 13, adding that Trump should “accept his share of the responsibility.”

McCarthy’s indignation was short lived, though. A few weeks later he traveled to Mar-a-Lago to kiss Trump’s ring, and proceeded to spend the rest of the year downplaying the significance of the attack. One of the reported reasons the committee wants to talk to McCarthy is to determine whether Trump or his allies pressured him into changing his tone about what happened. Regardless, that’s exactly what he did. He tried to block the formation of the committee to investigate the attack. He blamed Speaker Pelosi for not doing enough to protect the Capitol. He also, he announced Wednesday night, is refusing to cooperate with the panel’s request, writing that “the committee’s only objective is to attempt to damage its political opponents.”

The idea that Jan. 6 wasn’t really that big of a deal and the committee only exists to hurt Republicans and distract from “what’s happening” is Trump’s line, which means it’s also the Republican Party line. It’s a line McCarthy is desperate to toe as he clings to his perch atop the party’s leadership in the House as the midterms near. The MAGA faithful have been skeptical of the 59-year-old establishment striver, to say the least. Rep. Matt Gaetz (R-Fla.) has even suggested making Trump the new speaker should the party take back control of the House in November. Mark Meadows, Trump’s former chief of staff, made a similar suggestion in November while bashing McCarthy. “They’re not skating to where the puck is, and so I would give them a grade of a D,” he said.

McCarthy has responded to all of this with a bunch of overtures meant to demonstrate his loyalty to Trump and the MAGA movement. Axios reported on Thursday that McCarthy is now signaling he’ll “institutionalize key Trumpian priorities if he takes over as House speaker next year.” Among those priorities are refusing to consider any legislation that would offer legal status to undocumented immigrants, taking on corporations that objected to Republican efforts to overturn the 2020 election results, and “stripping multiple Democrats of their seats on important committees.”

“We’re going to be more aggressive than in the past,” tough guy McCarthy told Axios.

The most important Trumpian priority, though, is pushing conspiracy theories and asking questions that begin with things like, “Isn’t it a coincidence…” — as he did Thursday morning on Fox & Friends. McCarthy isn’t as seasoned here as quacks like Gaetz, Marjorie Taylor Greene, or the handful of other anti-democratic representatives whose cues McCarthy has been forced to follow. He’s still got the better part of a year to brush up before the midterms.