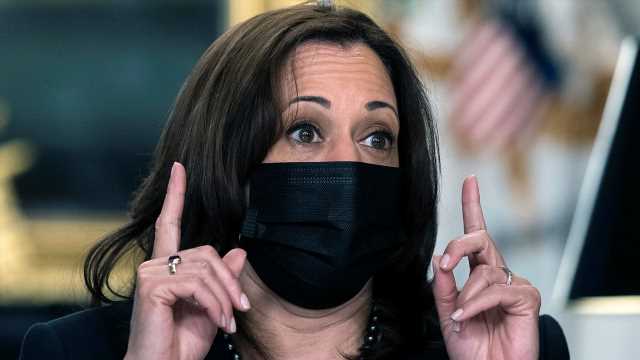 Harris, according to officials from the vice president’s office, will lead “diplomatic efforts to engage Mexico and the Northern Triangle to address the root causes of migration and to oversee the flow and use of US aid.”

Officials said Harris, though, will continue to be involved in the administration’s response to the border.

The comments from the vice president’s office come after President Biden last week appointed Harris to lead his administration’s efforts to address a record surge in migrants, including unaccompanied minors, that has strained capacity at immigration facilities at the southern border in recent weeks.

Biden said Harris would serve as the administration’s diplomatic liaison in talks with Mexico and the “Northern Triangle” nations of Honduras, Guatemala and El Salvador on how best to address the root causes of the migrant surge. 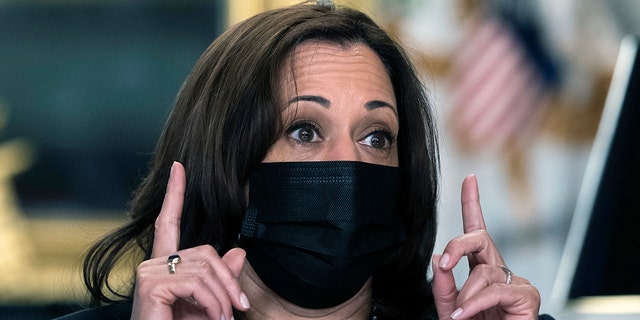 In this March 18, 2021 photo, Vice President Kamala Harris speaks during a meeting with women leaders in the labor community in the Vice President’s ceremonial office in the Eisenhower Executive Office Building on the White House campus, in Washington. (AP Photo/Alex Brandon)

The president said his administration would also reinstitute funding to aid development and immigration enforcement in border nations.

Biden noted that he received a similar assignment while serving as vice president in the Obama administration. The president identified several factors, including gang violence and natural disasters, that he said prompted migrants to flee their homes.

The president said Harris’ experience as the former attorney general of California made her uniquely qualified to lead the administration’s efforts.

Psaki did not provide details on Harris’ travel, but said she expected her to travel to Central America.

Psaki said Harris would work with the Department of Homeland Security, as well as the Department of Health and Human Services — those agencies have oversight of processes at the border, shelters and moving children out of border patrol facilities under their purview.

“They will all work together, but the vice president’s  focus is on the region, root causes, and engaging with governments directly,” Psaki said of Harris’ role.

In her first remarks on the role, Harris said there was “no question this is a challenging situation.”

“As the president has said, there are many factors that lead [migrants] to leave these countries,” Harris said. “While we are clear that people should not come to the border now, we also understand that we will enforce the law and that we also, because we can chew gum and walk at the same time, must address the root causes that cause people to make the trek.”

More than 15,000 unaccompanied migrant minors are in custody at federal facilities, according to recent reports. U.S. Customs and Border Protection reported encounters with more than 100,000 migrants in February alone.

Lawmakers from both parties have either visited border facilities or scheduled trips amid the mounting crisis. A group of White House officials were set to tour a Texas facility used to house unaccompanied minors on Wednesday.

Neither Biden nor Harris has visited the southern border since taking office, though the president recently said that he would do so “at some point.”

Fox News’ Kristina Biddle and The Associated Press contributed to this report.