The first lady was pictured wearing a jacket with “LOVE” on the back while in Cornwall, England, with President Joe Biden, British Prime Minister Boris Johnson and wife Carrie Johnson ahead of the G7 Summit. 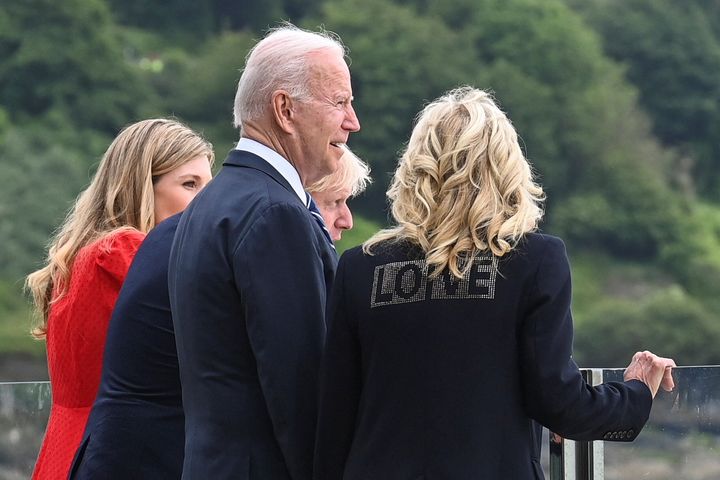 Social media fashion buffs drew immediate comparisons to former first lady Melania Trump’s infamous green jacket that read, “I really don’t care, do u?” The ex-first lady later confessed the message was aimed at “the people and for the left-wing media who are criticizing me.”

“I think that we’re bringing love from America,” the first lady said. “I think that this is a global conference and we’re trying to bring unity across the globe and I think that’s important right now that you have a sense of unity.”

Jacobs herself wrote that Biden appeared to be trolling Melania over her 2018 “I don’t care” jacket she wore en route to the Mexican border to visit children separated from their families. 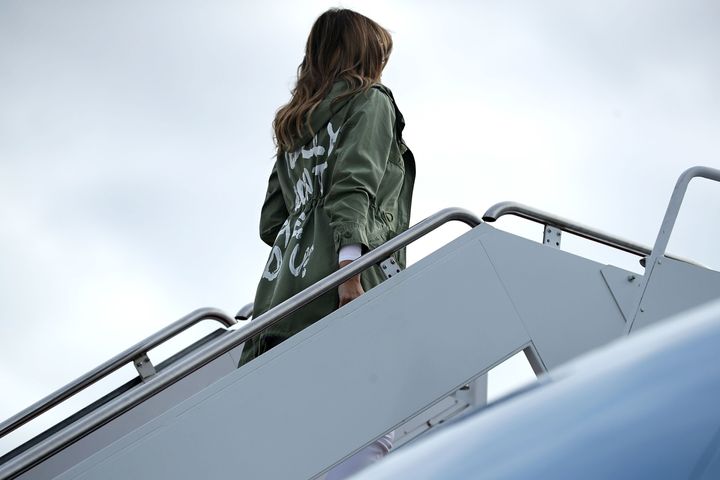 The Trumps were embroiled in a contentious relationship with the press and the outcry was growing over the administration’s border polices at the time.

The internet saw a bit of mockery in Jill Biden’s ensemble as well. One user hailed her as the “Queen of Shade.”