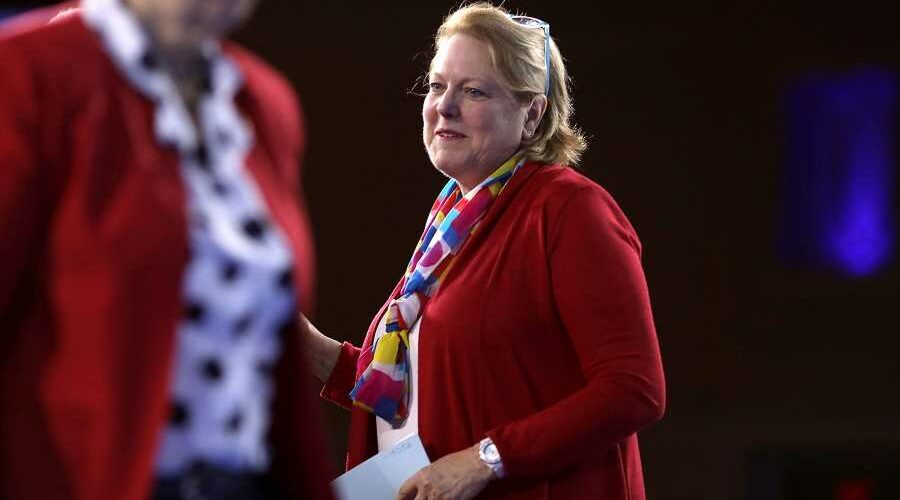 It was reported last week that Ginni Thomas, the right-wing activist and wife of Supreme Court Justice Clarence Thomas, sent several texts urging Trump Chief Staff Mark Meadows to work to overturn the 2020 election results. Days later, it was reported that she urged Republican lawmakers to do the same. These revelations, combined with Thomas’ previous admission that she attended the “Stop the Steal” rally that preceded the riot at the Capitol, have piqued the interest of the Jan. 6 committee.

CNN reported on Monday that the majority of the panel’s members — including its chair, Rep. Bennie Thompson (D-Miss.), and vice chair, Rep. Liz Cheney (R-Wyo.) — want to interview her, and that they will likely reach out to Thomas in the coming weeks.

Ginni Thomas Pushed for Republican Lawmakers to Overturn the Election, Too

Meet the Beatle: A Guide to Ringo Starr's Solo Career in 20 Songs

The committee’s discussions about bringing in Thomas have been ongoing, and the text messages she sent to Meadows in the aftermath of the election were part of the material Meadows handed over months ago before deciding he was no longer going to cooperate. Thomas is one of many people the committee is scrutinizing, a source with knowledge of the committee’s investigation told CNN.

Thomas’ texts to Meadows show she was far more involved in the Trump administration’s efforts to overturn the election than previously believed. The Jan. 6 committee has already interviewed hundreds of people they believe have knowledge of these efforts, and it isn’t surprising that they feel Thomas having a direct line to Trump’s chief of staff makes her a person of interest — especially considering her husband has been ruling on cases pertaining to the election and Jan. 6.

Democrats and legal scholars have called for Clarence Thomas to recuse himself from any such future cases. Republicans have dismissed such calls.

“No … I think Justice Thomas could make his decisions like he’s made them every other time,” House Minority Leader Kevin McCarthy (R-Calif.) said Friday, rebutting the idea of Thomas recusing himself. “It’s his decision based upon law. If you spent any time studying this Supreme Court justice, he’s one who studies correctly, I mean, from all the way through. If he sees it’s not upholding the Constitution, he’ll rule against it. If it’s constitutional, that’s what his job should be — it’s him.”

Sen. Mitch McConnell (R-Ky.) also made clear that he has “total confidence in [Thomas’] brilliance and impartiality in every aspect of the work of the Court.”

Ginni Thomas has claimed that her work doesn’t affect her husband’s, and that she hasn’t involved her husband i her conservative activism. However, Politico reported in February that she mentioned her husband in an effort to convince Florida Governor Ron DeSantis to attend a right-wing event. An email from Thomas to a DeSantis aide suggested that her husband and the governor communicated regularly.

It’s unclear if the committee plans to reach out to Ginni Thomas with a subpoena or if they will request her voluntary cooperation. The committee made clear to CNN last week, however, that they haven’t ruled out the former.

28/03/2022 Politics Comments Off on Jan. 6 Committee Would Like to Have a Word With Ginni Thomas: Report
Markets