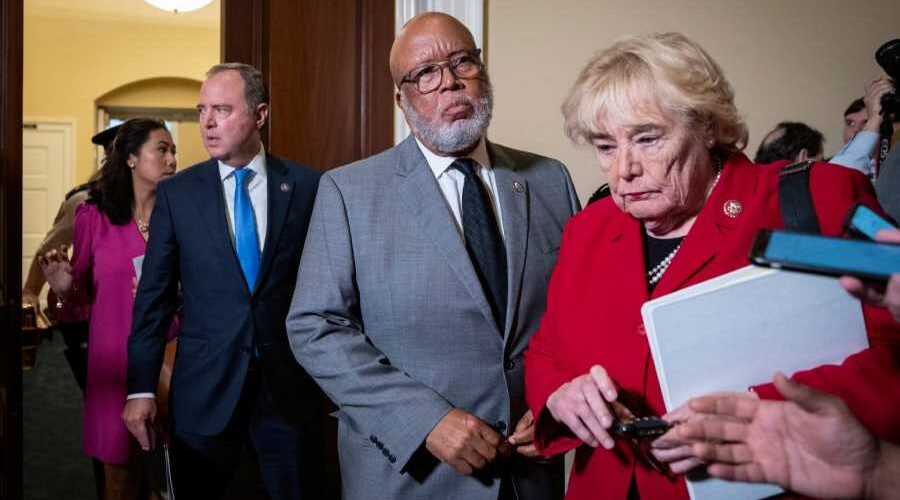 House Jan. 6 Committee Chairman Bennie Thompson (D-Miss.) and other members of the panel appear to be split on whether they will end up making criminal referrals to the Justice Department, CNN reported late Monday. A spokesperson for the committee itself, however, has said it will indeed make criminal referrals “if warranted.”

When asked on Monday about referring former President Donald Trump or anyone else for charges, Thompson replied, “No, you know, we’re going to tell the facts. If the Department of Justice looks at it, and assume that there’s something that needs further review, I’m sure they’ll do it.”

Committee Vice Chair Liz Cheney (R-Wyo.) soon after released a statement pushing back on her colleague’s claim. “The January 6th Select Committee has not issued a conclusion regarding potential criminal referrals. We will announce a decision on that at an appropriate time,” Cheney tweeted.

Fox News Guest Calls 'Bullshit' on Network for Trying to Cover Up Truth About Jan. 6

RS Recommends: 5 Devices You Need to Set Up Your Smart Home

Other committee members backed Cheney. “We haven’t had a discussion about that, so I don’t know that the committee has reached a position on whether we make a referral or what the referrals might be,” Rep. Adam Schiff (D-Calif.) told CNN’s Anderson Cooper. “I thought we were deferring that decision until we concluded our investigation. At least that’s my understanding.” Rep. Elaine Luria (D-Va.) tweeted a similar message: “Our committee has yet to vote on whether we will recommend criminal referrals to the Department of Justice. If criminal activity occurred, it is our responsibility to report that activity to the DOJ.”

In a statement provided to CNN, a spokesperson for the committee said “the Select Committee has no authority to prosecute individuals, but is rather tasked with developing the facts surrounding the January 6th riot at the Capitol. Right now, the committee is focused on presenting our findings to the American people in our hearings and in our report. Our investigation is ongoing and we will continue to gather all relevant information as we present facts, offer recommendations and, if warranted, make criminal referrals.”

In a March court filing, the committee stated it found evidence that Trump obstructed a congressional proceeding and conspired to defraud the American people. The next month, The New York Times reported that the committee was split over whether it should refer Trump to the Justice Department, with those against doing so claiming it would harm the department’s ongoing investigation into the Jan. 6 insurrection by creating the appearance that the department was doing a Democratic Congress’s bidding.

According to that report, the likelihood of the committee making a referral decreased after a federal judge wrote in response to that March filing that it was “more likely than not” that Trump and John Eastman, the right-wing lawyer to worked to have then-Vice President Mike Pence overturn the election, broke the law. Some committee and staff members apparently felt that the judge’s finding made issuing a referral overkill.

14/06/2022 Politics Comments Off on Jan. 6 Committee Says a Trump Criminal Referral Is Still on the Table
Markets