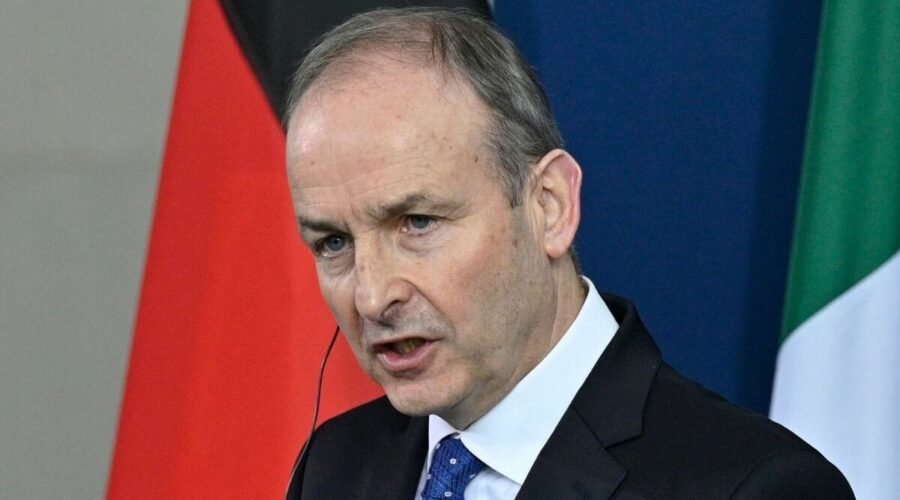 The crucial meeting will also see Ireland’s Taoiseach meet with several business representatives and the leader of the DUP, as political parties demand an answer to the protocol. The re-establishment of Stormont’s powersharing institutions is being blocked by the DUP out of protest at the protocol. The Northern Ireland Protocol has effectively created a border in the Irish sea, placing economic barriers on trade between Great Britain and Northern Ireland.

This comes shortly after Liz Truss announced on Tuesday that she aims to unilaterally scrap parts of the protocol.

While they welcome the move, the DUP has said it will not immediately lift their powersharing boycott, and will instead take on a “graduated and cautious” approach to re-engage.

However, it all depends on what happens with the protocol.

The party’s leader Sir Jeffrey Donaldson has said the DUP needs assurance the Irish Sea trade border will be removed, emphasising that this make take the form of actions, not words.

Sinn Fein has accused the DUP of holding the whole society of Northern Ireland to ransom to achieve their aims.

The opposition emerged as the largest party at the recent Assembly election, and is in line to claim the first minister’s job if powersharing returns.

Speaking ahead of the key meeting with Mr Martin, Sir Jeffrey slammed the “dark shadow” of the protocol, saying: “Powersharing only works with the consent of unionists and nationalists.

“For two and half years every unionist MLA and MP in Northern Ireland has been voicing opposition to the protocol. There must be new arrangements if we are to move forward.

“The protocol has damaged both Northern Ireland’s economic and democratic arrangements. It must be resolved or both our political and economic future will be bleak. It must be replaced by arrangements that can command the support of unionists as well as nationalists.

“The time for denial is over. The protocol has failed. The day London, Dublin and Brussels decided to move ahead without Unionist support was a mistake.

“Dublin must belatedly recognise that if nothing is fixed then there will be no progress.

“There is a great prize of stable devolution if we can remove the dark shadow of the protocol from our politics.

“The choice is clear. The current protocol is incompatible with the Belfast/Good Friday Agreement. The Irish Government can’t have both. Now is the time to find a better way forward. I believe that is possible.”

Sinn Fein’s Conor Murphy said there was no reason why the powersharing could not be returned while the protocol was in effect.

Stormont’s Finance Ministry, Mr Murphy claimed to have £421million he can’t spend because the institution is not functioning.

He said: “The DUP have decided to shut that down in order to engage with the British Government on the protocol.

“The only thing they are doing is punishing people here.

“Let’s get round the table discussing these issues, discussing how to fix the health service and to deal with the cost-of-living crisis.

“There is no reason to delay that any longer than tomorrow, it should be up and running.”

He added that any long-term absence of the Stormont institutions would be “unacceptable and unforgivable”.