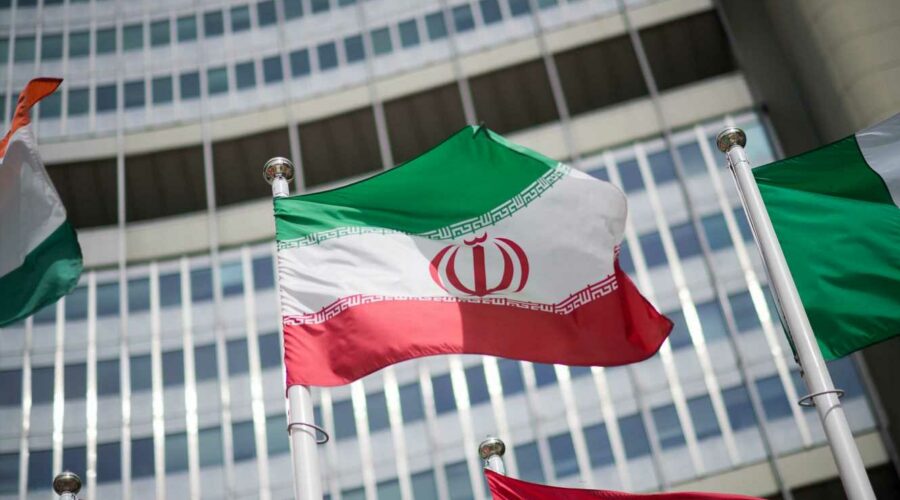 Top diplomats said Sunday that further progress had been made at talks between Iran and global powers to try to restore a landmark 2015 agreement to contain Iranian nuclear development that was abandoned by the Trump administration. They said it was now up to the governments involved in the negotiations to make political decisions.

It was the first official meeting since Iran's hard-line judiciary chief won a landslide victory in the country's presidential election last week.

Some diplomats expressed concern that Iran's election of Ebrahim Raisi as president could complicate a possible return to the nuclear agreement.

Enrique Mora, the European Union official who chaired the final meeting of the sixth round of talks between Russia, China, Germany, France, Britain and Iran, told reporters that "we are closer to a deal, but we are not still there."

"We have made progress on a number of technical issues," Mora added. "We have now more clarity on technical documents — all of them quite complex — and that clarity allows us to have also a great idea of what the political problems are."

He did not elaborate.

Top Russian representative Mikhail Ulyanov said the members of the Joint Comprehensive Plan of Action, or JCPOA, "took stock of the significant progress made at the Vienna talks, including at the sixth round, and decided to make a break to allow participants to consult with their capitals in preparation for what is supposed to be the final round of negotiations."

The nations involved in the negotiations have been trying to resolve the major outstanding issues on how to return the U.S. into the landmark agreement, which then-U.S. President Donald Trump pulled Washington out of unilaterally in 2018. Trump also restored and augmented sanctions to try to force Iran into renegotiating the pact with more concessions.

Ulyanov said after heading back to report on the talks' results to their respective governments, he expected the diplomats to return for the final round of talks in Vienna in about 10 days and said they could finalize negotiations by mid-July.

"I believe we have all chances to arrive at the final point of our negotiations, maybe even by mid-July, unless something extraordinary and negative happens," he said.

In a written statement after the talks Sunday, the E3 European senior diplomats urged speedy decision-making in the capitals involved in the talks.

"Delegations will now travel to capitals in order to consult with their leadership," the diplomats wrote without giving their names, as is customary. "We urge all sides to return to Vienna and be ready to conclude a deal. The time for decision is fast approaching."

Iran's deputy foreign minister for political affairs said Sunday before the meeting that "we think almost all the agreement documents are ready," according to semi-official Iranian news agency Mehr.

"Of the main issues that remain disputed, some have been resolved and some remain, but it has taken on a very precise form and it is quite clear what the dimensions of these disputes are," Seyyed Abbas Araghchi said.

The U.S. did not have a representative at the table in Vienna. However, President Joe Biden's administration has signaled willingness to rejoin the Iran deal under terms that would broadly see the United States scale back sanctions and Iran return to its 2015 nuclear commitments. A U.S. delegation in Vienna is taking part in indirect talks with Iran, with diplomats from the other world powers acting as go-betweens.

Sunday's meeting was overshadowed by the election of Raisi in Iran, which puts hard-liners firmly in control of the government at a time when Tehran is enriching uranium at its highest levels ever, though still short of weapons-grade levels. Tensions remain high with Iran and both the U.S. and Israel, which is believed to have carried out a series of attacks targeting Iranian nuclear sites as well as assassinating the scientist who created its military atomic program decades earlier.

Raisi is the first Iranian president sanctioned by the U.S. government even before entering office, over his involvement in the 1988 mass executions, as well as his time as the head of Iran's internationally criticized judiciary — one of the world's top executioners.

In Jerusalem, new Israeli Prime Minister Naftali Bennett warned Sunday that Raisi's election as Iranian president was "the last chance for the world powers to wake up before returning to the nuclear agreement and to understand who they're doing business with."

"These guys are murderers, mass murderers: a regime of brutal hangmen must never be allowed to have weapons of mass destruction that will enable it to not kill thousands, but millions," he said.

Israel has long stated that it opposes arch-enemy Iran's nuclear program and said it would prevent Tehran from obtaining nuclear weapons. Iran insists its nuclear program is intended for peaceful purposes.

The European Union's foreign policy chief, Josep Borrell, said Sunday he hoped the election of the new Iranian president would not be an obstacle to reaching a deal in Vienna.

"We are very close. We have been working for two months," Borrell told reporters during a visit in the Lebanese capital of Beirut. "So I hope that the results of the elections is not going to be the last obstacle that will ruin the negotiation process."