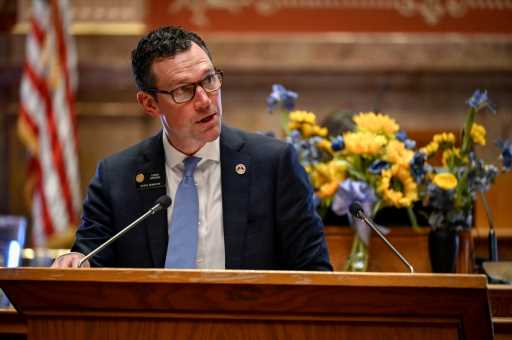 If someone files an open records request and is quoted at $20,000, are the records they seek truly publicly accessible? What if someone from Durango files a request and is told they must submit payment in person in Denver, or by fax machine?

Situations like these make it difficult for people to obtain documents and information that, pursuant to the Colorado Open Records Act (CORA), are meant to be available to the public. High fees and outdated technology commonly act as barriers, but so do lax laws that give sections of government the flexibility to quickly delete certain content, and broad discretion over redaction.

State lawmakers Democratic and Republican alike seem to generally agree that if the goal of CORA is to facilitate public access to government, the law has failed. And for years they have threatened comprehensive reform.

Officials promised they’d get to it in 2020, after a Denver Post investigation found broad inconsistency among state departments’ email retention policies. Then the pandemic set in and the issue was sidelined until 2021, when, again, no bill emerged.

They came pretty close this year. Sen. Chris Hansen, a Denver Democrat, has been working for months on a bill he planned to sponsor with the Weld County Republican Sen. John Cooke. On Thursday, the 100th day of this 120-day legislative session, Hansen and his main ally in the lobby, the Colorado Press Association, said the bill had been nixed for now.

“I went into this process identifying specific issues that we wanted to solve, but each time we dug into one problem, you’d surface additional complications, and it really meant there was a huge amount of back and forth,” Hansen said. “We’re trying to find the right balance, but when you move a little it can have some really big ripple effects.”

The bill he and Cooke were set to introduce had been whittled significantly from its original form, but still proposed several substantial changes. It would have:

That slate of changes would have represented the biggest open-records law change in years in Colorado, but it still wouldn’t have solved one of the biggest barriers to accessing records: cost.

Governments can charge a maximum of $33.58 per hour of work addressing a records request. (This kicks in after the first hour, which is free.) That’s a rate set to inflation, and it’s scheduled to increase again in 2024. It means that even a minor request requiring a few hours of work can be prohibitively expensive for anyone on a budget, and the public has little insight into whether a records custodian really needs as much time as they say they do. Were the custodian motivated to discourage a request, they could claim that a project is twice as time-consuming — and thus twice as expensive — as it really is.

“It may sound cynical, but it can happen that way,” said Jeff Roberts, executive director of the Colorado Freedom of Information Coalition and an advocate for government transparency. “The problem is that we just don’t know, from the requester’s point of view, if it really takes that long, if you’re paying for an agency’s disorganization. That’s where an itemized receipt will be helpful, I think.”

In pushing for the bill, the Colorado Press Association found that the itemized receipt requirement was a difficult sell, said CEO Tim Regan-Porter. He said the requirement for a work group to set new rules for uniform records retention was also a sticking point before the bill was shelved.

“We met some opposition,” he said, “and in order to get the bill to move forward, we would’ve had to change the bill in ways that weren’t acceptable to us.”

He, like Hansen, is hopeful that this year’s process laid the groundwork for a successful one next year. But lawmakers have said that before.

“The perfect policy is always on the horizon,” said state Sen. Paul Lundeen, a Monument Republican.

But that perfect policy is hard to grasp, he said, because of how thorny open-records issues become once one digs beyond the surface. Lundeen said the legislature must work to let the public access “as much of the people’s business as is practical.”

“Then you bump up against issues of security and privacy,” Lundeen said.

He and many more in government are concerned about the “weaponization” of open records laws by people fishing for information they can use in lawsuits or political campaigns. Last summer, Lundeen spent parts of three days going over his own calendar to satisfy a request he’s convinced was nothing more than a “political witch hunt.” Even the legislature’s most ardent supporters of CORA reform say they want to be very careful not to open the door to more of that.

“It needs to be a tool for government transparency, not a tool to abuse or subvert a system for negative reasons,” said state Sen. Kerry Donovan, a Vail Democrat.

Donovan plans to push for the legislature to convene an interim committee on CORA after this session ends in May. She wants that committee to examine open records policy and propose changes ahead of the 2023 session.

It’s unclear, she said, whether the legislature can work to make public records truly public without inviting more of the requests they’re trying to limit.

“I don’t know, but we’ve got to try,” Donovan said. “Because I don’t think CORA is working right now, and it needs to.”