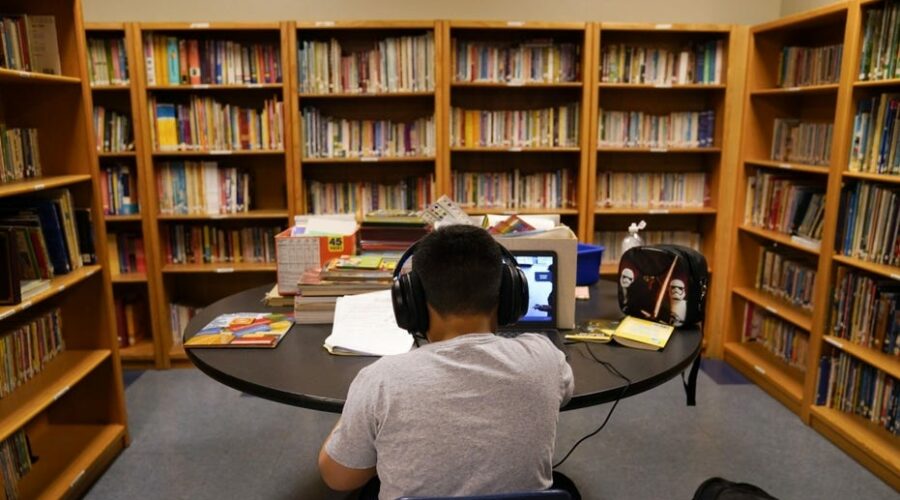 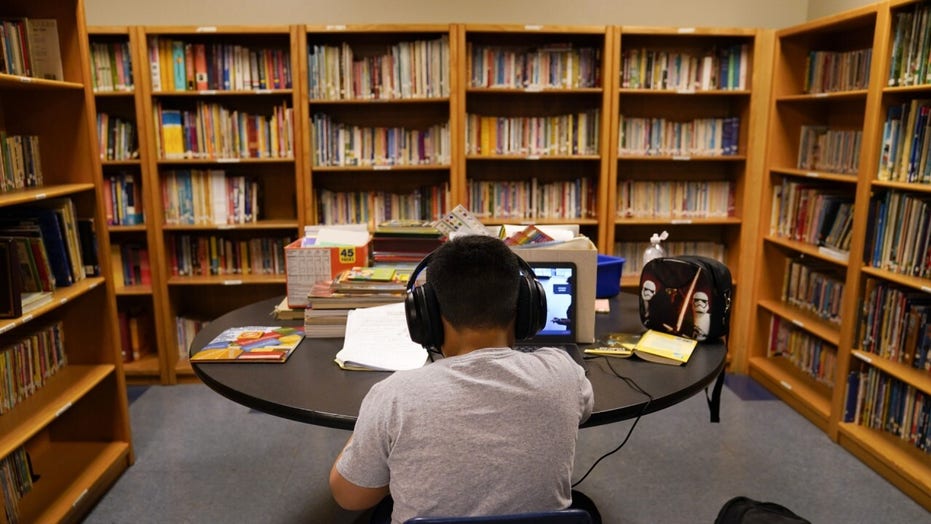 Idaho GOP State Sen. Carl Crabtree explains why it was important for him to sponsor the bill on ‘Fox &amp; Friends.’

An Idaho lawmaker accused of rape by a 19-year-old legislative intern has resigned after an ethics committee found he should be formally censured.

The investigation into Rep. Aaron von Ehlinger began in March after a young staffer reported he raped her in his apartment after the two had dinner at a Boise restaurant. Von Ehlinger has denied all wrongdoing and maintains he had consensual sexual contact with the young woman. He resigned Thursday after an ethics committee unanimously agreed that he engaged in “behavior unbecoming” and recommended that he be suspended without pay for the rest of the legislative session.

The Boise Police Department is investigating the rape allegations, and von Ehlinger has not been charged.

The Republican from Lewiston wrote in his resignation letter that he hoped stepping down would spare his colleagues from having to deal with the ethics committee’s recommendation, which he disagreed with.

“After careful deliberation and prayer I have determined that I will not be able to effectively represent my constituents and … have decided to resign my seat effective immediately,” von Ehlinger wrote. “I maintain my innocence of any wrongdoing of which I have been accused in this matter.”

The ethics panel had also recommend that von Ehlinger be held in contempt for refusing to answer some questions during his testimony on Wednesday. The lawmaker invoked his Fifth Amendment right not to incriminate himself on the advice of his attorney, but Idaho law states that testimony given in a legislative ethics panel can’t be used in criminal court cases. That means the Fifth Amendment doesn’t apply, the committee said.

The investigation into von Ehlinger began in March after a young staffer reported he raped her in his apartment after the two had dinner at a Boise restaurant. Von Ehlinger has denied all wrongdoing and maintains they had consensual sexual contact. The Boise Police Department is investigating, and von Ehlinger has not been charged.

The five-member ethics panel also agreed that they would throw unanimous support behind a motion to expel von Ehlinger if any House lawmaker decides to make one.

The decision came the day after the panel heard hours of testimony, including from the teen who first brought the allegations. She was shielded from public view by a black screen and used the name Jane Doe during the proceedings, but some far-right blogs and at least one lawmaker, Rep. Priscilla Giddings, R-White Bird, has revealed the teen’s identity in a social media post and in a link embedded in a newsletter to her constituents. At least one of the blogs was edited days later to remove the teen’s photo and name. 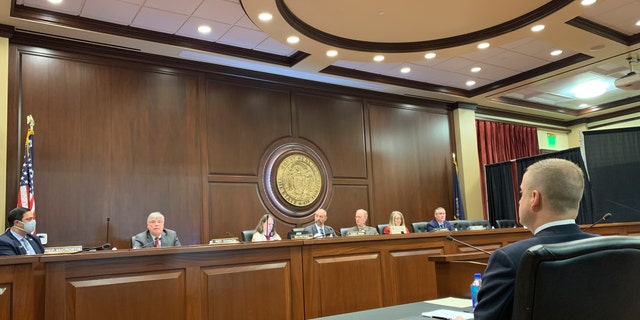 Idaho state Rep. Aaron von Ehlinger, right, a Republican from Lewiston, watches as members of the House ethics committee discuss whether he acted in a way that was "unbecoming" to his position in connection with rape allegations brought against him by a 19-year-old intern, during a hearing in Boise, Idaho, on Thursday, April 29, 2021. The committee unanimously agreed on Thursday that von Ehlinger should be formally censured and suspended from his office, and that a new lawmaker should be appointed to serve in his place. The full House could vote on the matter as soon as Friday. (AP Photo/Rebecca Boone)

The Associated Press generally does not identify people who say they have been sexually assaulted.

After the teen testified, some of von Ehlinger’s supporters and one television news reporter pursued her out of the building, attempting to film her as she rushed to her car. The Capitol Correspondents Association, the credentialing entity for news reporters covering the Idaho Legislature, convened an emergency meeting of its Standing Committee after hearing of the reporter’s involvement and revoked the reporter’s credentials for violating the established press rules for coverage of the hearing.

Rep. John McCrostie, a Democrat from Garden City, lauded the intern for her bravery in coming forward.

“Sexual assault survivors are seldom subjected to having their testimony publicly broadcast. But she knew that her truth enabled others to not suffer as she has,” McCrostie said.

“We owe it to Jane Doe and to future Jane Does” to ensure that the work of the House of Representatives is conducted with integrity, he said.

Idaho Falls Republican Rep. Wendy Horman said von Ehlinger was inconsistent in his testimony and wrongly refused to answer pertinent questions, and the evidence showed he maintained a pattern of hitting on subordinates at the Statehouse despite repeated warnings.

She rejected his argument that because there was no written rule against dating staffers, there was nothing wrong with the behavior.

“There is no House rule against poisoning another person, yet his behavior has poisoned all of us,” Horman said. “Conduct unbecoming is an undefined term for a reason per our rules.” 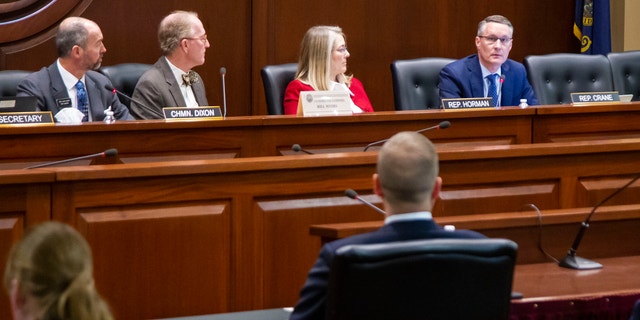 The Idaho Ethics and House Policy Committee votes during a hearing regarding state Rep. Aaron von Ehlinger, center back to camera, Thursday, April 29, 2021, in Boise, Idaho. The committee agreed that von Ehlinger, accused of rape by a 19-year-old intern, should be formally censured and suspended from office. The full House could vote on the matter as soon as Friday. (Darin Oswald/Idaho Statesman via AP)

Rep. Brent Crane, a Republican from Nampa, said the public’s perception of the entire legislative body will be measured by the incident and that the panel needed to ensure that constituents are served by those with the highest moral standards. He said von Ehlinger engaged in a “predatory pattern” of behavior.

“The Idaho House of Representatives existed long before we arrived, and it will be here long after we leave, but history will judge us by our actions today,” Crane said. “I want our actions to provide a clear directive.”

The attorneys who are representing the intern, Erika Birch and Annie Hightower, released a statement thanking the committee for recommending that von Ehlinger be censured and “taking the first steps to hold him accountable for raping a teen intern.”

The attorneys also noted it has been incredibly difficult for their client, especially when she was accosted by the onlookers after testifying. A television news reporter also followed the teen, the attorneys said, filming her distress. The news station later destroyed the footage and did not broadcast it.

“The unrelenting harm that has occurred as a part of this process, and as a result of her being doxxed in blogs and by Rep. Priscilla Giddings, is exactly why two-thirds of Idaho survivors of sexual assault never choose to report the crimes against them,” the attorneys said. “Every time a system fails to protect survivors it reinforces why survivors of sexual violence choose not to report and to suffer in silence.”

Von Ehlinger and his attorney Edward Dindinger did not respond to requests for comment.