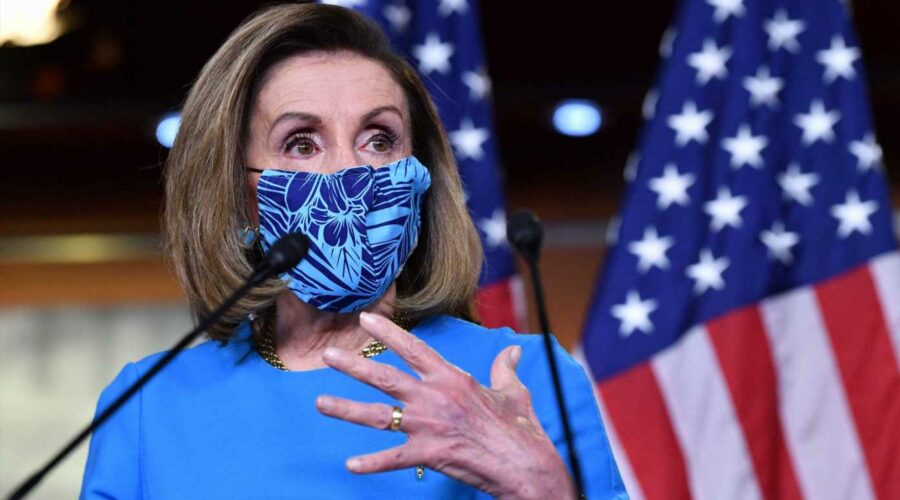 The House plans to vote Wednesday on a bipartisan bill to create an independent commission to investigate the Jan. 6 insurrection at the U.S. Capitol as the chamber's GOP leaders lobby against its passage.

The plan would set up a panel to probe the attack on the legislature by a mob of Trump supporters, which led to the deaths of five people, including a Capitol Police officer. Democratic and Republican leaders would each appoint five people to the 10-member commission, which would issue a report after it finishes its investigation. The panel would have subpoena power.

The Democratic-held House is expected to pass the measure with some GOP support as lawmakers seek more information on what led to the violent attempt to disrupt the transfer of power to President Joe Biden. House Minority Leader Kevin McCarthy, R-Calif., has opposed the plan and his leadership team formally urged Republicans to vote against it.

The bill will have a harder time getting through the Senate. While Senate Majority Leader Chuck Schumer, D-N.Y., plans to bring it to a vote, Minority Leader Mitch McConnell, R-Ky., announced his opposition to it Wednesday. Democrats would need only 10 GOP votes to approve the measure in the Senate, but McConnell's stance deals a blow to its prospects.

"It's not at all clear what new facts or additional investigation yet another commission could actually lay on top of existing efforts by law enforcement and Congress," McConnell said. "The facts have come out and they'll continue to come out."

Ahead of the House vote Wednesday, Schumer said the chamber's Republican leaders "are caving to Donald Trump and proving that the Republican Party is still drunk off the big lie."

A mob of supporters of former President Donald Trump, fueled by his unfounded claims that widespread fraud propelled Biden's 2020 election win, overran the Capitol while lawmakers formally counted the president's victory. The rioters came within moments of reaching members of Congress and former Vice President Mike Pence — who rejected Trump's pressure to use his ceremonial role in the process to help to overturn the election result, prompting chants of "Hang Mike Pence!"

House Democrats, joined by 10 Republicans, impeached Trump for inciting an insurrection during his final days in office. The Senate acquitted the former president after he left the White House. All 50 members of the Democratic caucus and seven Republicans voted to convict him.

Republican criticism of the commission deal comes as much of the party tries to downplay the attempts to disrupt the transfer of power or compare them to other political violence or property damage. House Republicans in particular have aimed to curb criticism of Trump — the most popular figure in their party — as they try to win back control of the chamber in the midterm elections next year.

In statement announcing his opposition to the commission deal Tuesday, McCarthy contended the panel should have a broader scope. He also said he worried it could duplicate investigative efforts by congressional committees and the Justice Department.

"Given the political misdirections that have marred this process, given the now duplicative and potentially counterproductive nature of this effort, and given the Speaker's shortsighted scope that does not examine interrelated forms of political violence in America, I cannot support this legislation," McCarthy said.

In comments to NBC News on Tuesday, House Speaker Nancy Pelosi, D-Calif., criticized what she called "cowardice on the part of some on the Republican side," who do not "want to find the truth."

The top House Democrat has called the commission — crafted by Reps. Bennie Thompson, D-Miss., and John Katko, R-N.Y. — vital to understanding the attack on the Capitol.

"The American people expect and deserve the truth about what happened on January 6th in a manner that strengthens our Democracy and ensures that January 6th never happens again," she said in a separate statement Tuesday.