Democrats are frantically searching for new tax ideas that can unify the party and pay for President Joe Biden’s Build Back Better agenda.

House Democrats unveiled a tax plan Monday that diverges from an earlier Biden proposal in key ways, offering a lower corporate tax rate than the president proposed and omitting a levy aimed at inherited wealth.

Rep. Richard Neal (D-Mass.), chairman of the House Ways and Means Committee, proposed a 26.5% top corporate tax rate, slightly lower than the 28% rate favored by Biden, as part of a sprawling bill that would partially roll back corporate tax changes Republicans made in 2017.

Democrats are trying to come up with $3.5 trillion worth of revenue to offset the cost of a suite of new safety net policies in the Build Back Better bill, including monthly payments to parents, universal prekindergarten, free community college and paid family leave.

Democrats envision the bill as their last, best chance to expand the federal safety net while they control the White House and both chambers of Congress. They have likened the bill to the New Deal of the 1930s, which created Social Security retirement insurance — one of the most successful and popular federal programs of all time.

On the households side of the tax code, Biden had proposed taxing investment income at the same rate as working income for those earning more than $1 million, as well as repealing the so-called “step up in basis” that cancels taxes on assets handed down from one generation to the next.

The lower tax rates for investment income, or capital gains, are why some super wealthy people pay lower taxes than workers with regular jobs. But Biden’s capital gains proposals have come under withering attack from lobbyists and dubious claims that family farms would suffer.

Instead of taxing capital gains at death, House Democrats proposed a 3% surcharge on incomes above $5 million. The surcharge seems like it was designed to be more acceptable to conservative Democrats wary of being accused of hurting farms. 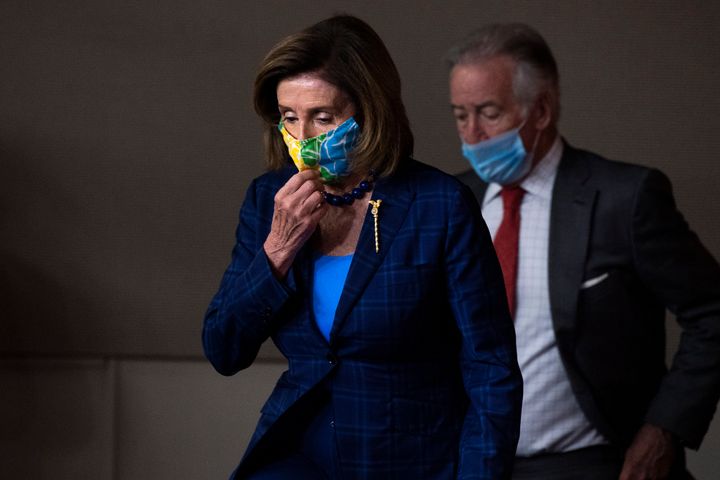 Sen. Ron Wyden (D-Ore.), the chairman of the Senate Finance Committee, which is working on its own version of the tax legislation, suggested Monday that he did not love the House bill.

The surcharge would likely raise as much as a repeal of stepped-up basis, according to Marc Goldwein, senior policy director at the Committee for a Responsible Federal Budget, and would likely affect similarly wealthy households.

“But repealing stepped-up basis would have been better, more efficient, and more pro-growth tax policy,” Goldwein said in an email.

The stepped-up basis loophole is inefficient, the CRFB and many others have argued, because it creates an incentive for people to hold assets for too long in order to avoid capital gains taxes.

Wyden has proposed new taxes on stock buybacks and partnership income as an apparent alternative.

Democrats have tiny majorities in the House and Senate, meaning party leaders have to satisfy both progressive and moderate members to get the bill to the president’s desk. Placating moderates can anger progressives, and that’s the risk Neal is taking with Monday’s draft.

“They failed. It’s that simple,” Morris Pearl, chair of the pro-tax group Patriotic Millionaires and a former managing director at the investment firm BlackRock, said in a statement on the bill. “This is not what the American people voted for when they elected Joe Biden as President.”