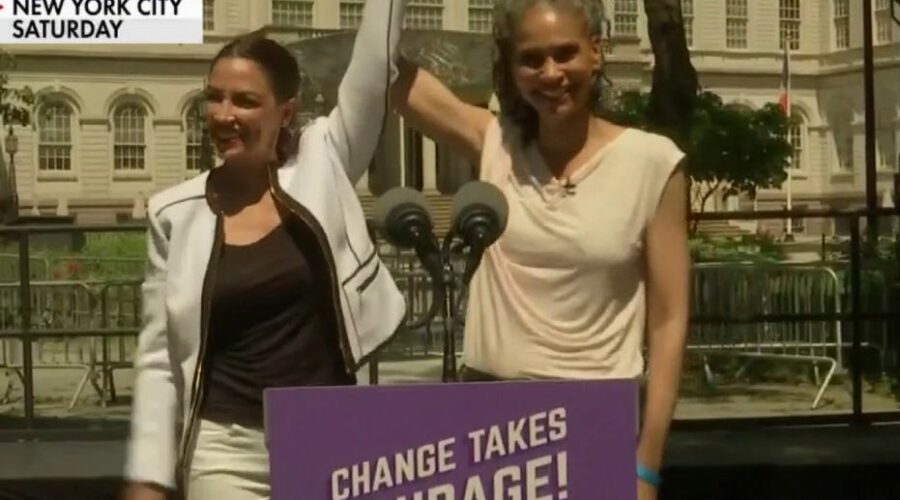 “I’m proud to endorse [Brown] for Congress in the OH special election,” Clinton tweeted. “Shontel made history as the first Black woman to chair her county Dem party, and she’ll work to help her state and our country recover from COVID.”

The former secretary of state also called on people to join her in supporting Brown’s campaign while sharing an ActBlue link for donations.

Brown is a native of Cleveland, Ohio, and “began her service as a Warrensville Heights city council member in 2012,” according to her website. She has also received endorsements from Reps. Joyce Beatty, D-Ohio, and Ted Deutch, D-Fla.

“Secretary Clinton has been a champion for working families for her entire career, and I am incredibly honored to receive her endorsement,” Brown said in a Wednesday statement after Clinton’s endorsement. “As a volunteer for her campaign in 2016, I was inspired by her message to put women at the head of the table, finally.”

“I believe we need more leaders in office who are focused on results over rhetoric. That means a congresswoman who will fight for affordable, quality, universal health care, an end to gun violence, and jobs that can actually support a family,” she continued, adding her “priority” in Congress “will be to always put Northeast Ohio first.”

Clinton’s endorsement of Brown is at odds with the endorsement of former Democratic state Sen. Nina Turner by Ocasio-Cortez and other prominent progressives in the party and in Congress, including Sen. Bernie Sanders, I-Vt., and other “Squad” members.

The competing endorsements illustrate the divide among old guard national Democrats and their new progressive contemporaries.

Ocasio-Cortez threw her hat behind Turner in March, calling the former Ohio state lawmaker a “bold, unapologetic progressive who has spent her entire career advocating for the working people of Northeast Ohio.”

The de facto “Squad” leader also said Turner is “a powerful voice for progressive values and policies that will make a meaningful difference in the lives of working people across the country – like Medicare-for-All, a $15 minimum wage, and a Green New Deal.”

Turner served as co-chair of Sanders’ 2020 presidential campaign, and made headlines in July of last year after comparing voting for Biden to munching down on a “bowl of sh–.”

“It’s like saying to somebody, ‘You have a bowl of s— in front of you, and all you’ve got to do is eat half of it instead of the whole thing.’ It’s still s—,” Turner described to Atlantic staff writer Peter Nicholas.