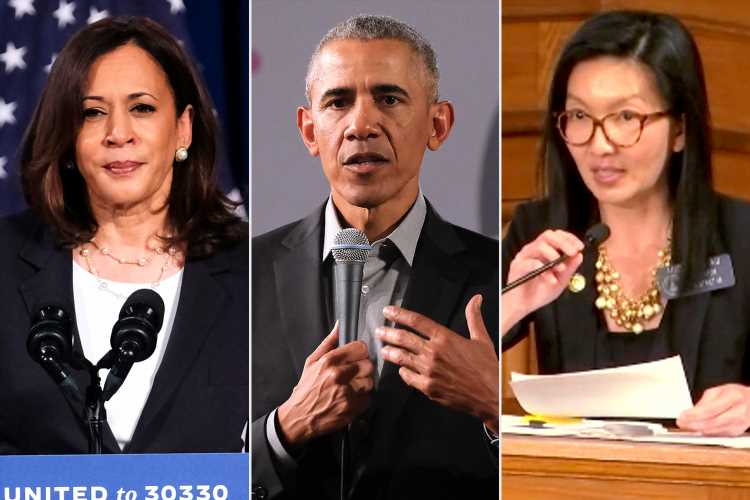 Leading lawmakers in Georgia and around the U.S. are mourning the victims of a spree shooting in the Atlanta area on Tuesday, which investigators say targeted three Asian spas.

Eight people were killed by a gunman who opened fire at the spas — one in Cherokee County north of Atlanta and two in Atlanta soon after. Six of the eight slain were Asian women.

The suspect, a 21-year-old white man named Robert Aaron Long, is in custody and confessed to the killings, authorities say. (It was unclear if he has retained an attorney who could speak on his behalf.)

"Knowing the increasing level of hate crime against our Asian American brothers and sisters, we also want to speak out in solidarity with them and acknowledge that none of us should ever be silent in the face of any form of hate," said Harris, 56, the first person of Asian descent to become vice president.

"We're not yet clear about the motive," she added. "But I do want to say to our Asian American community that we stand with you and understand how this has frightened and shocked and outraged all people."

President Joe Biden said he would wait for an investigation to take place before commenting on the shooter's motivation but called the broader issue of Asian discrimination "very, very troubling."

Local investigators said Wednesday that the suspect seemed to have a sex addiction and the spas were "a temptation for him that he wanted to eliminate." He "may have frequented some of these places in the past," the Cherokee County sheriff said.

"Whatever the motivation here, I know Asian Americans are — they are very concerned, because as you know I have been speaking about the brutality against Asian Americans for the last couple of months and I think it is very, very troubling," Biden said Wednesday, speaking to reporters in the Oval Office.

"Whatever the motivation was for this guy, we know that the majority of the victims were Asian," Atlanta Mayor Keisha Lance Bottoms said, according to The New York Times. "We also know that this is an issue that is happening across the country. It is unacceptable, it is hateful and it has to stop."

Georgia state Sen. Michelle Au, who is Chinese-American, told The Washington Post the shooting took place "in a landscape where Asian Americans are increasingly terrified and fearful for their lives and their safety because of these escalating threats against our people."

In a statement, Au called the shootings "senseless" and called on Americans to pledge solidarity with the country's Asian American community.

"Recognize that we need support, we need protection, and we need your voices raised with ours against hate," she wrote.

Former President Barack Obama, 59, tweeted that "although the shooter's motive is not yet clear, the identity of the victims underscores an alarming rise in anti-Asian violence that must end." He also called for legislative solutions to "the epidemic of gun violence."

He said he and former First Lady Michelle Obama were praying for the victims and their families.

Georgia Sen. Raphael Warnock sent his prayers as well. "My heart is broken tonight after the tragic violence in Atlanta that took eight lives," he tweeted. "Once again we see that hate is deadly."

Sen. Jon Ossoff, Georgia's other senator, released a statement saying he was "heartbroken" over the murders.

"While the motive for last night's terrible violence remains under investigation, I express my love and support for and stand in solidarity with the Asian-American community, which has endured a shocking increase in violence and harassment over the last year," Ossoff wrote.

"I think about these women's lives, their hopes and dreams, their family members who will never see them again," Yang soon added. "So heartbreaking."

Many critics have pointed to former President Donald Trump's repeated use of racist language such as referring to the coronavirus as the "China virus" and the "Kung Flu."

A spokesman for Trump did not respond to PEOPLE's request on Wednesday for comment on the Georgia shootings.

Last week, Biden, 78, condemned racism against Asian Americans during a primetime television address about the pandemic, calling hateful rhetoric and violence "un-American" and urging it to end.

"At this very moment, so many of them, our fellow Americans, they're on the front lines of this pandemic trying to save lives," Biden said. "And still — still — they are forced to live in fear for their lives just walking down streets in America. It's wrong, it's un-American and it must stop."