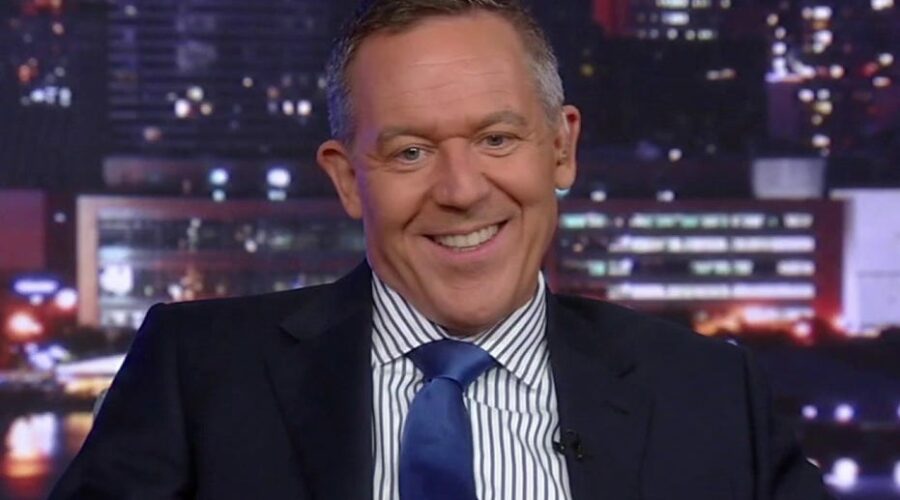 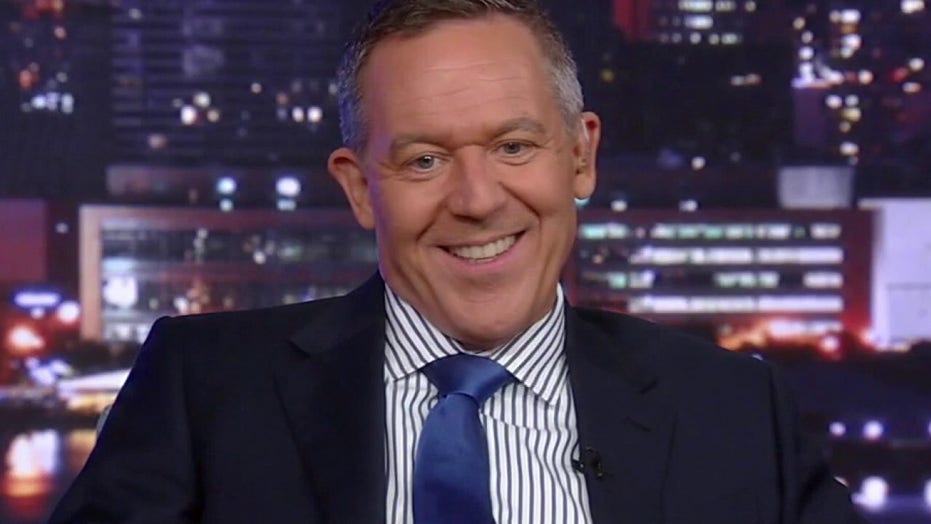 Gutfeld: Will the media apologize for Avenatti coverage?

Montage of Avenatti love: Cuomo: you got lucky tonight, we are back with attorney Michael Avenatti. He is a main player//Navarro: to me, you are like the Holy Spirit. You are all places at all times. //Behar: he is out there saving the country//Matthews: look I think you are doing a hell of a job//I don’t think you are in this for money//Stelter: looking at 2020, one reason I am taking you seriously as a contender is because of your presence on cable news.//Gayle king: he is a rock star I think. It will be interesting to see his next chapter.

Hey Gayle, the title of the next chapter is in: you’re all stupid idiots. Behold.

Fox News’ Trace Gallagher report: Michael Avenatti, lawyer who represented Stormy Daniels in legal battles with former President Trump, sentenced to 2 and a half years in prison. The jury convicted Avenatti of trying to extort up to 25 million dollars from Nike and this is not the end of his legal troubles.  He still faces two more trials

So there goes the media’s worst presidential hopeful since Hillary. Yep, a federal judge sentenced the litigating lollipop to 30 months, a month for every selfie he took with a CNN anchor. It’s not quite 3 years – which is roughly the amount of time left in Kat’s marriage, or Kilmeade’s hairline. 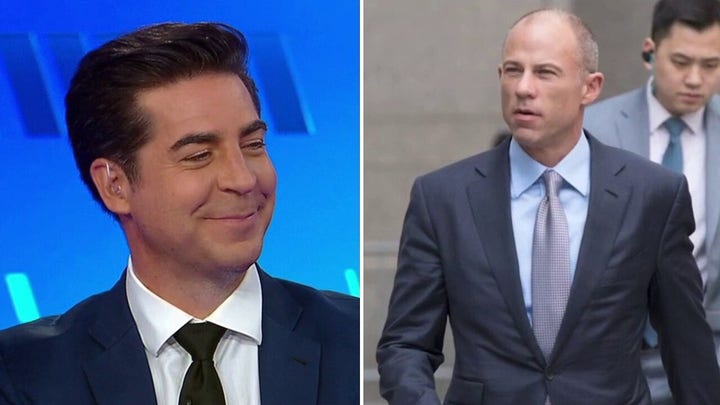 This, for trying to extort millions from Nike. He’s headed to a federal facility in Oregon – a far cry from partying at don lemon’s place in the Hamptons – although, between those options, I’d still take Oregon.

But like many creepy exhibitionists, Avenatti rose to fame on the back of Stormy Daniels. But he really got a boost from the drooling media, who saw him as their tinier hairless version of Trump. He was like a hopped-up hamster programmed to pontificate about that evil orange Godzilla. And it went according to plan. For about ten minutes. But now he’s done. He’s ruined.

First embraced, then spit out – by the media who adored him, but no longer want him around to remind everyone else of their own idiocy. Now you won’t see him on cable, unless it’s an episode of “Lockup: Extended Stay.”

Yes, he used the media. They used him too. But you can bet that all those CNN fanboys aren’t answering his calls anymore. Except maybe Stelter who is lonelier now, than he was at lunch in the high school cafeteria.

So is it wrong to take a victory lap? Well, it is my favorite form of cardio. And we’re talking about the media here, who thinks you’re stupid, and that they’re always right on everything. And when they turn out to be wrong, they memory-hole it faster than Joe Biden being asked what he had for breakfast. 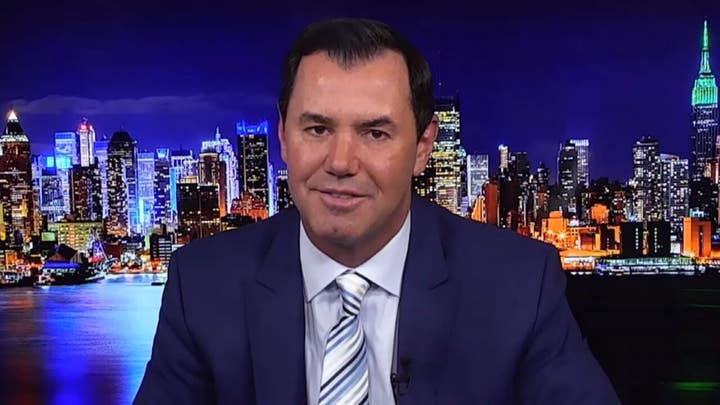 Fact is, almost all the media’s handiwork is a hate crime hoax against you. They spend their careers making you into the bad guy, while elevating creeps like Avenatti. Fueled by their own narcissism, they elevated Avenatti so they could look cool. Overlooking the obvious red flags everyone else could see.

Avenatti had more problems than a “Fox & Friends” cooking segment. And he makes Kat look more wholesome than a multi-grain breakfast cereal. Yet they took pictures with him, partied with him. And now, they look like tools. Because they are tools. His tools.

I wonder if Brian Stelter will admit his humiliation on reliable sources, cuz if he doesn’t – how can he be considered reliable? Just admit you screwed up captain cue ball, and be done with it. But you won’t. Any more than Rachel, “The View,” or Cuomo will.

Meanwhile, before the court, Avenatti cried like a newborn baby who was just slapped on the ass, citing TV and Twitter as evils that fueled his thirst for fame. He’s right. He got to trend on Twitter more times than a Kardashian butt-pic. Now he’ll do his tweeting from cellblock c, quenching his thirst with homemade wine fermented behind a radiator.

So- do you think any blue checks on Twitter or execs in CNN boardrooms care about him? Of course not. They’re running from him like he’s a cicada with corona. And what of that clucking clatterbag Ana Navarro, who compared him to the Holy Spirit. Now it’s the father, the son, and the please-lose-my-number. Will she visit this Christ-like figure in jail, or will she go the Judas route and pretend he no longer exists, like she does with her principles. 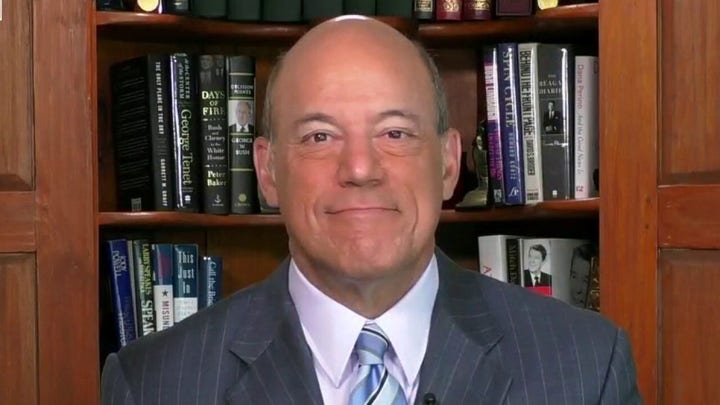 But Fox got his number straight away. Remember this golden moment?

But to me, Avenatti serves a purpose. He shows us how the media works, and how it doesn’t. And what it wants, and what it will do to get what it wants. It wants ratings, and it hates threats to its ratings, its influence, its power. They thought Avenatti was the perfect ally – but it’s like when KISS took off their makeup, it backfired.

So what do they do now? If we know the media, they’ll pretend like nothing happened. The story will vanish like Joy Reid’s homophobic blog posts. Because in the end, they’re all rats just like Avenatti. Just with more places to hide.

This article is adapted from Greg Gutfeld’s opening monologue on the July 9, 2021 edition of “Gutfeld!”

10/07/2021 Politics Comments Off on Greg Gutfeld: Almost all the media's handiwork is a hate crime hoax against you
Markets