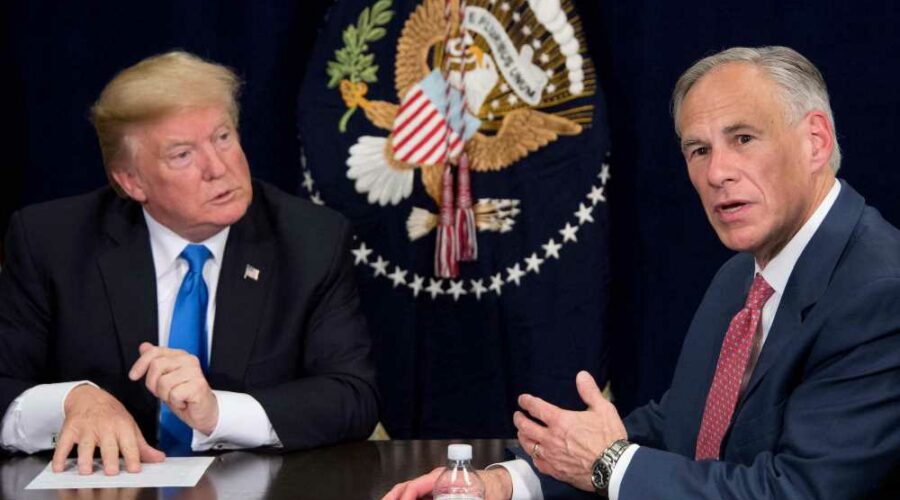 During the same week that the Biden administration continued its effort to put a halt to the wasteful government spending on former president Trump’s useless and mostly nonexistent border wall, Texas Governor Greg Abbott vowed to match Trump’s stupidity in his state.

Abbott’s announcement to build a wall in Texas came during a Thursday border security summit he hosted in Del Rio, saying, “Texas will not sit idly by as this crisis grows.”

The governor’s pledge matches that of his Republican primary challenger Don Huffines, who promised in May, if elected, “We will build our own wall without the federal government, and we’re not going to ask their permission to do it. It will be a Texas wall.”

Trump's Justice Department May Be More Corrupt Than Anyone Realized

But like Abbott, Huffines gave few details on how he’d actually accomplish that feat since the state has little authority to do so, given the fact that much of the land is privately or federally owned.

“States don’t have authority over immigration and our borders, that’s a federal authority,” said Domingo Garcia, national president of the League of United Latin American Citizens. “It’s not constitutional and we’re planning to challenge it in court once we see the final order.”

None of that likely matters to Abbott or Huffines, both of whom are well aware of how Trump used xenophobic lies to help capture the White House in 2016 and know that Trump didn’t give reasonable details about how his wall would be built or paid for, even going so far as to promise that Mexico was going to fund his pet project (but it never did).

Instead, Trump re-routed funds for military construction to go toward his precious border wall. But on Friday, the Biden administration announced that it’s returning more than $2 billion that Trump had redirected from the Department of Defense to fund the wall. The White House had made it clear earlier this year what it thought of Trump’s wall, releasing a proclamation on the matter only weeks after Biden’s inauguration.

“Building a massive wall that spans the entire southern border is not a serious policy solution. It is a waste of money that diverts attention from genuine threats to our homeland security,” the proclamation said.

12/06/2021 Politics Comments Off on Gov. Abbott and Rival Try to Out-Trump Each Other With Vow to Build Wall in Texas But Give No Details How
Markets