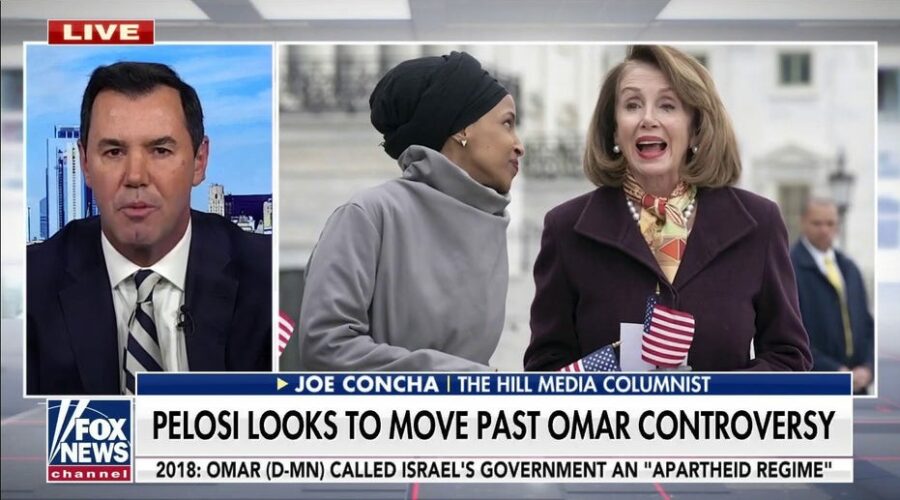 Joe Concha: Pelosi’s comments on Ilhan Omar ‘sends a strong message’ that the radicals are in charge

Waltz said Pelosi was “ignoring” that the progressive members of her party were defending terrorism, following comments made last week by Rep. Ilhan Omar, D-Minn., that appeared to compare the U.S. and Israel to Hamas and the Taliban.

Earlier in the day, Waltz explained to Fox News that he did not agree with Pelosi that it was time to move on because the Squad’s rhetoric has been consistent.

“This isn’t just a one-time incident, we have Rep. [Rashida] Tlaib [D-Mich.], comparing Israel to Apartheid, we’ve had … a series of incidences in 2019 that led to another censure resolution,” Waltz told Fox News’ Sandra Smith. “This is a trend, and this is why I think you’re seeing my Democratic colleagues of Jewish-American background also saying enough is enough, it’s time to speak out, and it’s time to stop this.”

Waltz told Smith he and several other members of the GOP had renamed the Squad the “Hamas Caucus” for the steady stream of offensive rhetoric, alongside their willingness to “turn a blind eye” to what certain terrorist groups are doing.

Pelosi told Fox News on Monday that it was “dangerous” to characterize fellow lawmakers as such, adding that she did not have any thoughts on a resolution introduced by Waltz and two other House Republicans on Monday condemning the Squad for “defending foreign terrorist organizations and using rhetoric which contributed to anti-Semitic attacks across the United States.”

“No thoughts on it at all,” Pelosi said. “They shouldn’t be doing it…but they did.”

The war of words in Congress comes after Omar said in a Twitter post last week that “unthinkable atrocities” had been committed by “the U.S., Hamas, Israel, Afghanistan, and the Taliban.” Omar also drew rebuke from fellow Democrats who also interpreted her comment as a comparison of the human rights records of all the entities mentioned.