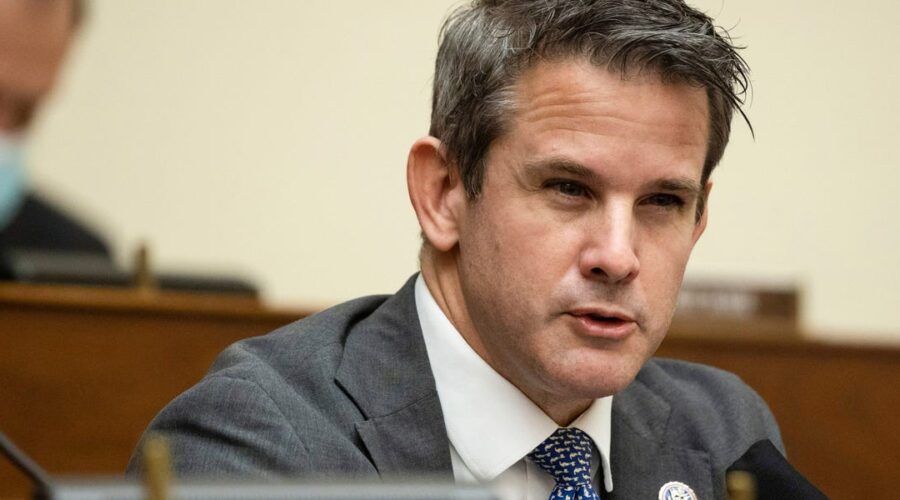 In a tweet on Thursday, Rep. Adam Kinzinger became the first Republican lawmaker to call on his colleague Rep. Matt Gaetz to resign over sex-trafficking allegations.

Kinzinger tweeted a link to a story from The Daily Beast that alleges Gaetz paid money to an accused sex trafficker, who then sent the money to young women.

“Matt Gaetz needs to resign,” the Illinois representative said alongside a link to the story.

Read more: We asked 30 Republicans who know and have worked with Rep. Matt Gaetz if they’ve reached out to him as his sordid sex stories snowball. Their collective silence was deafening.

On Thursday, The Beast reported Gaetz, a Republican from Florida, paid $900 via Venmo to his political ally Joel Greenberg in 2018. Greenberg, a former Florida tax collector, then sent the money in various amounts to three young women.  All of the women were over 18, according to The Daily Beast, which reviewed the Venmo transactions, and the funds were marked for “tuition” and “school.”

Greenberg was charged with multiple counts of sex trafficking last year, an investigation that prompted the probe into Gaetz. The Justice Department is also probing whether Gaetz violated sex-trafficking laws and whether he had a sexual relationship with an underage girl, The New York Times reported.

Greenberg and Gaetz have both denied the allegations against them. Gaetz has said he has “never” paid for sex or had a sexual relationship with a minor.

Republicans have largely been quiet on the accusations against Gaetz, including former President Donald Trump, of whom the lawmaker was a staunch supporter. Several of Trump’s aides had advised him against publicly defending Gaetz due to the seriousness of the accusations, The Times’s Maggie Haberman said.

The former president broke his silence on the matter Wednesday to dispute reports that said Gaetz had sought a preemptive pardon from Trump before he left office.

“Congressman Matt Gaetz has never asked me for a pardon,” Trump said in a statement. “It must also be remembered that he has totally denied the accusations against him.”

Two of Gaetz’s aides have abandoned the lawmaker since news of the investigation came out. Devin Murphy, Gaetz’s legislative director, told people he quit because “he was interested in writing bills, not working at TMZ,” according to The Times.