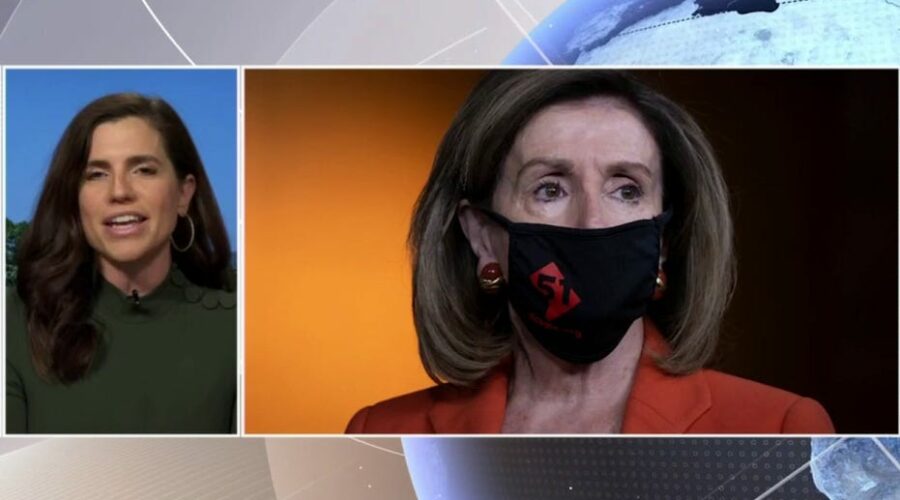 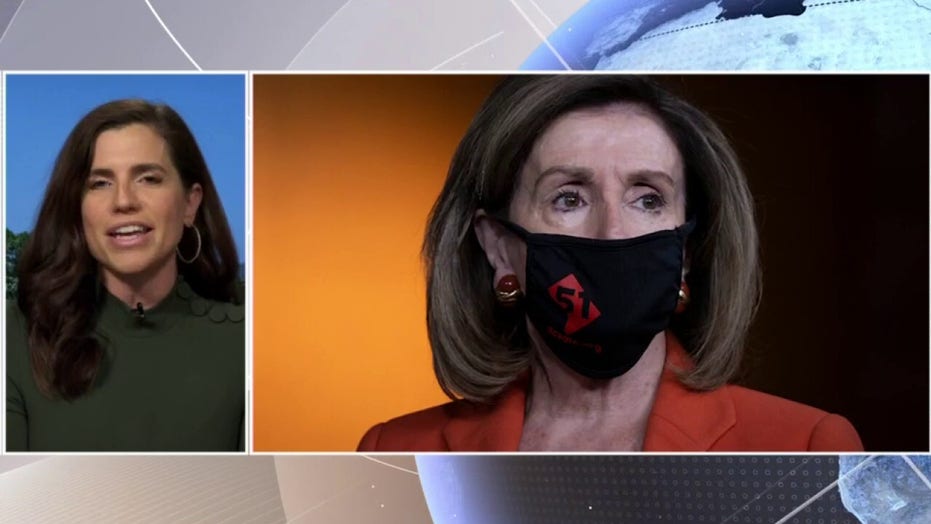 Some Republican members are in rebellion over the House’s failure to change its rule on masks in light of new guidance from the Centers for Disease Control.

GOP members of the House refused to follow rules set by Speaker Nancy Pelosi, D-Calif., mandating masks on the House floor Tuesday. At least one was threatened with a fine.

The CDC issued new guidance last week saying that masks are not necessary for fully vaccinated people in most circumstances. While the White House followed lifted its mask requirement, the House did not.

Just two days before, Pelosi had relaxed mask guidance so that members could take their face covering off when they were recognized to speak on the floor.

Meanwhile, there is no mask rule in the Senate chamber.

During debate on the House floor Tuesday, Rep. Brian Mast, R-Fla., was seated behind Rep. Chip Roy, R-Texas, as he was speaking. Mast confirmed to Fox News that a member of the House Sergeant at Arms (SAA) staff approached him about not wearing a mask, and Mast said he would not be putting one on. Mast told Fox News that the House SAA staffer told him he is subject to a fine.

Mast told Fox News he has been fully vaccinated.

During a vote later in the afternoon, several members coud be seen without masks on the floor in a photo posted by Rep. Marjorie Taylor Greene, R-Ga. “Masks are oppressive and nothing but a political tool. End the oppression!” she wrote on Twitter.

Mast told Fox News that a Democratic lawmaker came up to him and a group of maskless GOP members and told them they should be ashamed of themselves.

“I can’t give you her name because she had a mask on,” he said. “I didn’t know exactly who she was, she was saying we should all be ashamed of ourselves and started yelling at us, and then told us all to get out of her face even though we weren’t really talking to her,” he said.

“Speaker Pelosi, in my opinion only wants it done where people can see you on TV,” Mast said of the mask rule, noting that face coverings are not required in the House gym or in private meetings, or anywhere else in Congress.

After House votes tonight where some GOP members refused to wear masks, a number of them went outside to take a photo, none wearing masks. “Best $500 I ever spent,” Rep. Thomas Massie, R-Ky., said, seemingly referring to the $500 fine a House member can face for breaking the mask protocol. 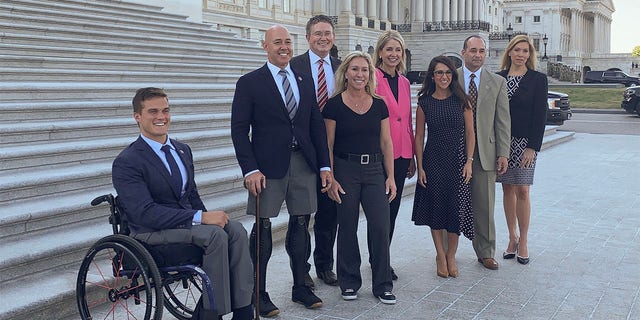 When asked by a reporter last week if she would update the House rules given the new CDC guidance, Pelosi gave a resounding “no” and questioned whether every member had been vaccinated.

More than 30 House Republicans, led by Rep. Bob Gibbs of Ohio, urged Pelosi in a letter to return to normal voting procedures in the chamber and to nix the mask requirement in response to the CDC update.

“The @CDCgov guidance today shows its time for Congress to practice what it preaches. There is no reason the House of Representatives should not be fully open and returned to normal operations. Enough with the Mask-erpiece Theater,” Gibbs said in a tweet.

The letter notes that Pelosi told reporters in late April 75% of House members are vaccinated.