Democrats in the education world are ready to say goodbye to Education Secretary Betsy DeVos, but divides within the party about who should replace her fall along familiar lines.

On one side, labor leaders like Randi Weingarten and Lily Eskelsen García are garnering attention. On the other, leaders and stakeholders who have historically clashed with labor are pushing district superintendents with experience overseeing major systems containing both traditional public schools and nonunionized charter schools. Tim Shriver, chairman of the board of the Special Olympics and a member of the Kennedy family, has also made clear to the Biden team that he is interested in the role, a source close to him tells HuffPost.

While most education groups stood united against DeVos, the current fault lines are a reminder of existing divisions in the Democratic Party around issues of education reform and school accountability.

Weingarten, the longtime leader of the American Federation of Teachers, the teachers union representing more than 1.7 million members, tells HuffPost it’s a privilege people would mention her name as a possibility, but she’s perfectly happy remaining in her current position, too.

“This has been my life’s work, so obviously it’s an honor people would mention it,” said Weingarten. 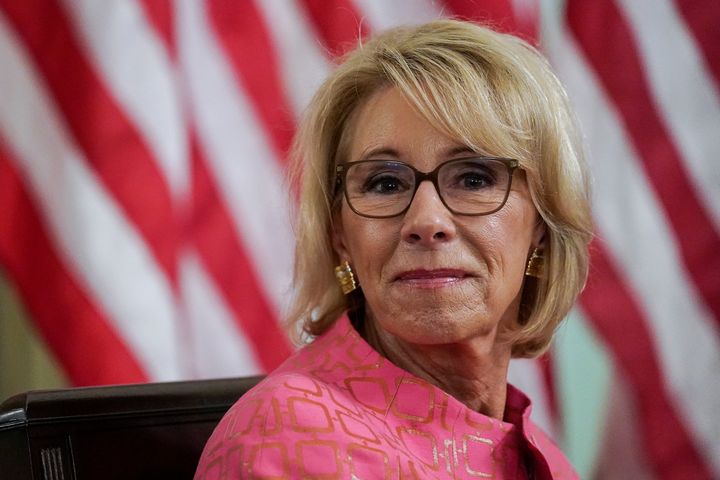 But Democrats for Education Reform, a group that has sometimes found itself at odds with unions, recently sent an email urging supporters to back several big-city superintendents for the job, as first reported by Chalkbeat. The group, which promotes charter schools and stricter accountability for poorly performing schools, mentioned Janice Jackson of Chicago Public Schools, William Hite of Philadelphia Public Schools, and Sonja Santelises of Baltimore City Schools.

“Dr. Santelises has heard about different conversations on this topic but prefers not to comment at this time,” André Riley, director of communications for Baltimore City Schools, told HuffPost.

A Chicago Public Schools spokesperson directed HuffPost to a local news story in which Jackson said, “I haven’t had any conversations with anyone on the Biden team related to that post.” A representative for Hite did not immediately respond to a request for comment.

The idea behind these picks is to get someone from the job who has positive relationships with labor, but isn’t beholden to it, says Shavar Jeffries, head of DFER. He notes that it’s “easier to have more unity when you have someone who isn’t rooted in any particular interest group.”

“Consistent with President-elect Biden’s impulse to bring stakeholders together, it makes sense to have a big-tent education secretary, who has constructive relationships with labor, civil rights advocates and parents,” said Jeffries. “We would like to see an education secretary who reflects these variety of interests.”

Weingarten has also made her own recommendations to the Biden team on who she believes would do a good job: Linda Darling-Hammond, president of the California State Board of Education; Betty Rosa, interim commissioner of education for the state of New York; Seattle Public Schools Superintendent Denise Juneau; and former Miami Dade College President Eduardo Padrón. Darling-Hammond, who currently heads the Biden education transition team, has said she’s not interested in the role, per EdSource.

Juneau said that while she is “aware of the speculation” around her name being mentioned for the position, she has “not been contacted” about it and remains focused on her current job. Rosa and Padrón did not immediately respond to requests for comment. 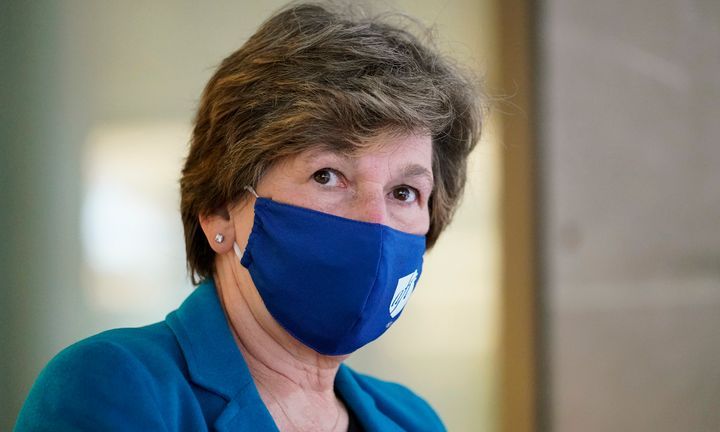 A source close to Shriver, who has long helped lead the Special Olympics, says that he is currently being vetted by the Biden team. He also previously spent time working as a public school teacher, fitting Biden’s requirement that the next education secretary have such a background.

Another source close to Shriver portrayed him as above the fray of debates within the education community on issues of school accountability.

“After decades of reform efforts in schools, most federal and state policy is mired in these culture wars and disputes and these debates. He believes they are unproductive and so divisive and expensive, and no one seems to be winning them, least of all children. He wants to figure out how we can teach children and how children actually learn,” said the source.

The Biden campaign says that “no personnel decisions have been made at this time,” according to a transition team spokesperson.

But both Weingarten and Jeffries emphasized that differences in opinion on issues of school reform are small potatoes when it comes to the larger issues currently plaguing schools surrounding COVID-19 and funding, emphasizing excitement over Biden’s campaign proposals to triple funding for Title I, which provides federal dollars to schools serving low-income children and to fully fund the Individuals with Disabilities Education Act.

Weingarten also took an optimistic tone when asked about further unity in the Democratic Party around education issues and especially charter schools. During the Obama administration, her union was deeply critical of his education secretary, Arne Duncan, just stopping short of calling for his resignation.

“I think there’s going to be a lot more focus on the great public schools, and looking at public schools and charter schools as ways of saying, what strategies really work and can you actually adopt them to help all kids,” said Weingarten of the Biden administration.

And while the Trump administration has presented itself as an ally of charter schools, its record on the matter was decidedly mixed. DeVos focused her efforts on pushing private school choice, which helps provide taxpayer funding for scholarships to private schools.

“Betsy DeVos doesn’t have anything to do with our agenda ― it’s a progressive reform agenda in the mold of Barack Obama and Bill Clinton and Hillary Clinton,” said Jeffries, noting that charter schools are most popular among parents of color. “Betsy DeVos has absolutely nothing to do with what we believe.”

The last year has posed unprecedented challenges for K-12 and higher-education institutions. The next education secretary will have their plate unusually full. Among the issues that need to be urgently addressed are how to handle issues of student loans amid a global pandemic ― Biden has already called for immediate forgiveness of up to $10,000 in debt for student loan borrowers; how to provide guidance and leadership on the issue of school safety during COVID-19; and how to address the digital divide during remote learning.

There’s “a huge short-term agenda in terms of stability. And then a huge long-term agenda about, what do we do to ensure that we are creating equity and excellence in terms of our public school systems throughout America?” Weingarten said. “It’s something that DeVos basically ignored or attacked over the course of the last four years.”

19/11/2020 Politics Comments Off on Goodbye, Betsy: Speculation Increases Over The Next Education Secretary
World News