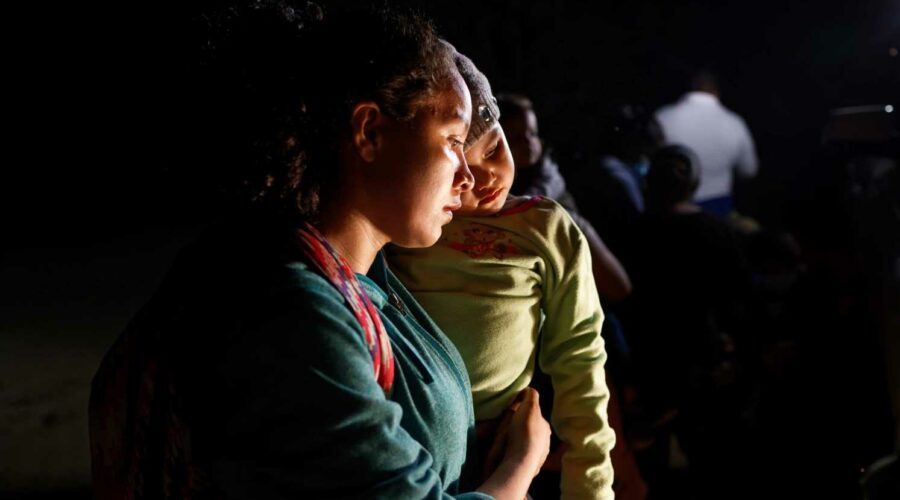 Creating a just and humane immigration system is one of the most urgent and challenging issues facing the Biden-Harris administration. And contemporary political rhetoric about immigration often trots out the unfounded, xenophobic and fearmongering argument that cracking down on immigration and immigrants is necessary for public safety. That couldn’t be more wrong.

As law enforcement leaders, we’ve seen firsthand how anti-immigrant policies make everyone less safe. We also understand the profound power of the president to influence immigration policy — in ways that can either promote or threaten public safety.

While comprehensive immigration reform and achieving a just and humane immigration system will require more than executive orders, President Joe Biden can get us closer to these objectives by taking action where he can. The White House recently rescinded rules from the Trump administration that allowed federal immigration officers to use courthouses to target individuals for possible immigration violations.

COLUMN: Biden administration needs to walk the walk on second chances for prisoners

This is an important step to building community trust, but the president must go further and end, once and for all, programs that entangle local police agencies in federal immigration activities.

Immigrants stand near the bank of the Rio Grande after crossing the river from Mexico on April 27, 2021, in Roma, Texas. (Photo: John Moore/Getty Images)

The solemn duty of prosecutors and law enforcement leaders is to seek justice, uphold the rule of law and protect the communities they serve. Promoting public safety through justice depends on earning and maintaining the trust of all members of the community — regardless of their immigration status.

More than 100 law enforcement leaders across the nation are urging the Biden administration to end Immigration and Customs Enforcement (ICE) programs like 287(g) agreements and ICE detainers that enlist local law enforcement agencies to engage in interior immigration control efforts. These programs threaten our most vulnerable communities, and in so doing, threaten us all.

The 287(g) program taps local law enforcement officers to perform the duties of federal immigration officials, including ascertaining immigration status, taking immigrants into custody, detaining them and transferring them to ICE. An ICE detainer seeks to engage local law enforcement agencies in locking people behind bars, absent any court order and often after they are legally entitled to be released. These programs are deeply corrosive to public safety as they erode bonds of trust. Biden can end them now.

COLUMN: In wake of Chauvin verdict, a look at policy changes that will curb police behavior

We’ve seen how these agreements make victims reluctant to report crimes or assist investigators for fear of being detained and deported. Witnesses are silenced, domestic violence and sexual assaults go unreported, and crimes remain unsolved. When any encounter with a police officer has the potential to ruin lives and tear families apart, members of immigrant communities avoid law enforcement at all costs — even when their personal safety, and the safety of their family and the public, is at stake.

Research consistently confirms these concerns. A recent study showed that after a jurisdiction implements a sanctuary policy, Latinos are more likely to go to police when violent crimes occur. And a survey conducted by a University of California professor found that if undocumented immigrants were told that ICE was working with local police, they were less likely to go to law enforcement when they witnessed a crime (a difference of 61% said they would avoid reporting) and when they were victims (a difference of 43%). Claims that these programs are necessary for public safety are often based on harmful stereotypes and misconceptions about immigrant communities. Evidence shows that immigrants are in fact less likely to commit violent crimes than native-born citizens.

POLICING THE USA: A look at race, justice, media

It doesn’t have to be this way.

COLUMN: The Supreme Court is wrong. Even children who kill don’t deserve life without parole.

In growing numbers, local law enforcement officials are speaking out against these misguided programs.

Federal immigration agents must do their jobs, just as local prosecutors and law enforcement must do theirs. However, mixing the two is not only a recipe for disaster for immigrant communities, but also for everyone with a stake in public safety.

Biden agreed with this assessment when he pledged to “end the Trump administration’s historic use of 287(g) agreements” because they “undermine trust and cooperation between local law enforcement and the communities they are charged to protect.”

Pledges are not enough, however. Now he must follow through and bring us one step closer to a new vision for our nation’s immigration system — one that prioritizes safety, humanity and protecting the American dream.

Eli Savit is the prosecuting attorney for Washtenaw County (Ann Arbor), Michigan. RaShall M. Brackney is the chief of police for Charlottesville, Virginia. Miriam Aroni Krinsky is the executive director of Fair and Just Prosecution and a former federal prosecutor.

03/05/2021 Politics Comments Off on Get state, local law enforcement out of the immigration business
Markets