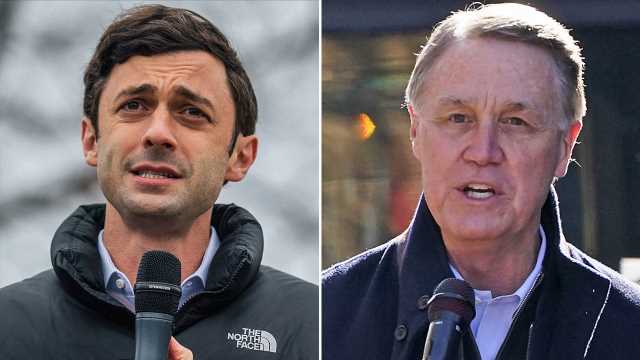 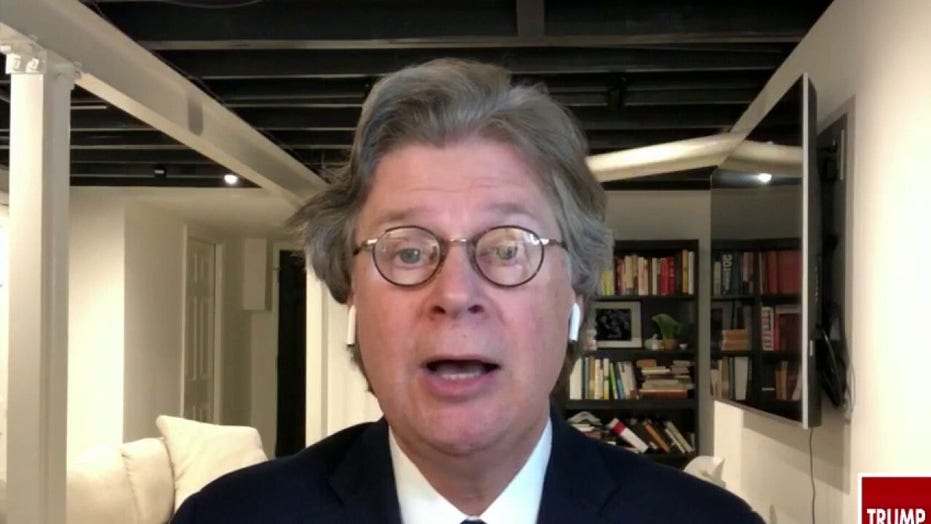 Byron York: Looks like a ‘disastrous night’ for Republicans in Georgia

Democrat Jon Ossoff on Wednesday morning declared victory in his Georgia Senate runoff against Republican Sen. David Perdue, who vowed to "exhaust" all legal options to make sure only "legally cast" ballots are counted.

The morning after Election Day in the Peach State’s twin Senate runoff contests, where the Republican majority in the Senate was at stake, Ossoff led Perdue by 17,025 votes out of roughly 4.4 million cast — or by a 50.2% – 49.8% margin.

As of Wednesday morning, the race remained too close to call for Fox News, the other networks and the Associated Press. 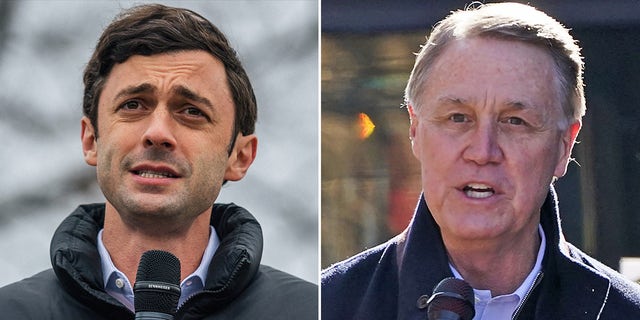 Hours earlier, Democratic challenger Raphael Warnock was projected to defeat Republican Sen. Kelly Loeffler, according to Fox News' Decision Desk, the other networks, and the AP. Warnock was leading Loeffler 54,183 votes – or by a 1.2% margin – as of Wednesday morning. If Ossoff also wins his race, the Democrats would win back the majority in the Senate for the first time in six years, as well as narrowly control the House, to go along with control of the White House when President-elect Joe Biden is inaugurated on Jan. 20.

The current results in both Senate runoffs account for approximately 98% of the expected total vote. Georgia Secretary of State Brad Raffensperger said late Tuesday night in a CNN interview that his office was estimating roughly between 4.5 and 4.6 million voters had cast ballots in the runoffs, which means at least 100,000 votes were left to count.

"Hopefully by noon we’ll have a better idea where we are," Raffensperger forecast.

Where are the remaining uncounted votes?

The majority of the votes that have yet to be counted appear to be mostly in Atlanta and its inner suburbs, which are heavily Democratic areas where Ossoff’s already run up huge margins over Perdue. DeKalb County, just to the east of Atlanta, said early Wednesday morning that they had roughly 19,000 ballots left to count.

Among those votes left to count in DeKalb and elsewhere are mail-in absentee ballots that were received on Tuesday, and provisional ballots. Fulton County, where Atlanta is located, said it had approximately 4,000 absentee ballots to count on Wednesday.

If the margin between Ossoff and Perdue remains razor-thin later on Wednesday, the contest could possibly go uncalled until Friday. That’s the deadline for military and overseas ballots to be counted by election officials.

If the second runoff remains exceedingly close, it may go uncalled until at least Friday. Certain ballots from military and overseas voters can be received by election officials through Friday and still count, while ballots from most domestic voters had to be in by the time the polls closed on Tuesday. Also, voters have until Friday to try and work with election officials to correct any problems if their ballot was rejected, due to inaccuracies such as a missing signature.

Georgia voters may be experiencing a déjà vu.

Two months ago President-elect Joe Biden’s razor-thin victory over President Trump in Georgia wasn’t projected until a week and a half after the election. Biden’s victory was upheld following two recounts.

But speaking to reporters on Wednesday, Gabriel Sterling – the voting system implementation manager at the Georgia Secretary of State's office – predicted that both Warnock and Ossoff would finish with margin greater than .5%. 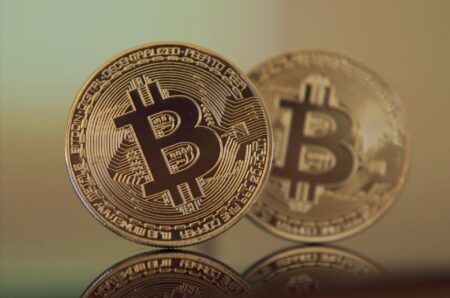