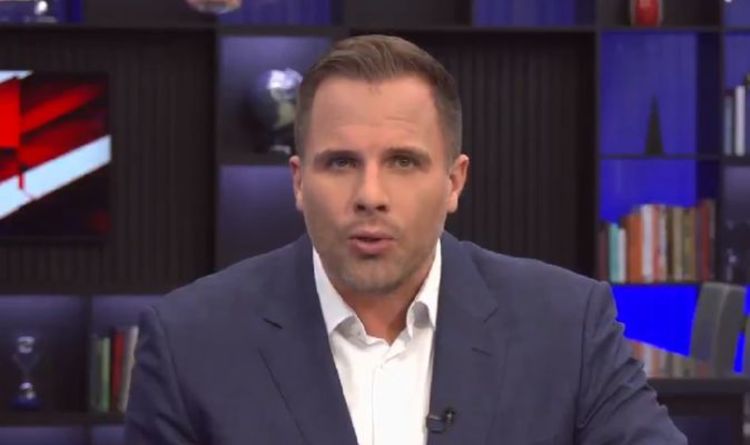 GB News host Dan Wootton has blasted the BBC and other “left-wing broadcasters” for blaming the current lorry driver shortage in the UK on Brexit. Mr Wootton argued that similar HGV driver recruitment problems have been seen across Europe and as far as China, suggesting the crisis was a global one. He argued that that the current driver and fuel shortage was a “self-fulfilling prophecy” that had been promoted by “nasty Remoaners”.

“Did you know that?

“Probably not if you’ve been watching the BBC.

“Or any other left-wing broadcaster these past few days desperate to pin this whole mess unfairly on Brexit.

JUST IN: Corbyn launches all-out assault on Starmer in call for radical action

“That’s simply not backed up by the facts on the ground.”

“In the US there’s a requirement for 63,000 extra drivers, while China needs four million more.

“As ex-Tory leader Iain Duncan Smith – who once trained as an HGV driver, by the way, told the Mail on Sunday, ‘the BBC insists on making this about Brexit and pretending that this is a problem confined to the UK.

“This is a Covid issue affecting not just the whole of Europe but the world.

“‘I don’t understand why they are doing this.

“‘But it is deeply misleading and the kind of reporting that leads to panic buying, as we have seen.’

“And that’s the real issue here: There is no shortage of fuel and if there hadn’t been the media hysteria from the usual suspects it’s unlikely we would have seen the panic buying that has caused chaos and carnage at the tanks the past two days.”

The GB News host added: “It, of course, became a depressing self-fulfilling prophecy that nasty Remoaners are sniggering about.

“Because they will, quite simply, never move on from the fact they lost, badly.

“Never one to miss an opportunity, some education unions have failed to dampen down suggestions that schools could be forced to return to home learning if teachers are unable to drive to school.”

“We all need to take a deep breath, and not make a bad situation even worse.”