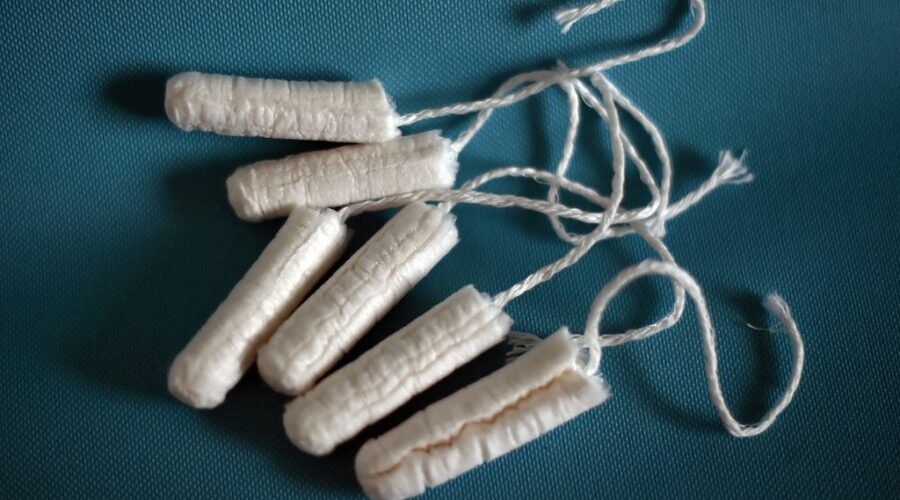 Talking about periods and menstrual products is still often taboo. To battle that stigma and address inadequate access to menstrual hygiene products (aka period poverty), Colorado will give students access to free products in K-12 public school bathrooms.

Gov. Jared Polis signed into law SB21-255 on Tuesday, which will create a grant program so eligible schools can stock tampons and pads. Colorado joins several other states — and countries — that provide these products to students.

One in 5 girls miss school because of a lack of menstrual products, according to a University of Michigan School of Public Health study released last year that called the issue a public health crisis. A New York City school’s pilot program found attendance increased by 2.4% after installing dispensers with free products.

She introduced the bill after some Arvada students came to her in 2019 asking for a statewide solution. They had to fight and raise money to get their school to provide the products for free in bathrooms, and they wanted to make sure other students didn’t have to go through that.

“There are a lot of students out there who are in school and they don’t have these products and they’re not readily available, and that has an impact on their education and their livelihood, and we shouldn’t just ignore the problem by not talking about it,” Titone said.

Two of the sponsors on this year’s bill — Democratic Rep. Leslie Herod and Sen. Faith Winter — passed a bill in 2019 requiring local jails to provide menstrual products to inmates, which received national attention after a viral video of Herod talking about women who were jailed having to barter for the products.

To support the important journalism we do, you can become a Denver Post subscriber here.

Have a question about Colorado politics? Submit it here and it’ll go straight to The Denver Post politics team.

Denver is hosting its biggest event in quite some time — the MLB All-Star Game, which moved here after Georgia instituted new voting laws. Sports fans and non-sports fans alike, check out The Denver Post’s coverage here.

Democrats this week hailed the signing of HB21-1251 — placing limitations on the use of ketamine by first responders — as one of their biggest wins this session on the policing and criminal justice front.

The law was inspired directly by the case of Elijah McClain, whom paramedics injected with a large dose of ketamine prior to his death in 2019.

Elijah’s mother, Sheneen McClain, does not see the signing as a win at all.

“The use of ketamine on Elijah McClain contributed to his tragic, senseless and brutal death. Ketamine is extremely dangerous and should never be used strictly for law enforcement purposes,” her attorney, Qusair Mohamedbai, told the Post on behalf of Sheneen McClain.

Herod, who was the lead sponsor, can’t argue.

“Her (Sheneen McClain’s) voice should be the one that speaks the loudest,” she said. “She wants to see a full ketamine ban and I agree with her, but we chose to take — we had to take — a more measured approach, and balance.”

Herod stopped short of saying a ban was scrapped explicitly to win votes in the statehouse, but added this week’s signing represented a “first step, definitely not the end.”

Seven Democrats who hope to beat U.S. Rep. Lauren Boebert in 2022 met online for the first time Tuesday during a meet-and-greet hosted by the Colorado Democratic Party.

Each candidate received five minutes to make their case. It was not a debate and there were no questions.

“Our candidates are smarter. They are more eloquent. They come with plans and proposals and policies. But that message hasn’t worked,” said candidate Debby Burnett, a veterinarian who lives in Jackson County. “The voters of the 3rd District haven’t voted for an establishment candidate for, I don’t know, a long time. They need somebody to listen to them.”

State Sen. Kerry Donovan, of Vail, talked about her legislative work on health care, including this year’s public-private health insurance bill and 2019’s reinsurance legislation. State Rep. Donald Valdez, of La Jara, talked up his work on telemedicine in the legislature and criticized a preliminary redistricting plan that would put his home in the 4th Congressional District instead of the 3rd District.

“I’ll tell you one thing: The Latinos are getting the short end of the stick in this redistricting. We as Democrats, we need to stand up now and (be a) voice for equality in this district,” he said.

Sol Sandoval, whose Pueblo home would also be moved into the 4th District under the draft plan, talked about growing up poor and her ideas on health care and education: “We’re all exhausted. It shouldn’t be this hard to live in the wealthiest country in the world.”

Colin Wilhelm, a defense attorney from Glenwood Springs, claimed he had received the votes of moderate Republicans during unsuccessful legislative campaigns in 2018 and 2020. Root Routledge, a Durango man who lost 3rd District primary races in 2018 and 2020, called himself “the rebel climate insurgency campaign and candidate.” Kellie Rhodes, a Crested Butte woman who works in youth treatment, talked about her campaign’s philosophy of “fierce empathy.”

The state party chairwoman, Morgan Carroll, ended by saying Democrats are trying an “experiment” — spending money in the 3rd District before a candidate is nailed down. The CDP hopes to launch billboards and radio ads before the June 2022 primary.

Denver’s options to change up its elections

The Denver City Council will discuss Lopez’s recommendations and decide whether to forward either of them to the November ballot for voter approval. At least one councilman, Kevin Flynn, has strong feelings on the topic.

Denver’s early May municipal election doesn’t give Lopez’s office enough time to organize, order and receive runoff ballots if no candidate wins 51% of the vote in their race. The worry is that the short turnaround could disenfranchise about 5,200 out-of-state voters (many of whom are serving in the military or traveling) and give them less time to cast an informed ballot.

It’s an issue that could arise as soon as 2023, when all 13 city council seats and the mayor’s office are up for election.

The clerk suggested the two choices, saying a ranked-choice ballot to eliminate runoffs entirely, the clerk said in a release.

But Flynn, who served on Lopez’s small committee to explore the city’s options, said he and a majority of that seven-person committee, preferred holding the election earlier.

He believes a ranked-choice ballot would unnecessarily complicate the election and potentially violate the city charter.

“By the way, Denver had ranked-choice voting before, from 1916 to 1935, and we elected a klansman three times (Benjamin Stapleton), a party machine boss (Robert Speer) once and a mayor arguably considered the most corrupt we’ve had (Dewey Bailey),” Flynn said.

Forward this newsletter to your colleagues and encourage them to subscribe.