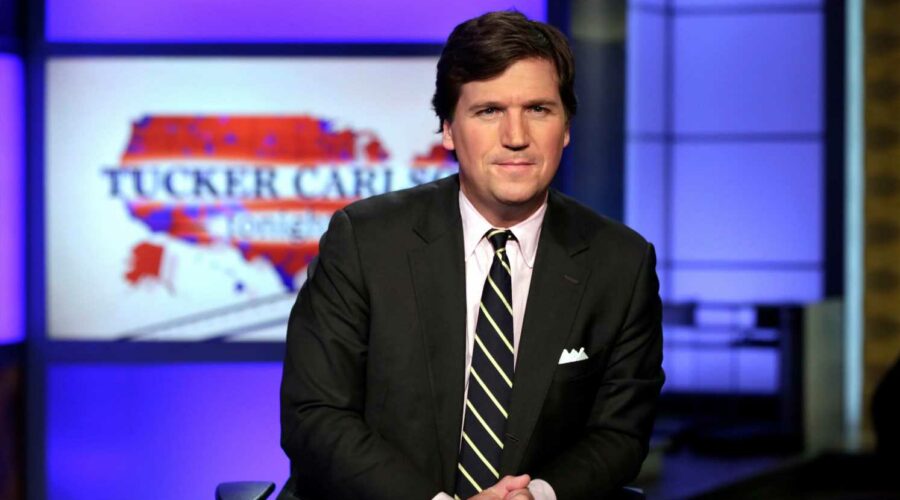 Fox News is courting death and danger by giving Tucker Carlson a platform to incite strangers to confront and harass mask wearers. I can tell you from personal experience that this can’t end well.

Two weeks ago I flew to Miami, where my cardiologist is, for a battery of medical tests because I suffer from cardiovascular disease and am at higher risk than most for a heart attack. Before heading to the hospital, I took off on an early morning walk. Coming from North Carolina, where masks were still required in public, I had mine on. I understood there’s no such requirement in Florida, where folks are free to wear — or not wear — a mask outdoors.

About 15 minutes into my walk, a stranger on a bicycle, coming from the opposite direction, slowed down as he approached. I thought maybe he knew me but instead he shouted: “You got a mask on? Yeah, I got a (expletive) mask. You want me to shove it down your throat?”

Whoa. Not only was I startled, but for a moment I was afraid of this person’s out-of-the-blue and incendiary rage. I wasn’t making any statement — political or otherwise — and I sure as heck was minding my own business. I wore it out of habit and to protect others. Even though I’m vaccinated, not everyone else is. In fact, only 27% of Floridians have gotten both shots (or in the case of the Johnson & Johnson vaccine, the single dose). As I’ve said often during the pandemic, our response needs to be about “we, not me.”

This is why I was wearing my mask. Even with the Centers for Disease Control and Prevention’s revised guidance that allows us to forsake our masks outdoors, some continue to wear them to protect themselves from other viruses (notice that you probably didn’t get a cold or the flu this winter, in large part due to masking), or because it’s hard or inconvenient to shed even new habits. Apparently, all this makes Tucker Carlson “uncomfortable.”

A few days after my run-in, Carlson used his primetime bully pulpit to urge his millions of viewers to confront strangers — like me — who choose to wear masks in public (and even to call 911 if they see kids wearing a mask). Carlson, whose program is regularly riddled with falsehoods, described mask wearing as a “sign of political obedience” and attacked those who wear them outdoors as “zealots and neurotics.”

There’s just so much wrong with Carlson’s cri de coeur. Notably, he continues his challenge of the overwhelming scientific consensus that masks help slow the spread of COVID-19. Still in doubt yourself? Check out this February study from the Journal of the American Medical Association: “Community mask wearing substantially reduces transmission of severe acute respiratory syndrome coronavirus 2 … in 2 ways. First, masks prevent infected persons from exposing others to (the virus) by blocking exhalation of virus-containing droplets into the air. … Second, masks protect uninfected wearers.”

Once upon a time, Carlson himself acknowledged that masks work. “Everyone knows that,” he said on air last spring. “Dozens of research papers have proved it. In South Korea, Japan, Hong Kong, the rest of Asia — where coronavirus has been kept under control — masks were key.”

Not only is Carlson dead wrong about his latest facts, but he’s continuing the politicization of masks as a blue state/red state issue, claiming they turn “citizens into drones,” rather than talking about them as a public health issue or, more important, how wearing them protects others. In his lengthy diatribe, Carlson pointedly and purposely did not call for his viewers to get vaccinated, the single most important thing we can all do to end this pandemic. Does he have a death wish — for the rest of us?

Firing up his base — oops, viewers

But what really worries me is that Carlson’s dangerous rhetoric is inciting viewers, like the man who accosted me, to take action against mask wearers. I was lucky. Last summer, police in Little Rock, Arkansas, said a 64-year-old woman was assaulted for wearing a mask in public. In her statement to police, the woman said she was struck in the face with a closed fist and knocked to the ground. She also claimed the assailants told her, “Maybe you would not be so ugly if you would take that mask off!” and “Democrats are baby rapists! Joe Biden is a baby rapist, too!”

We need your help: Are we about to hit a vaccine wall? If you have doubts about getting the shot, reconsider.

Carlson’s rhetoric, much like then-President Donald Trump’s inflammatory call to action before the Jan. 6 insurrection, fires up his base — oops, I mean his viewers — and gives them additional license to challenge and confront people they know nothing about.

“This is really, really dangerous,” tweeted former FBI special agent Asha Rangappa. “He’s moving from his viewers passively consuming his propaganda to having them act on it — against their neighbors. He’s testing his audience’s compliance.”

As for Carlson’s even more ridiculous suggestion that strangers call 911 or Child Protective Services if they see a kid wearing a mask, here’s some advice: Mind your own business and think about turning off “Tucker Carlson Tonight,” tonight and every night. Fox News should fire him before his dangerous rhetoric turns deadly, exactly the way Trump’s did on Jan. 6.

Steven Petrow, a writer on civility and manners and a member of USA TODAY’s Board of Contributors, is the author of five etiquette books. His new book, “Stupid Things I Won’t Do When I Get Old,” will be published in June. Follow him on Twitter: @stevenpetrow