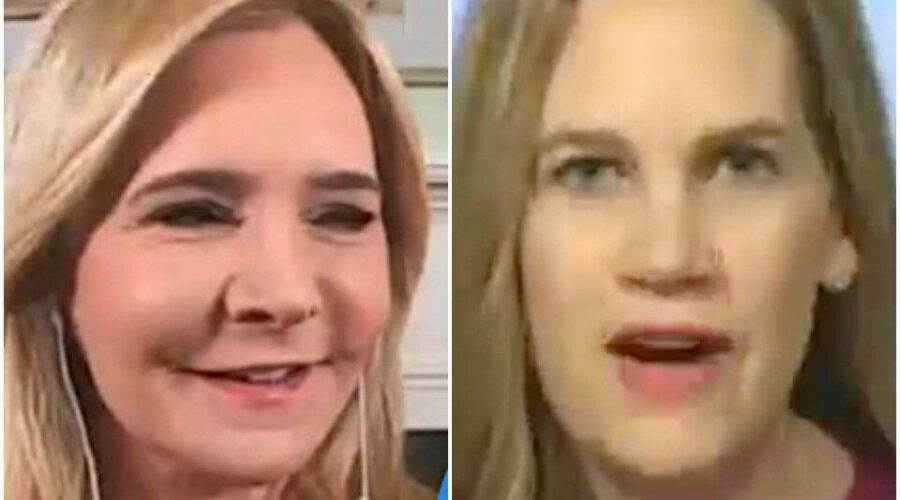 A Fox News panelist laughed at another guest on Sunday for defending Donald Trump’s arm-twisting of a Georgia election official. (Watch the video below.)

On Fox News’ “America’s News Headquarters,” A.B. Stoddard of the conservative news site RealClearPolitics cackled as right-wing attorney and political analyst Gayle Trotter tried to explain away the president’s apparent threats to Georgia’s secretary of state to “find” enough votes to hand him the state he lost.

Stoddard had already condemned Trump’s recorded phone call with Brad Raffensperger as “incredibly politically damaging to the president” after a “free and fair” election. Commentator Jessica Tarlov, who was a Democratic strategist, also chimed in, saying Republicans should retreat from their election denial in humiliation.

But Trotter, who has argued that a ban on assault weapons would be sexist and recently tweeted out the QAnon conspiracy theory slogan, disagreed.

“A.B. and Jessica just don’t get it,” Trotter said. “The voters who wanted President Trump to have a second term voted for him because he’s a fighter. He’s a man who fights.”

“A.B. said this would be politically damaging and Jessica is giving advice to her political opponent,” Trotter said. “Well, President Trump doesn’t take advice from political opponents, and here is yet another example where he shows that he’s going to the mat for the over 70 million voters who entrusted him to fight back and this is yet another opportunity where he understands the radical leftist agenda that Joe Biden and his administration want to push.”

Watch the exchange below: