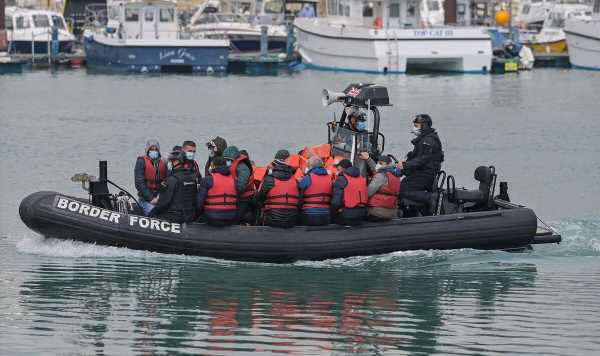 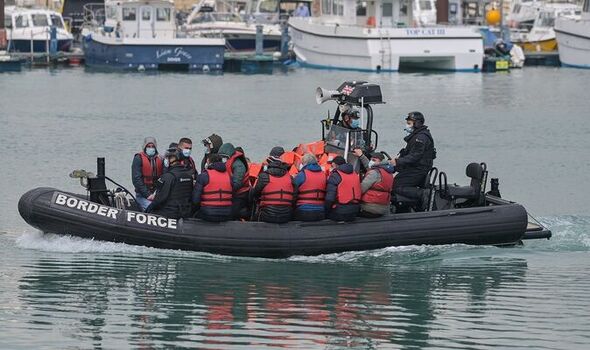 Whitehall insiders say the migrants scheduled to be resettled under the Home Secretary’s plan will be given details of their deportation this week. The initial batch are understood to include several men who arrived in the UK recently after crossing the Channel in small boats.

But ministers are braced for the procedure to be held up by legal action.

A Whitehall source said: “We are cracking ahead with this policy. The first asylum seekers we expect to deport to Rwanda will be notified this week.”

The move comes after Ms Patel agreed a deal with the Rwandan government for migrants, suspected of crossing the Channel illegally for economic reasons, to be resettled in the EastAfrican nation.

The £120million to fund the operation will come from British taxpayers.

Ms Patel struck the arrangement following concerns about the growing numbers of migrants making the dangerous crossing by small boats from France.

An analysis of Government figures showed that 7,240 people this year had reached the UK after navigating busy Channel shipping lanes.

But the strategy has provoked criticism from opposition MPs, refugee support organisations and antideportation activists.

Demonstrators disrupted a speech on Friday evening by the Home Secretary at a Tory party function.

Eight young social justice and climate campaigners from the Green New Deal Rising group burst in on the Bassetlaw Conservative Association spring dinner in Nottinghamshire and demanded that she drop the plans.

Boris Johnson has warned that “liberal Left lawyers” are preparing legal action to try to block the process.

Meanwhile, Dominic Raab yesterday promised “common sense” measures to make it easier to deport foreign offenders as part of a shake-up of human rights laws that will be announced in tomorrow’s scheduled Queen’s Speech to Parliament.

The Justice Secretary accused some lawyers of taking advantage of the Human Rights Act and said there had been “elastic interpretations” of the law in the courts that had prevented criminals being sent back to their home countries.

Reforming the Human Rights Act was promised in the 2019 Tory manifesto.

“I’m proud that we’ve got a judiciary that’s the envy of the world over – but equally there will always be those that will take advantage.

“But the truth is the job is on us, the responsibility is on us, and we take that very seriously, to correct the systemic problems.

“This is why we are going to replace the Human Rights Act with a Bill of Rights so we have got less shifting of the goalposts, less elastic interpretations of human rights, which I think the public finds frustrating in the context of deporting foreign national offenders.”