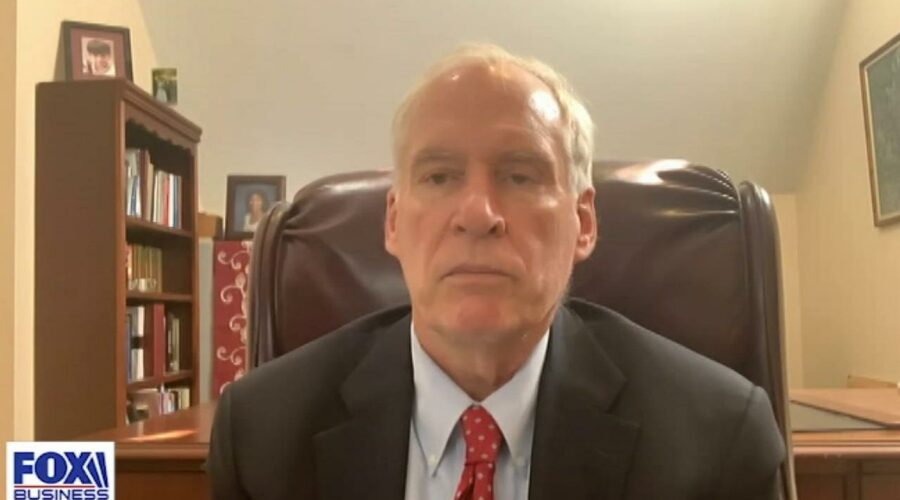 The president of the Federal Reserve Bank of Boston added his voice Monday to a growing number of people, inside and outside the Fed, who say the central bank should soon begin to dial back its extraordinary aid for an economy that is strongly recovering from the pandemic recession.

Eric Rosengren said in an interview with The Associated Press that the central bank should announce in September that it will begin reducing its $120 billion in purchases of Treasury and mortgage bonds "this fall." The bond buying, which the Fed initiated after the coronavirus erupted in March of last year, has been intended to lower longer-term interest rates and encourage borrowing and spending.

Rosengren also echoed some of the Fed’s recent critics by arguing that the bond purchases are no longer helping to create jobs but are instead mostly helping drive up the prices of interest-rate sensitive goods such as homes and cars. Home prices are rising at the fastest pace in nearly 20 years.

With inflation surging in recent months, the Fed has come under criticism from Republican members of Congress for continuing the bond purchases while also keeping its benchmark short-term interest rate pinned near zero. Last week, a Democratic senator, Joe Manchin of West Virginia, echoed that concern, urging Chair Jerome Powell to start tapering the bond buys.

Rosengren’s suggested timetable for tapering is faster than most economists expect Powell to follow based on Powell’s recent remarks that the job market needs to show further improvement. But like Rosengren, a number of other Fed policymakers have expressed support for a faster reduction in bond purchases. They include Christopher Waller, who serves on the Fed’s influential board in Washington, and James Bullard, president of the Federal Reserve Bank of St. Louis.

Other officials, though, have expressed a preference for a slower timetable, similar to what Powell has suggested. Fed Governor Lael Brainard, for example, said late last month that she wants to see jobs and inflation data for the month of September to gauge how much progress the economy has made. That data won’t be available until October.

"There is clearly a gap opening up at the Fed," said Neil Dutta, an economist at Renaissance Macro Research.

Vice Chair Richard Clarida said last week that the economy’s rapid recovery would likely mean the Fed could start lifting its benchmark interest rate in early 2023. Dutta noted, however, that Clarida’s term on the Fed’s board will end in January.

Late last month, Powell said at a news conference that Fed officials would discuss tapering its bond purchases at upcoming "meetings," which would include September, foreclosing the possibility of an announcement that month, Dutta said.

Fed officials have said the economy needs to make "substantial further progress" toward its goals of maximum employment and annual inflation at modestly above 2% before the central bank will begin to pare its bond purchases. Rosengren said that he believed that this criteria had already been met with inflation, which has surged above 2% since this spring, and was close to being fulfilled in regard to jobs.

According to the Fed’s preferred measure, inflation reached 4% in June compared with a year ago. Excluding volatile food and energy prices, it was 3.5%, the fastest year-over-year growth since 1991.

"I would expect if we continue to have (jobs) reports like we’ve had over the last two, with very substantial payroll employment gains, that by the September meeting, we would, in my view, meet the substantial further progress criteria, and that would imply starting to taper sometime this fall," Rosengren said.

The economy added a robust 943,000 jobs in July, the government reported Friday, and the unemployment rate fell last month to 5.4%, from 5.9%. That followed a similarly strong report for June.

Rosengren said that while he agreed with Powell that current inflation levels were mostly driven by temporary factors related to supply shortages, such as spikes in used car prices, other factors such as rising wages were likely to persist and keep inflation at least slightly above 2% through next year.

Powell and some other Fed officials, including Presidents Mary Daly of the San Francisco Fed and Neel Kashkari of the Minneapolis Fed, have said they remain focused on making more progress in reducing unemployment before pulling back on the Fed’s stimulus efforts. Even after last week’s jobs report, the economy still has 5.7 million fewer jobs than before the pandemic.

Yet Rosengren suggested that the bond purchases, which are intended to boost consumer and business spending and spur demand for workers, are less effective when demand for labor is already strong and is being held back by disrupted supply chains. Many of the unemployed have concerns about contracting the virus at a job or have children to care for. Some have been receiving a soon-to-expire $300-a-week federal unemployment supplement or have been holding out for higher pay.

"If you continue to purchase assets, the reaction primarily is in pricing, not so much in employment," the Boston Fed president said. "I don’t think asset purchases are having the desired impact on really promoting employment."

Home prices are soaring, yet just 8,300 jobs were added in residential construction last month, Rosengren noted. Fewer than 1,000 jobs were added in auto manufacturing. Nearly all the 943,000 jobs added were outside those two interest-rate sensitive sectors that Fed policies are intended to bolster.

09/08/2021 Politics Comments Off on Fed's Rosengren: Stimulus wind down to begin by fall
Markets