Former Atlanta Fed President Lockhart on prospect for US recession

Former Atlanta Federal Reserve President and CEO Dennis Lockhart argues ‘there’s no reason to automatically assume a recession’ given that ‘the underlying fundamentals of the economy are strong.’

"So the markets and the public know pretty well what is going to happen in the near-term if the economy evolves more or less the way the Fed expects it to."

Powell alleviated some concerns of a looming economic recession after he rejected the possibility of an even larger interest rate hike than the one the U.S. central bank announced on Wednesday.

HOW THE FEDERAL RESERVE MISSED THE MARK ON SURGING INFLATION

Bond yields fell and stocks recorded their best day since 2020 after Powell helped to calm investors, who worried that the Fed's aggressive tightening of monetary policy in order to tame the hottest inflation in 40 years could tip the economy into a recession.

In remarks after the Federal Open Market Committee voted to raise its key interest rate by 50-basis points for the first time since 2000, Powell rebuffed any suggestion that a mega-sized, 75-basis point increase is on the table at future meetings. The S&P 500 rose 3% following his comments, the biggest jump since May 2020. The Dow Jones Industrial Average jumped 2.8%, or 932 points, while the Nasdaq Composite rose 3% as Powell signaled a "soft landing."

"I think we have a good chance to have a soft or softish landing or outcome, if you will, I'll give a couple of reasons for that. One is households and businesses are in very strong financial shape," Powell said during the news conference on Wednesday.

"It’s a strong economy and nothing about it suggests that it’s close to or vulnerable to a recession," he added.

"Now, of course, given events around the world and fading fiscal policy effects and higher rates, you could see some slower economic activity." 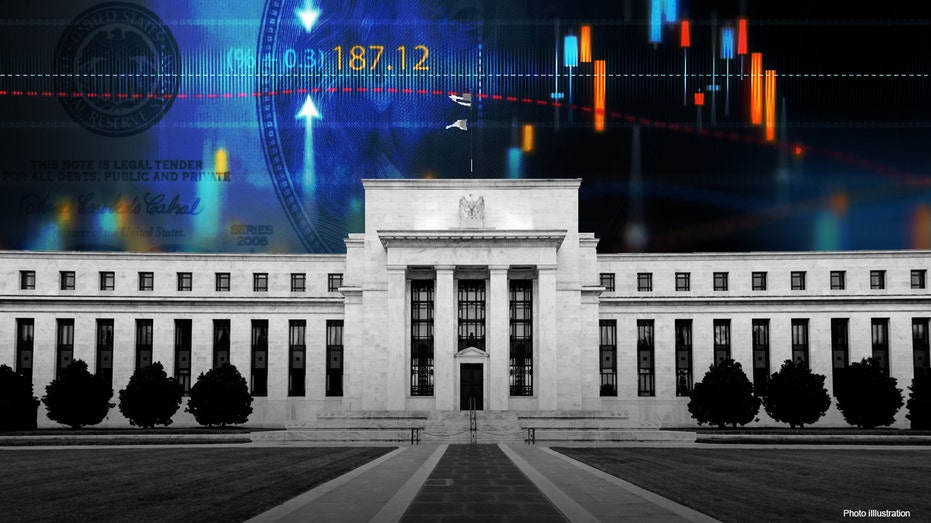 Federal Reserve Chairman Jerome Powell says nothing about the economy “suggests that it’s close to or vulnerable to a recession.” (istock / iStock)

U.S. job growth continued at a brisk clip in March, suggesting the labor market is still strong as it confronts the highest inflation in four decades, global supply chain constraints and new headwinds from the Russian war in Ukraine.

The Labor Department said in its monthly payroll report released last month that payrolls in March rose by 431,000. The unemployment rate, which is calculated based on a separate survey, fell to 3.6%, the lowest level since February 2020.

The April jobs report will be released on Friday. 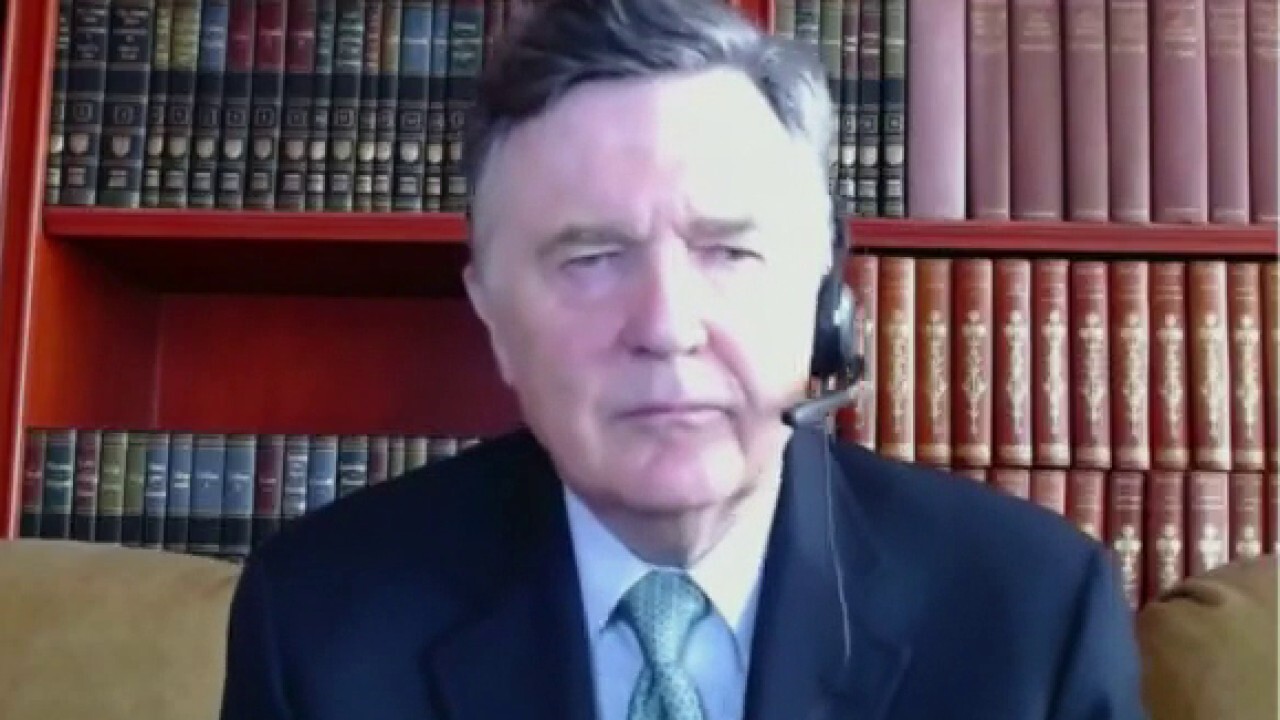 Former Atlanta Federal Reserve President and CEO Dennis Lockhart argues that it is possible for the central bank to ‘engineer a soft landing’ given employment is strong, but noted that it is important to pay attention to ‘how things evolve.’

Lockhart told host Maria Bartiromo on Thursday he is "a defender" of Powell’s point of view.

He pointed to the "strong employment situation" and "strong consumer activity."

"And so I think as he [Powell] said in his press conference yesterday, there are a number of possible scenarios, possible futures, but certainly one of them is a softish landing," Lockhart said.

He also argued that "there’s no reason to automatically assume a recession" given that "the underlying fundamentals of the economy are strong, the consumer "is very active" and "we’ve got a strong employment picture."

He stressed that it’s still plausible for the Fed to "engineer a softish landing or a soft landing," but "we just have to see how things evolve," especially since the war between Russia and Ukraine continues and given COVID lockdowns in China.

A recession refers to a contraction in gross domestic product (GDP) activity, the broadest measure of goods and services produced across the economy, for two consecutive quarters. 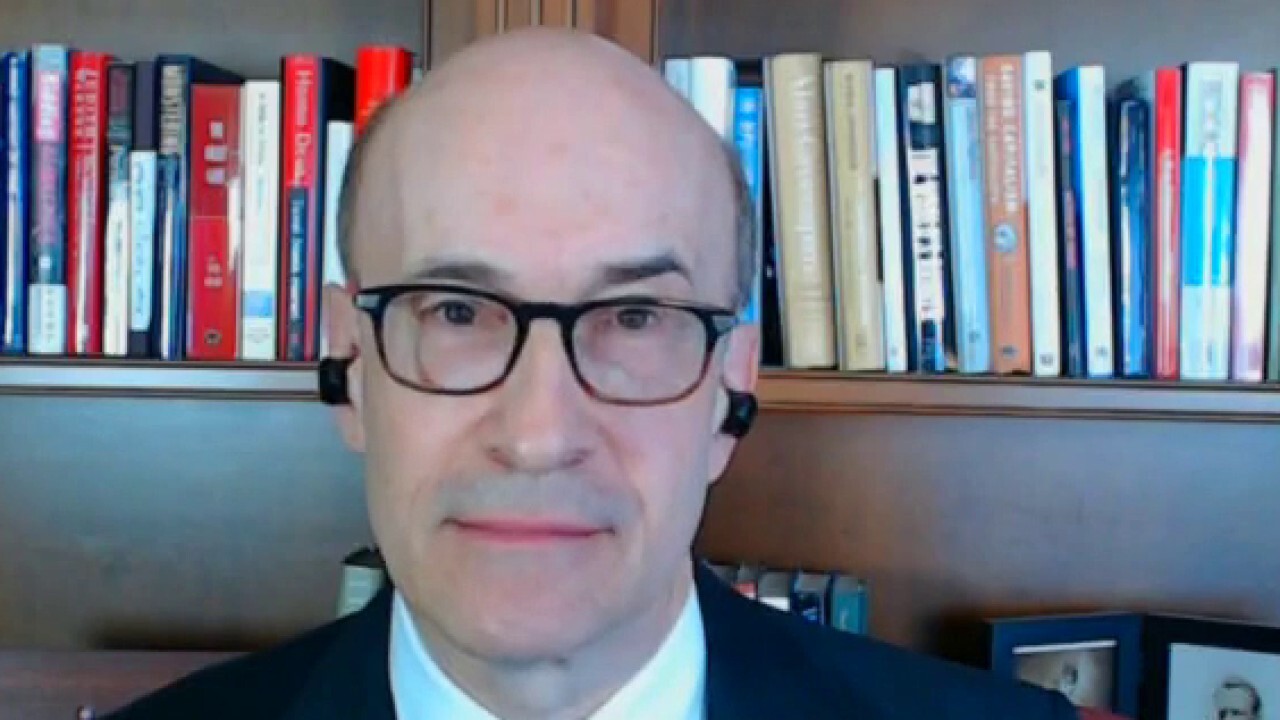 Harvard economist on ‘shocking’ contraction of US economy in Q1

Harvard University professor Kenneth Rogoff, a former chief economist at the International Monetary Fund, tells ‘Mornings with Maria’ that GDP falling at a 1.4% annualized rate is ‘even below the worst’ he thought it might have been.

Last week, the Commerce Department revealed in its first reading of the data that GDP fell at a 1.4% annualized rate in the three-month period from January through March, as snarled supply chains, record-high inflation and labor shortages weighed on growth and slowed the pandemic recovery.

Lockhart told Bartiromo that he doesn’t "think you can take much signal from the first quarter," given there were "some unusual factors."

"Net exports, for example, reflected the fact that the U.S. consumer was very strong, there was a lot of demand while the rest of the world was relatively weak," he noted.

"I view the first quarter as more of an anomaly in the full year story," Lockhart added. "I don’t expect contraction in the second quarter."

05/05/2022 Politics Comments Off on Federal Reserve ‘took a lot of policy uncertainty out of the picture’: Dennis Lockhart
Markets