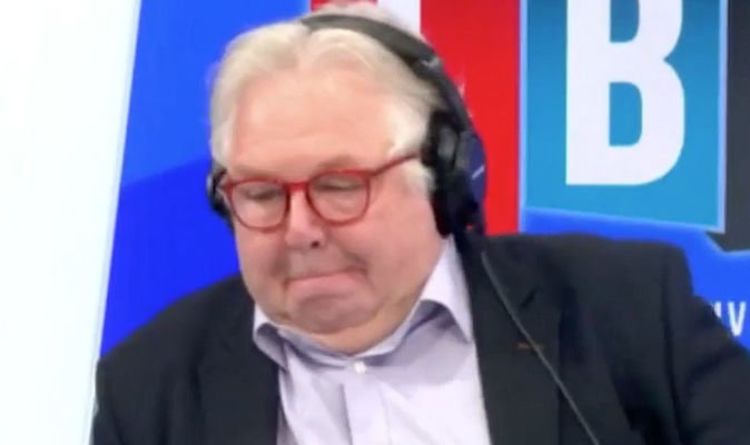 Boris Johnson has come under fire again this week due to allegations that Tory MPs threw a Christmas party at No 10 last year whilst imposing strict lockdown rules on people in the UK. The Prime Minister apologised for his staff and confirmed an investigation on the claims has been launched but maintained no party ever took place.  Many Brits are furious at the leak and calls for Boris to get the sack have hit a peak since the news broke of the Christmas bash allegations.

Philippa said: “I do not think it’s funny at all, it’s not a laughing matter, I’m literally speechless my blood is boiling.

“I would love to of seen my family last year, last Christmas, my daughter lives in Copenhagen she couldn’t come over and I couldn’t visit her.”

She added: “My parents are elderly they live 98 miles away, I didn’t get in a car I didn’t go and visit them, I did exactly what I was told to save other people as well as myself.”

Mr Ferrari chimed in to ask the caller: “Is there anything the Prime Minister could say today that would mitigate your anger.”

Before Mr Ferrari could finish, Phillipa added: “Absolutely not Nick, absolutely not, no!

“Because there has been a catalogue of errors, it started with Dominic Cummings visiting the castle because he wanted to check his eyesight.”

“All of this is just absolute rubbish. Honestly the British public are sick of this now he can’t come back from this.

“How the hell, sorry to swear, how on earth can he condone that behaviour, not only that insult us by actually laughing.”

Speaking of the leaked ITV press conference clip with former Downing Street Press Secretary Allegra Stratton, who dodged the questions about the allegations of a secret Christmas bash last year, caller Phillipa said: “That spokesperson to the Government laughing at us the British public, that is essentially what she was doing.”

“Laughing at the fact that we are abiding by the rules and they are not, they’re making the rules up but they’re not actually sticking to them, themselves it’s disgusting Nick.”

Confronting Mr Johnson about the video during PMQs, Keir Starmer said: “An internal investigation into what happened – the situation is as clear as day. I thought last week was bad enough.

“Surely the Prime Minister hasn’t now going to start pretending that the first he knew about this was last night? Surely we have all watched the video of the Prime Minister’s staff including his personal spokesperson.

“They knew there was a party, they knew it was against the rules, they knew they couldn’t admit it, and they thought it was funny.

“It is obvious was happened. Ant and Dec are ahead of the Prime Minister on this. The Prime Minister has been caught red-handed. Why doesn’t he end the investigation right now by just admitting it?”

Mr Johnson responded: “Because I have been repeatedly assured that no rules were broken. I understand public anxiety about this… but there is a risk of doing a grave injustice to people who have frankly obeyed the rules.

“That is why the Cabinet Secretary will be conducting an investigation, and that is why there will be requisite disciplinary action if necessary.”