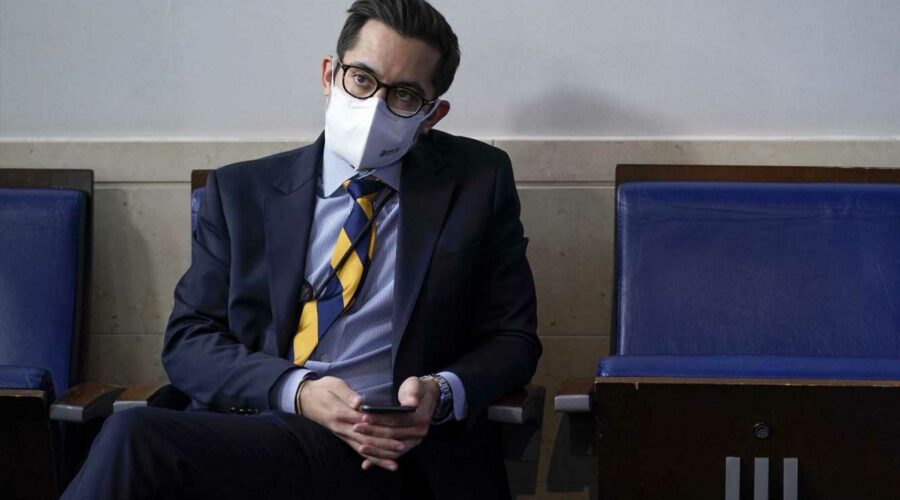 Ducklo is now working for Risa Heller Communications, which is run by its namesake, Risa Heller. She was once a communications director for Senate Majority Leader Chuck Schumer, D-N.Y., and had a stint working for former New York Gov. David Paterson.

She confirmed the hire to political newsletter Punchbowl News.

"Like all of us, he's made mistakes, paid the consequences, and learned from it," she told the outlet, which ran the announcement Wednesday morning. "We're incredibly excited to have him on our team where he's already leading high-profile crisis and issues engagements in NY, LA, and globally, and becoming a trusted advisor to corporate leaders."

Heller didn't respond to requests for comment Tuesday after CNBC inquired about whether her firm had hired Ducklo.

According to the firm's website, Ducklo started working there in June.

Heller also did some work for former President Donald Trump's daughter, Ivanka Trump, according to Buzzfeed.

Ducklo, who has lung cancer, was briefly suspended from his White House post before he resigned due to reportedly telling a reporter "I will destroy you." He also reportedly made derogatory and misogynistic comments to the reporter, who is a woman.

He apologized after the reported incident in February.

People who first told CNBC about Ducklo's new employer, before the annoucement in Punchbowl, declined to be named in order to speak freely about a hire that had yet to be announced.

Heller's office specializes in corporate and crisis communications, conducting campaigns for nonprofits, along with assisting in issue advocacy and regulatory affairs, among other items. With his ties to Biden and the administration, Ducklo could be of assistance on the regulatory front for Heller's clients.

Ducklo and Heller did not return repeated requests for comment, notably not denying anything CNBC asked them about the former deputy White House press secretary.

Many of the firm's others leaders come from a wide range of backgrounds, including previous stints at Fox News, the New York Post and within Sen. Amy Klobuchar's office.

Prior to Ducklo leaving the Biden administration, he was known to be one of the president's closest communications advisors. He previously was Biden's chief campaign spokesman.

Ducklo also has experience outside of politics, including as a communications director for NBC News.